How Planned Parenthood Slipped Into Guatemala
Skip to content 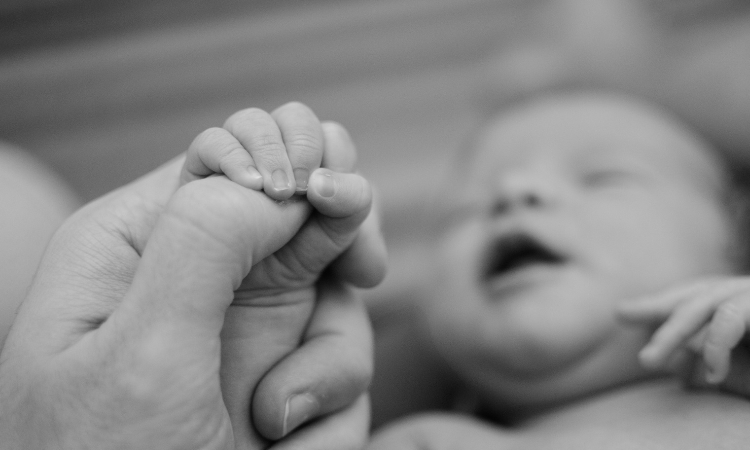 This is not the first time Guatemalans have rejected a foreign, proabortion organization. (Canva)

On Monday, November 2, the Guatemalan government’s Official Gazette published the ministerial decision 231-2020 authorizing Planned Parenthood Global Guatemala LLC, a foreign nonprofit, to open a local chapter in Guatemala. The document ordered the inclusion of Planned Parenthood and its legal representatives in the Registry of Legal Entities (REPEJU).

Following the uproar of Guatemalans against Planned Parenthood, known for promoting abortion in the United States and other countries, President Alejandro Giammatei issued a new ministerial decision on November 4 overriding its authorization to operate in the country.

How did Planned Parenthood arrive in Guatemala?

Planned Parenthood Global Guatemala was registered as an LLC in Delaware, the United States, on July 11, 2017. In Guatemala, the entity’s paper trail begins with two notarised public incorporation deeds on February 4 and August 14, 2018. The public notary who certified the documents was Alejandro Del Valle Porres.

Foreign nonprofits that incorporate in Guatemala are registered with the REPEJU following authorization by the Ministry of the Interior and a favorable opinion by the Office of the Inspector General. Planned Parenthood’s application went unnoticed until its publication in the Official Gazette.

In early 2020, the Heritage Foundation, a conservative think tank based in the United States, published a brief indicating that Planned Parenthood broke its own record of annual abortions performed: 345,672 from October 1, 2017, to September 20, 2018.

On its website, Planned Parenthood notes it collaborates in Guatemala with APROFAM, a nonprofit “with over 40 years of experience [and] Guatemala’s largest non-governmental sexual and reproductive health provider.” Nevertheless, APROFAM does not perform abortions, which are illegal in Guatemala in virtually all cases.

Why do Guatemalans reject Planned Parenthood?

Article 3 of Guatemala’s Constitution protects life from the moment of its conception. Further, the Criminal Code punishes all abortion except for therapeutical reasons, i.e., when the mother’s life is in danger.

However, this is not the first time Guatemalans have rejected a foreign, proabortion organization. In February 2017, Guatemalan authorities expelled a boat from the Dutch NGO Women on Waves that performed abortions on the sea. Without citing a source, this organization claims that almost 65,000 induced abortions are carried out in Guatemala every year.

Legal status aside, most Guatemalans do not approve of abortions. In a 2019 survey by the local think tank Liberty and Development, 90 percent of respondents said they were against legalizing abortion.

This fact became evident on October 2, 2018, when tens of thousands took to the streets in the march “Guate for Life and Family,” one of the largest demonstrations ever celebrated in the country. The crowd brought together civil-society groups, Catholics, Protestants, and Jews who defend life from its conception.

Who opposed the opening of a local chapter?

The nonprofit Association Family Matters (AFI) was among the first to denounce the ministerial decision 231-2020, as well as Congressman Álvaro Arzú Escobar. On October 29, before Planned Parenthood’s authorization surfaced, AFI had launched a campaign to get Guatemala to adhere to the Geneva Consensus Declaration and assert the country’s defense of life from its conception.

Joining these initial sounds of alarm were hundreds of Guatemalans taking to social media to voice their concerns with slogans and hashtags such as #GuateAbortoNo, #FueraPlannedParenthood, and #GuateEsProVida. On November 2, the scandal became a trending topic on Twitter.

“I am a staunch defender of life and I am adamant in stressing my administration will not endorse the creation, registration, or operation of any organization that is against life,” the president tweeted on November 2.

Guatemala’s Evangelical Alliance issued a strong-worded message as well: “The unrest is evident within the ranks of all those who seek that our society, rather than allow cultural decadence, strengthen and uphold families and life from its conception as expressed by our Constitution.”

Was the president’s decision correct and why is NGO legislation necessary?

AFI’s legal director, José Estuardo Córdova, told Impunity Observer that besides overriding the ministerial decision that authorized Planned Parenthood, the Guatemalan government could have also nullified its inclusion in the Registry of Legal Entities.

“I believe there was negligence on the part of the Ministry of the Interior for not researching what Planned Parenthood was,” he added.

Córdova pointed out that Article 5 of the Law on Nongovernmental Organizations for Development, passed in 2003, says: “The act of registering [an NGO] does not validate the provisions contained in the articles of association that contravene this law’s provisions and those of other standing legislation.”

On the other hand, Edgar Ortiz Romero, legal director of Liberty and Development Foundation, argues the president’s decision to override the registration of Planned Parenthood without judicial oversight undermines the right to freedom of association and “is an absolutely arbitrary decision and one of the most serious violations of the rule of law we can conceive.”

Although the Guatemalan population largely celebrated the president’s move, the elephant in the room is the lack of proper legislation to ensure that these foreign NGOs abide by local law and that they use their funds exclusively toward those activities for which they were authorized to carry out in Guatemala.

Another precedent is Oxfam America Inc., registered with the REPEJU on September 5, 2013, and Oxfam Great Britain, registered on March 1, 2007. Oxfam is an international NGO that defends abortion and has criticized world leaders and governments that still criminalize it. For them, just like for Planned Parenthood, abortion is an important part of women’s reproductive health and empowerment.

Bill 4-2020, passed by Guatemala’s Congress earlier this year, seeks to give government authorities the tools to monitor NGOs and bring transparency to their actions within Guatemala.

However, at the request of several NGOs, Guatemala’s Constitutional Court has granted a temporary injunction against Bill 4-2020 and suspended the reforms.

As long as there is no legislation promoting the transparency of foreign NGOs, Guatemalans will keep mistrusting and rejecting them at the slightest hint of suspicion.