The Frenzied Last Act of the Watergate Brigade
Skip to content 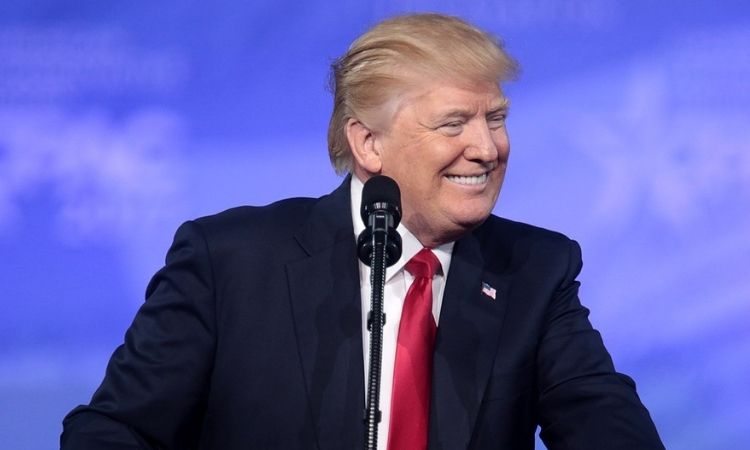 “Watergate lust” has created another outlet in the campaign against Trump’s presidency. (Gage Skidmore)

Author’s note: This article was first published by the Daily Caller in June 2017, when the Obama-Biden persecution of President Donald Trump, by means of the Mueller investigation, was in full swing. Since that time, the parties to the dispute have remained the same, as have their motives. The entire original article is here presented unchanged—only followed by a brief afterword which brings the reader up to date.

For half a lifetime, political radicals have been crossing a desert. Three decades ago, the collapse of communism and the destruction of the Berlin Wall turned them into orphans of history.

American leftists, determined and resourceful, have gotten a firm grip on the levers of mass culture. But even with that, and with one of their own—a genuinely gifted politician—a two-term president until earlier this year, they have not gained a reliable base in the American public; and they have been humiliated by Donald Trump’s victory.

Today, the leftist core is in reach of a most improbable political victory. It’s been able to get there by reprising the events of 45 years ago in which the Washington establishment, led by news media, unseated a president.

Watergate was the real American insurgency—a hundred times more vital or lasting than any other movement of the time. No less an authority than Bill Clinton has said that it permanently changed the balance of forces in American public life, to the media’s advantage.

For many in the media, the sheer intoxication of that event is still a living thing. “Watergate lust” has created another outlet in the campaign against Trump’s presidency.

Commentators have already espoused the idea that the current crisis is Watergate-sized—or even bigger. Many more such proclamations are sure to come. They will be to historical truth as Kitsch is to art. Indeed, the short-order analyses do not even come up to Kitsch.

As a journalistic eye-witness to the real Watergate, this writer can attest that the comparison is false in an almost total degree. But a powerful human emotion is on the field, and not to be ignored. It is nostalgia—the sentiment of a mature man who could never get past being captain of his college football team.

Many of the media people who have helped us into the current pass are people who grew up in journalism through Watergate. They were players on an obscure team that managed to turn up in the Rose Bowl, and win.

How must it feel to those players, today, to have a second chance at immortality? To be playing in the Rose Bowl once more, not at 20 this time but at 65?

A great deal of the emotion fueling the media war against Trump is an indestructible yearning for the bygone day on which we destroyed a sitting president. Come back, come back, and win again!

The table for the current crisis was set last summer, before the election, by people whose mentors had led the nation into Watergate: the editors of The Washington Post and The New York Times.

An unsigned editorial in The Post had this headline: “Donald Trump is a Unique Threat to American Democracy”.

The Times, for its part, published a declaration by its so-called mediator, who weighs and balances the paper’s practices. The front-page piece announced that Trump’s candidacy had put the norms of journalism itself into question.

You don’t have to read very far to see that, for the people at those journals, candidate Trump was not simply guilty as charged; he was guilty before being charged. By the way, subsequent coverage of the Trump administration has not strayed from those previews.

Whatever this thing is, it’s not Watergate. The excitement of Watergate, and its catharsis, derived from the fact that Nixon was an established president; the evidence against him rose up from within the workings of a fully formed administration.

Here’s another difference. Nixon’s offenses were concrete; they were made known, and could be balanced against Nixon’s virtues in the long view of history.

Watergate was a victory for the republic. Even Nixon reconciled himself to it. But today some of his enemies are still stuck with a grudge; and they are bearing it against Trump.

The storm-clouds over this president have a real air of the drumhead about them. If this process does not get clean, and fast, we could easily wind up with something far worse than Watergate: a show trial that shows nothing, and breaks the republic for good.

Afterword: In November 2020, we do indeed have something far worse than Watergate. It is the specter of a fraudulent election largely abetted by the selfsame Watergate Brigade whose members, even today, style themselves the vanguard of a free press.