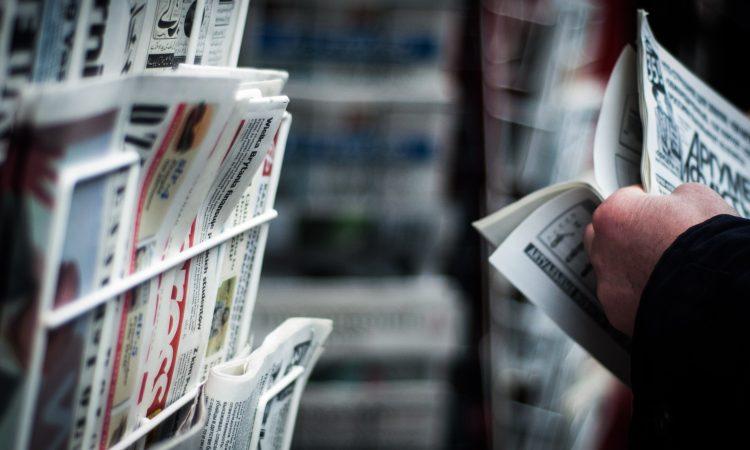 For media, danger lies in going against the canonized version of events. (greenzowie)

Guatemala has lately been a focus of international attention, and the present writers have extensive knowledge of the politics of this country.  Even so, we were surprised when we were contacted by a reporter from the McClatchy news organization, which has a wide reach in US news markets.

The reporter, a certain Benjamin Reeves, was based outside the capital, in the tourist enclave of Antigua. He said he was preparing a report on the controversy surrounding Guatemala’s attorney general, Claudia Paz y Paz, who was facing a reappointment challenge that she eventually lost. As it happens, Paz y Paz has been a huge favorite among activists of the international left — including, most prominently, the Obama State Department. As Mr. Reeves described his dilemma to us, he easily found people to praise Dr. Paz y Paz but could not locate dissenting views, and he feared he was not getting the whole story. He had then learned of us and wanted to know in detail why we felt as we did.

Our surprise stemmed from the fact that, when international media cover Guatemala, they gladly do so in line with what are called progressive viewpoints. This is by now universal; even conservative media like the Wall Street Journal and Fox News have largely bought into the leftist playbook on Guatemala. No journalist anywhere is going to be in trouble for sticking to those views. Quite the opposite: danger lies in going against the canonized version of events, as we ourselves have experienced time and again.

Even so, we decided to work with Reeves. The invitation to speak with a journalist whose work reaches many thousands of people in the United States is not something that comes to us every day. So we opened our dossiers to Reeves; we saved him time and legwork. He talked to us with respect, and he promised to let us know when his article was published.

Reeves did not honor his word; it was only afterward that we were able to locate the article he had written with our help. When we read his lead paragraph, we understood that this was not going to be a piece of courageous or insightful reporting: “Attorney General Claudia Paz y Paz is a small, soft-spoken woman with the quiet mannerisms of an academic, which she is. But she also displays a dogged perseverance that has made her a champion of human rights and the rule of law. And that may put her out of a job soon.”

This kind of encomium is distressingly typical of how Paz y Paz has been treated by the international press. She exemplifies those political figures who are far more popular outside their country than they are inside it. Indeed, she is the Eddie Haskell of international politics—easy to admire, as long as you don’t look around the sides.

During her term as attorney general, Paz y Paz had a perfect understanding of her power base. It was the network of international bureaucrats who admired her statistics, and whose satisfaction became her first priority. She had no qualms about monkeying with lawful procedure for the purpose of keeping her statistics and her political profile up to snuff.

In Reeves’s account, Paz y Paz’s “most virulent critics are far right groups that say they promote the rule of law but oppose the application of human rights norms and the prosecution of crimes…” The facts we had shown to Reeves gave a strikingly different picture. During Paz y Paz’s tenure, her most determined critics were not rightists. They were people in her own ministry — prosecutors and other officers of the law whom the attorney general had thwarted in their efforts to apply the law fairly.

The norms of law enforcement did not support the attorney general’s agendas of statistics-padding or preferential treatment for so-called human rights groups (in reality, mostly left-wing militias). For this reason, Paz y Paz was regularly in conflict with prosecutors whose priority was the law, rather than political maneuvering. Unlike the international bureaucrats with whom Paz y Paz played politics, those prosecutors saw the dark side of Eddie Haskell’s face; and numerous officials with long, distinguished records were forced out of the justice ministry, their careers and lives crushed by the Paz y Paz juggernaut.

Reeves’s reporting reflected none of this. It also showed a skewed understanding of human-rights issues. In an article of May 2014, decrying the appointment of Thelma Aldana as attorney general to replace Paz y Paz, he made this revealing statement: “…Aldana may favor amnesty for crimes committed during the 1960-1996 civil war, and her selection is seen by many as a death knell for the genocide prosecution of Ríos Montt, who ruled 1982-1983 in a particularly brutal phase of the war.”

Contrary to what Reeves suggests, amnesty in Guatemala is not a retrograde notion. It is the law of the land, a key provision of the 1996 peace accords. It reflects the fact that crimes in the fighting were committed on all sides. In the interest of national reconciliation, it grants a general pardon. The amnesty does not apply to exceptional crimes like genocide, but no genocide was observed or reported during the conflict; members of all ethnic groups had fought on different sides. That has been the Guatemalan reality.

It is most certainly not the international leftist point of view, however. In this view, to which Reeves and his bosses at McClathy subscribe, the only crimes in Guatemala were committed by the army and its bosses. Since former military and political leaders like Ríos Montt could not be convicted of crimes under the amnesty law, the charge of genocide was fabricated and imported after the fact. Such was Paz y Paz’s view of how to resolve the legal issues left over from the conflict. The ex-guerrilla faction was to be the beneficiary of reconciliation, while former military and political leaders were to be the victims of it.

Reeves’s reporting, in sum, reflects a standard of shoddy journalism that admits careless political judgments as only one of its failings. The essence of the matter is this: aside from Paz y Paz herself, whom Reeves obviously interviewed, all the sources for his stories about the attorney general, with a single exception, are foreign to Guatemala.

The sources have these addresses: the University of Washington (Seattle); the American Bar Association Center for Human Rights (Washington, DC); the Open Society Foundations (New York); the Due Process of Law Foundation (Washington, DC); Human Rights Watch (New York); and George Mason University (Fairfax, VA). The author also cites statements by the Embassy of the United States and by the International Commission Against Impunity in Guatemala, an arm of the United Nations. While those last two groups have postal addresses in Guatemala, they are not Guatemalan.

Here’s the ironic exception: the only Guatemalan group whose views are reflected in Reeves’s reporting is ours: the Pro-Patria League of Guatemala, a nonprofit association. In his report, Reeves labeled the Pro-Patria League as an organ of the extreme right—precisely the way Paz y Paz herself has described us. But our purpose, over several decades, has been to build support for the rule of law in Guatemala. In politics that is a liberal goal, not a rightist one.

It might well be that Reeves wanted to have us in his report because he needed to include some indigenous viewpoint. In any case, the balance is revealing. In Reeves’s journalism, as in life itself, extravagant praise for Paz y Paz came from foreigners, while skepticism came from the home ground. Paz y Paz’s defeat, which Reeves lamented, was entirely fitting, but to the international left she remains a victim and a heroine whose spirit lives on. Call it the Eddie Haskell principle; it’s alive and well and living in this country.

This article first appeared in the FrontPage Mag.
Steve Hecht contributed to this article.