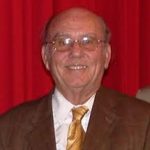 Orwell's Prediction Is Closer Than Ever to Becoming a Reality

Guatemalans Must Wake Up to UN-Backed Subversion of Justice

Leave on Your Own Terms before Guatemala Shows You the Door

Imagine what would happen in Mexico if foreign bureaucrats tried to do what they do here in broad daylight?

You’ve already let me know, in countless different ways, what you think of me. My answer to you has been in process for nearly 60 years.

Guatemala has lately been a focus of international attention, and the present writers have extensive knowledge of the politics of this country. Even so, we were surprised when we were contacted by a reporter from the McClatchy news organization, which has a wide reach in US news markets.