What Gives an Anarcho-Capitalist Hope for a Free Cuba?
Skip to content 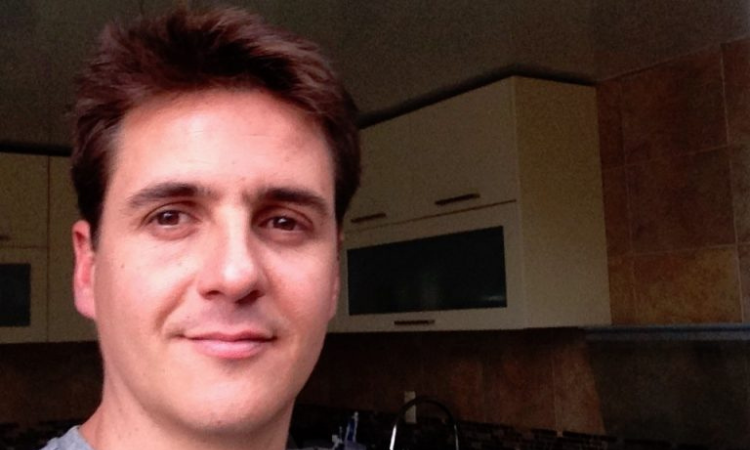 Ray Luna Rodríguez is a teacher, blogger, and advisor to Mises Cuba. He lives in exile in Mexico with his wife and son. (Ray Luna)

What is the status of resistance against the regime? Is the current approach futile?

Aside from the organized opposition, I would say that today there is a rising force against the Castro regime on the streets, and without a doubt this has reached its highest ever level of influence. We, the explicit resistance, have matured. As a formal opposition we are better organized and continue to grow, and we are not afraid to demonstrate in public.

Back in the 1970s, human-rights advocates such as Ricardo Bofill Pagés confronted the government almost on their own. For that reason, the government could easily remove them without any worries—usually with long jail sentences.

In contrast, Cuba now has an increasing number of opposition political organizations — all of them illegal. That means we do not know the precise number of people involved, but their development is a tremendous step forward, and the visibility of these groups is much greater than what we had 10–15 years ago.

Certainly, human-rights concerns hold top priority on the agenda of the Cuban opposition. However, even though we are at our peak in recent history, new and unforeseen problems have emerged. In particular, legitimacy is a fundamental challenge. I am talking about moral legitimacy, as opposed to legality.

Unfortunately, new and rising political personalities and shadow parties are divided and have provoked suspicion and mistrust in public opinion. That includes the political sphere within Cuba and the exile community or diaspora.

We have, for example, a new party called the Patriotic Union of Cuba, which happens to be the same name used by Marxist Colombian narco-terrorists in the 1980s. Is this a mere coincidence? Perhaps, but we Cubans soon find ourselves quarrelling over the matter. The party’s leader is José Daniel Ferrer García, and he was one of the 75 dissidents arrested in 2003. Likewise, he was one of the most prominent advocates for the Varela Project, an initiative of the Christian Liberation Movement, written by Oswaldo Payá Sardiñas (1952-2012).

Another example is the case of Eliécer Ávila—leader of Somos+ (We Are More)—an engineer and former activist in the Union of Young Communists. His history became known publicly when he got into a televised confrontation with former President of the National Assembly Ricardo Alarcón de Quesada. Now he introduces himself as one of the most intelligent and critical young opponents to the regime, but people cannot forget his despicable excuses with the media in the days following the revelation. Likewise, he refuses to march with the Ladies in White, and to excuse himself he makes accusations of corruption in the opposition.

In the eyes of the international community—those worried about Cuba—this is all mere triviality and political intrigue, to which one need not pay much attention. Well, that doesn’t impede the negative sentiments from spreading. Further, writer Zoé Valdés, an exile in France, has said the regime is constructing a faux or controlled opposition in the way of Felix Dzerzhinsky (the Russian communist revolutionary and executioner). I dare to affirm that the axiom, “just because you’re paranoid doesn’t mean they aren’t after you,” fits us Cubans like a glove.

On the other hand, even if we still have the old parties, such as the Christian Liberation Movement and Independent and Democratic Cuba, with earned credibility, we should not write off the new as bad and the old as good. The relatively new Ladies in White, for example, fail to get other organizations joining their protests, despite the fact that they are the victims of brutal police suppression every Sunday. They deserve enormous legitimacy for their struggle to liberate political prisoners, which itself is a disaster.

The circumstances we find ourselves in point to division and dissent within the opposition. In my view, this challenge stems from the problem of moral legitimacy and prevalent caudillismo—the belief in the need for a strongman or military ruler to right whatever problems we have. This inclination creates an unworthy alternative in the fight against the Castro regime, and it is a defect in the opposition that rises time and time again.

By the way, new digital-media channels have emerged on the island and gained notoriety. One example is 14yMedio, owned by Yoani Sánchez Cordero. Some people see these outlets as another trick from the government, and to confirm this suspicion, they refer to the fact that Cuban socialism is inherently tyrannical and a destroyer of liberty. Their growth and acceptance, while others get shut down and censored, suggests the regime has no problem with them.

My approach to handling this friction is to apply an epistemological criterion known as class probability. Since we cannot know all the individuals and their motives within each organization, we should not get so distracted and just focus on the bottom line: does it oppose the regime? Does it further the opposition cause?

The most important goal right now, as we push for transition, is the existence of some space for liberty, even if it is a little. Then we have a means by which, bit by bit, we can rebuild the social fabric. Keep in mind, if Castro is infiltrating an opposition that aims at peaceful transition, the opposition is, inadvertently, in the regime too.

In other words, don’t let naysayers get us down: support all the opposition groups and work together! Rather than fight among ourselves, we must remain focused on the ruling sociopolitical status quo, which keeps Cuba frozen in time. We have enough problems to deal with, and I haven’t even talked yet about problems like the regime’s blackmailing of the opposition and our challenges with limited financing.

Who knows whether our battle is futile? Regardless of our chance of victory, any struggle for liberty has enormous significance and value. The Cuban opposition, on and off the island, are engaged in a dignified battle that has global implications.

What, if any, libertarian community exists in Cuba? What have they achieved?

Yes, there is a small libertarian community within Cuba. It is a very recent and growing movement that, by the way, was begun by Joisy García, who is now in exile. Nelson Rodríguez Chartrand, a lawyer in Havana, is now the director of Mises Cuba and the Cuban Anarcho-Capitalist Club. However, the resources to grow this seed of libertarianism within Cuba are still very scarce. Such activities are made even more difficult by censorship, which impedes our ability to share ideas on the island.

Chartrand is trying to expand Mises Cuba into an international association and garner a network of support. Around the world, there are more and more Cubans interested in the philosophy that follow us on social networks, which we see as an initial success. Nevertheless, I should point out that the wider Cuban opposition is our principal target. We want their future leaders to fully understand the principles of capitalism and a free society.

This task has already been started by Carlos Alberto Montaner — the sole intellectual liberal in the opposition who has been making our case for more than 40 years, with plenty of fight still left in him.

The purpose of my own blog, Socialist Rhetoric, is to try to engage the opposition with the ideas, no matter where they are. In particular, that means the three libertarian thinkers with the most influence: Ludvig von Mises, Ayn Rand, and Murray Rothbard. In my own case, I am more interested in the philosophical aspect of libertarianism, and often refer to Hans Herman Hoppe and Walter Block.

My hope is that people will at least read my perspectives, and not because I want to blow my own horn. Rather, because I truly want a better future for Cuba, in which capitalism is the social system adopted by society with pride. We, the libertarian Cubans have, without doubt, a steep road ahead in the coming years.

What is the best-case scenario for Cuba in the next 10-20 years?

Without hesitation, I want to see Cuba become a bastion for global capitalism, while socialism seems to be gaining ground in the rest of the world. I dream of Cuba as an illuminated liberty lighthouse, even relative to North America, and see it as the future for a people traditionally identified with peaceful and cooperative ways of life. Cubans, in general, love freedom, and I don’t believe that, once liberty is restored, they will let it to be stolen again. We had it before, so why not again!

How can foreign organizations or individuals help?

Fundamentally, they can help by spreading information. This simple interview is very important. I am sure that after this interview many other libertarians of the world will want to know more and will contact us because of our work.

I should add that we’ve received minimal support from the foreign libertarian community and would like the chance to be more involved. Sympathetic media outlets are particularly important, because that is how we can get the attention of the exiled opposition and share classical-liberal and libertarian thought.

What is your opinion of the US policy of allowing all Cubans to arrive and stay? Is that only leaving the weakest behind, unable to fend for themselves?

I mentioned legitimacy earlier, and this begs me to return, because it impacts both the government and the opposition. Reinstated relations with the United States has two sides of the coin. On the one hand, the government gains political legitimacy on the global level, and this has been heightened further by overseeing the FARC peace deal. However, there may be some obligatory openness, which the government is trying to resist, to technology and communication.

In other words, the iron curtain that has blinded citizens for many years is falling down. Technology always beats authoritarianism, and a well informed citizen is largely a freer citizen.

Further, as an anti-imperialist and noninterventionist, I am favorable to the political approach. However, I understand that Cuba is not a country for the US government and its cronies, but a business opportunity.

I have no idea how the transition will take place, but I suspect that reinstated relations will likely have consequences that will take the Cuban regime by surprise. One of the outcomes could well be the abolition of the Cuban Adjustment Act, which allows Cuban exiles to reside, without question, in the United State and forget about the afflictions of their home country.

This change would oblige Cubans to take care of themselves and find another solution, apart from escaping their problems. It could end the widespread political apathy among the Cuban population, at home and abroad.

Change, good or bad, is inevitable. By running away from our own problems, we have delayed necessary change for far too long.

Paz Gómez and Fergus Hodgson translated this interview from its original Spanish.