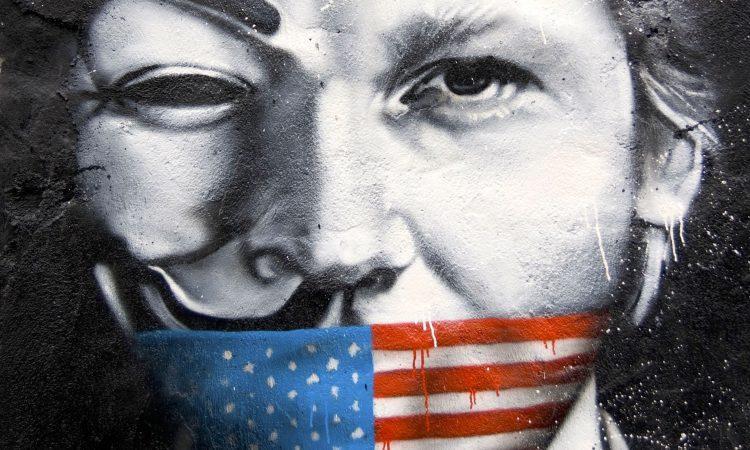 The Wikileaks dumps on Hillary Clinton and the Democratic Party sucked the air out of the room. (Thierry Ehrmann)

No, you didn’t misread the title. The WikiLeaks dump of many thousands of emails has helped Hillary Clinton’s campaign by removing attention from anything else, except those pronouncements by Donald Trump that the media can latch onto and sensationalize.

For more than three decades we have seen a stream of overwhelming evidence that Hillary Clinton is corrupt. Many investigations of her foundation have been published this year. We don’t need confirmation “beyond a reasonable doubt” to know that she used the office of Secretary of State for her personal benefit.

In the debate Wednesday evening, Clinton didn’t deny the corruption charges. Rather, she deflected them by blaming the Russians for attempting to influence the US election. Don’t think about the revealed content of the emails; just think about the awful Russians who prefer Donald Trump.

Clinton is already inoculated against the charges. Ever since Bill’s presidency, the two have successfully politicized all charges against them. Either we take the side of evil accusers who want to malign their beneficial policies, or we are together with them on the side of good.

The body of our news media has willfully abandoned journalistic principles, just as many universities have cancelled the free exchange of ideas, in favor of what’s known as political correctness — the enemy of freedom.

The few media that actually do investigate and report on Clinton still act from a conviction that people care about what they report. But large numbers of Americans don’t seem to care. They appear to accept the constant politicizing of issues, even beyond the obvious Clinton corruption and manipulation.

The doubters are left with no good alternative. The Clinton boosters and their media cohorts have more than demonized Donald Trump. Commentators assure us: “If the election is about Trump, Clinton wins; if it’s about Clinton, Trump wins.” The commentators have made the election about Trump, and let Clinton escape the brunt of scrutiny.

Don’t be fooled. Any other Republican would have been demonized in largely the same way. This is what our politics have become. On the way, we have forgotten what a democracy is about — living together in peace under a set of rules that apply to all. Once our elected leaders exempt themselves from the law, democracy itself begins to unravel.

In this environment, reporting on Clinton corruption has the effect of pouring more water on a duck’s back. The few news media not in the tank for Clinton are consumed with reading the many thousands of WikiLeaks emails because they are competing for the best stories; while Clinton can laugh at their efforts because she’s already immune from the charges.

Meanwhile, the media ignore other stories that shed light on who Clinton really is, and show that her administration will be not only corrupt but anti-democratic. One such story is the manner in which Clinton’s policies have helped a violent anti-American regime take power in Guatemala.

Acting largely through surrogates, Clinton has dismantled Guatemala’s fragile democracy. She even intervened on behalf of this agenda as a private citizen, long after leaving Obama’s administration.

Clinton has not simply harmed a neighboring nation. She has damaged the US by increasing illegal immigration, with the violence and poverty her policies have exacerbated. The well-established illegal route from Central America to the US, including the porous border Clinton favors, is ripe for use by terrorists.

The strategies of the radical collectivists whom Clinton and Obama imposed on Guatemala are eerily similar to those the administration has applied in the US itself. Especially worthy of note is the divisive promotion of victim groups that serves as a pretext for increasing central government power.

In each country, law-enforcement officers have been demonized and restrained by the top leadership, which has entered the fray to confer de facto authority on irregular actors. In Guatemala, most of the countryside is today dominated by guerrilla-style militias that claim to act in the name of “indigenous rights.”

In the US, Obama’s administration has attacked the legitimacy of police forces and praised the moral authority of the Black Lives Matter movement. Clinton is a leader in the same mold. With her “basket of deplorables,” she has announced her intention to act in the spirit of divide-and-conquer.

Our myopic media are content to focus on news that the campaigns feed them; as well as on the apparent bonanza that has fallen into their laps courtesy of WikiLeaks. At the same time, they ignore the degradation of our institutions and avert their eyes from the really bad news. We Americans indulge this myopia at our own peril; and the peril is imminent.

Steve Hecht has produced and posted a mini-documentary, From Hillary With Love, that details Clinton’s role in imposing a radical collective regime on Guatemala.