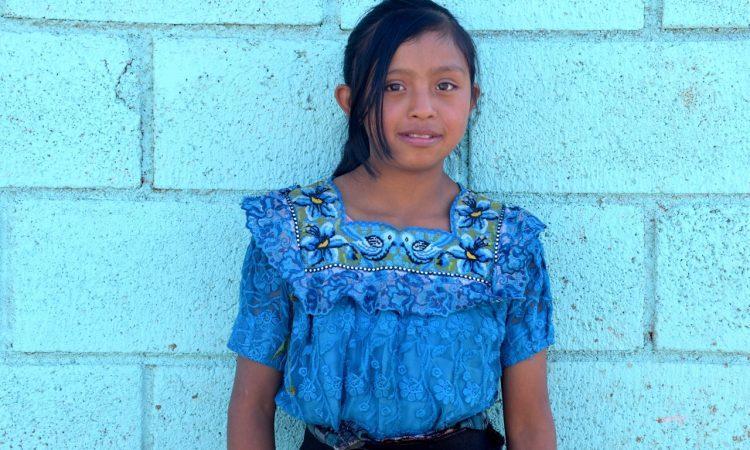 The young people need across-the-board changes, including resistance to foreign sabotage, for them to realize their nation's potential. (amslerPIX Photo)

The people of Guatemala deserve a better life. Period. My research team and I have reviewed the political situation in Guatemala during our recent six-week fact-finding trip. The review included a deep dive of public records, subject-matter expert interviews, and literature searches. It revealed that Guatemalan people have been manipulated by every powerful sector operating inside the country as well as external pressures from outside the country. They deserve a better standard of living, a secure and safe living environment from internal and external threats, and hope and happiness.

Learn from the horrors of the past; however, do not be obsessed by living in the past. Do not allow the past to overcome expectations and hope for a better future. Obsess about the future.

To achieve this will take a balanced approach across all domains of society. That includes: economics and prosperity; politics and governance; social interaction and the rule of law; national security — internal and external to Guatemala; national infrastructure to support each of these domains; and information to inform the Guatemalan people — truthfully, transparently, and uncensored.

To lead and balance uniformed growth in all these interdependent domains will require competent, engaged, honest, transparent, and accountable (to the Guatemalan people) governance. Less than two years ago, the nation elected a president, with almost 70 percent of the national votes. President Morales was not a career politician. He campaigned on an anti-corruption platform stating that he was “neither corrupt, nor a thief.” There are only two persons in Guatemala that were elected by all the people to lead and balance “all the principal domains” in Guatemala — President Jimmy Morales and Vice-President Jafeth Cabrera.

Thelma Aldana, the Guatemalan attorney general, is appointed by the president. Although she has “legal independence” from the president, she has no independent “political authority.” Iván Velásquez of the United Nations’ CICIG (International Commission against Impunity in Guatemala) is an invited guest supporting the authority of Guatemala’s attorney general. George Soros is an unelected Hungarian billionaire that finances his Open Society Foundations to undermine democracies around the world, to include donating to the CICIG.

What should the Guatemalan people expect from these powerful forces impacting their lives?

President Morales: Lead the Guatemalan people with competent, engaged, honest, transparent, and accountable governance. Balance your efforts across all the domains highlighted above (to ensure economic prosperity for Guatemalans). Deliver on your campaign promises and initiate the appropriate reforms to: confront corruption — especially in the Judiciary systems; stop human-rights abuses; extend “community policing” to protect indigenous people in the rural areas being manipulated and abused by the descendants of the former Cuban-backed communist guerillas and the “narco-traffickers;” continue to partner with the United States to engage illegal drug and human trafficking; and create a stable economic and security environment that creates outside investment into Guatemala.

Obtain President Trump’s assistance to unlock “Alliance for Prosperity” funding promised (but not delivered) by former-US President Obama to build and secure infrastructure that promotes jobs to keep Guatemalan people working at home versus migrating to the United States; respect the legal role of the attorney general while demanding the attorney general provide a transparent, accountable, and non-political approach to investigating and prosecuting the most egregious cases; and finally, ensure Attorney General Aldana engages the “narco traffickers” who have created a “police-No-Go” area in Zone 18 of Guatemala City.

Attorney General Aldana: Respect President Morales’ election plebiscite and his singular role in leading Guatemalan governance across all domains — not just the Judicial systems. Be mindful that personal agendas and obsessions and “publicity-seeking” can damage the outside and inside investment climate for Guatemalan business. Ensure due process and evidence supports probable cause. Stop selectively disregarding the crimes of former guerilla leaders while obsessively pursuing military and police abuses from decades ago. Stop using the media as a tool to intimidate those that you are suspicious of. Stop politicizing the Justice Department by selectively intimidating your political adversaries and ignoring your duties to the Guatemalan people to clean up Zone 18 in Guatemala City.

Maintain your legal independence; however, you have no authority for political independence. Increase your transparency. Reset your relationship with CICIG with appropriate professional distance and an independent agenda. You work for the president of Guatemala, who was democratically elected by the Guatemalan people. You do not work for the CICIG, nor should you be coopted by Iván Velásquez’s personal agenda, “publicity-seeking,” and ambitions to be the future president of his native Colombia.

CICIG Director Velásquez: The Guatemalan people demand that you respect the sovereignty of Guatemala. Respect the attorney general’s authority. Stop “grand-standing” for the media. Respect the difficult role President Morales has in providing governance across all domains — not just the Judiciary. Respect due process — hard evidence versus innuendo. Refrain from intimidating targets by de facto prosecuting (and persecuting) in the “political and media court of public opinion” prior to having hard evidence and probable cause. Return the Soros Foundation’s donation to CICIG.

Guatemalan Courts: The Guatemalan people demand that the courts respect the rule of law, due process, and evidence. A review of public records and transcripts indicate that the courts are rampant with arbitrary rulings and selective prosecution that favors the extreme leftist clients and agenda. Some of the cases were such a miscarriage of justice (e.g., one case where the right-wing victim has been incarcerated for 5 years without a trial) that this author will write a separate piece detailing the purely political versus legal rulings handed down.

Minister of the Interior: Do not misuse the national police or obey illegal or political orders from the attorney general or CICIG without due process containing hard evidence to underpin probable cause. Clean-up the “police No-Go” area in Zone 18. The Guatemalan people deserve better.

Guatemalan Congress: Provide the Guatemalan people with competent, engaged, honest, transparent, and accountable governance with appropriate reform legislation (e.g., anti-corruption and election-finance reform), where required. Ensure that the appropriate constitutional checks and balances are maintained among the three branches of government (judicial branch; executive branch; and legislative branch). Represent the Guatemalan people in ensuring that the attorney general does not overstep her authorities, provides due process, obtains hard evidence, does not selectively pursue prosecutions based on political adversaries, provides equal treatment under the law, and does not prematurely use the media with innuendos to intimidate her targets prior to having hard evidence and probable cause. Moreover, propose legislation that legally constrains the excessive and arbitrary prosecutorial discretion allowed in the justice system.

Guatemalan Media: Provide honest, fair, balanced, and uncensored reporting. Restrain yourselves from providing so much opinion and so little hard news. Who is the watchdog, on behalf of the Guatemalan people, for overseeing the fairness of the attorney general and the CICIG? Is that you, the media? Stop taking George Soros’ Open Society Foundation’s grant money.

In the coming weeks, this author will provide details and facts regarding specific corruption and abuses of un-checked power in the Judiciary systems. “Power corrupts, but absolute power corrupts absolutely!” (Lord Acton).

This article first appeared in OpsLens.