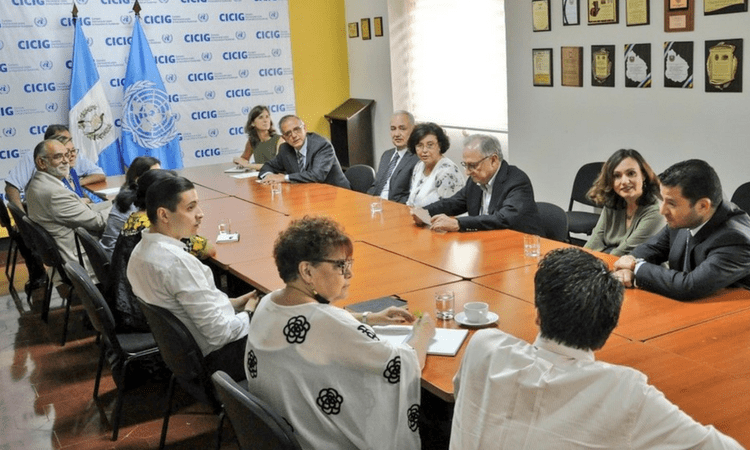 There is a UN entity that has flown under the radar internationally and been misunderstood in Guatemala, where it operates. The lack of awareness needs to change, because the CICIG (its Spanish acronym) is unaudited and not accountable to any jurisdiction on the planet.

The CICIG, created in 2006 with the stated mission of fighting clandestine security organizations, has engaged in a long line of objectionable activity. However, the recent plight of the Bitkovs, a CICIG-persecuted exile Russian family in Guatemala, has caught the attention of the US Commission on Security and Cooperation in Europe, better known as the Helsinki Commission.

The CICIG’s activities are now receiving long-awaited scrutiny, particularly because they enjoy US taxpayer funding and State Department political support. However, what it hasn’t done is even more telling than what it has done.

On May 18, 2018, a court in San Marcos province in southwest Guatemala and bordering Mexico issued a revealing ruling, as recounted by local radio. In effect the court told the local population that they are under the rule of illegal armed gangs protected by the criminal-justice system and the CICIG. These two institutions turn an ideological blind eye to their Marxist allies.

Yet the funding and support from the State Department continues under the Trump administration—the rule of law and Guatemala’s elected government be damned.

In 2014, US reporters visited San Pablo, San Marcos, and discovered its inhabitants were repressed by a criminal structure. One member of the structure was the URNG, the guerrilla umbrella group that became a political party after the 1996 peace accords. The objective of the URNG and associated groups in San Pablo was to stop the construction of a local hydroelectric project, which local residents supported because of the many benefits it offered, including jobs.

San Pablo inhabitants were forced to participate in criminal activities such as blocking roads and police access and occupying and destroying private property. Anyone who resisted faced cut off water and electricity, no access to school for their children, and beatings and kidnappings.

In 2013, these gangs threw a local resident, Casimiro Pérez, into a clandestine prison and threatened him with being burned to death after his wife had attended an event of the hydroelectric project. To avoid that fate, Pérez had to carry large rocks from a river to a road, which took him and his four minor children a week to finish. Pérez filed a complaint with the Justice Ministry.

Two years later, a mob forcibly removed Pérez from his residence, threw him into a hole, and threatened to burn him alive. They then marched him with his arms tied in front of an angry mob to the location of the hydroelectric plant, and the mob destroyed the machinery and the installations. In the confusion, Pérez escaped.

A concerned citizen filed a complaint with the CICIG about Pérez’s treatment. Six weeks later, Commissioner Iván Velásquez wrote a letter to the justice minister, copied to the complainant, in which he said the case was not among his priorities. The Justice Ministry took no action.

At the trial for the 2013 Pérez kidnapping, the court acquitted one defendant and convicted another on a lesser charge that carried no jail time. They did so in an arbitrary manner by accepting Pérez’s testimony for one defendant while rejecting the same testimony for the other. The acquitted defendant was a leader of a local gang and the same person who, claiming he was an indigenous authority, had threatened the US reporters.

In its May 18 ruling on Pérez’s 2015 kidnapping complaint—for what the mob did to him in the burning of the hydroelectric plant—the court acted in a similar manner. The defendant was convicted of a lesser crime than kidnapping and sentenced to two years in jail, but the penalty is commutable if the convicted person pays about $500.

Besides those who were tried, Pérez had named many other participants in the actions against him in his complaints to the Justice Ministry. None of them have been arrested, and they circulate freely in the area. The ringleader, with an arrest warrant against him, still managed to be elected mayor on the URNG ticket. The police did not bother to arrest him while he was out in public as a candidate.

The message to the communities in the area is that the gangs are in charge, and it stems directly from the CICIG refusing to act on the 2015 complaint.

The CICIG’s stated purpose is to protect “the right to life and to personal integrity” of citizens from vigilante groups that “commit illegal acts”—those linked to “agents of the State or [with] the capacity to generate impunity for their illegal actions.” The San Pablo events show the CICIG has become exactly what it was created to eliminate.

Former US Vice President Joe Biden traveled to Guatemala three times in 12 months and publicly linked US aid to the continuance of the CICIG. US support for the UN commission gives it responsibility for the nefarious suppression of these locals, which also promotes the unfortunate result of an increase in the flow of illegal migrants and drugs to the United States.

Liga ProPatria was a co-plaintiff in the case of the 2013 Pérez complaint.