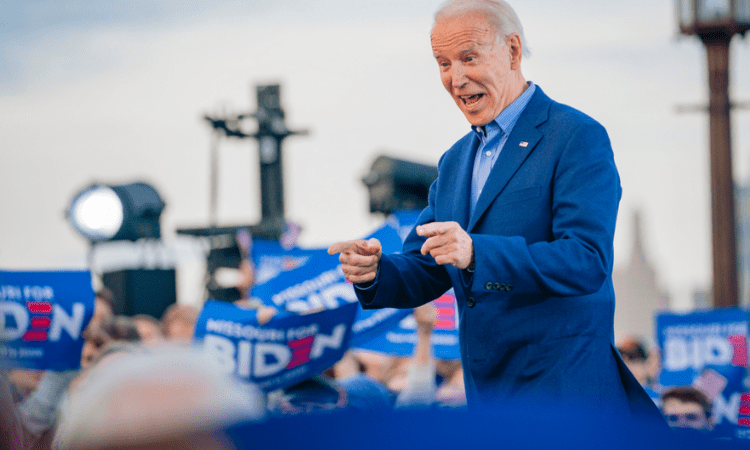 Biden’s spokesperson defended the Chinese leadership while attacking the US president. (Univisión Noticias)

In the midst of our crisis, one may clearly see an unhappy reality next to the more obvious one of people getting sick and dying. The deeper reality is that we are not cohering as a nation.

On Fox News, Biden adviser Symone Sanders was pressed to say something supportive of President Trump’s effort to defeat the pandemic. Sanders repeated the accusation, already in the air, that Trump had used a “racial slur” in identifying the global virus as Chinese.

Biden’s spokesperson defended the Chinese leadership while attacking the US president. This is a portion of the absurd reality in which America has been living since 2016, when Hillary Clinton refused to acknowledge the election result and denied that Trump had beaten her.

Less than two months ago, Democrats in Congress voted as one to throw Trump out of office. More recently, they cooperated with the White House in approving a huge stimulus package. The stimulus comes from the Democrats’ playbook, and Trump adopted it because he is a practical man, eager to respond to the present exigency.

The Democratic governors of California and New York have stepped over party lines to express admiration for Trump’s handling of the crisis. This is significant because those governors are actually working on the issue, while Democrats in Congress are just mouthing off about it.

Apart from the stimulus, Congressional Democrats have stuck to the logic of their unanimous vote on removing Trump from office. Furthermore, the presumptive Democratic nominee is well represented by his spokesperson’s tender treatment of the Chinese party line.

Socialists are well known for their touchiness, and in that respect the Chinese government does not disappoint. When Peruvian writer and Nobel laureate Mario Vargas Llosa published an editorial criticizing China for its treatment of the virus, Chinese officials reacted aggressively. Their embassy in Peru called on the writer to retract his “irresponsible and prejudiced opinions.” That language uncomfortably matches the statements of Biden’s spokesperson.

It’s a rare thing for an American political party to take the side of a foreign power in a US election, but it has happened before. The main American example is not 2016 but 1864–when the Democrats, in attempting to unseat Abe Lincoln, worked for the interests of another country.

The other country was the Confederate States of America. That is right–King Cotton, the world’s leading slave state. In 2020, that title belongs to the People’s Republic of China; its economy, and much of the world’s economy, is based on the labor of countless people who live and die indentured to “the people’s” enterprises. For anyone in doubt, the People’s Republic has made clear through its vehement denials that China is the breeding ground of King Corona, the virus that is now ravaging the globe.

The Americas of 1864 and 2020 have basic commonalities. The 1864 election was remarkable for taking place in the midst of a civil war. By 2020 we have had four years of a civil war without bullets. Dame Hillary’s refusal to concede the election was the affective equal of South Carolina’s secession; and the Democrats followed her out of the Union. For four years they have played the part of loyalists, but they have actually been tearing the Union down.

In the 1864 election, Lincoln was opposed by his former commanding general, George McClellan. Lincoln had fired McClellan for refusing to fight, and then had to face him as a rival candidate. During his campaign, McClellan claimed to be pro-war, just as he had claimed when he was the Union commander. But if he had won the presidency, he would have signed a treaty with the Confederates and recognized the slave state as a sovereign power.

Like McClellan, Biden says he wants to fight. Of course, in Biden’s case it is about punching voters who ask him tough questions. However, Biden will make a deal with China if he wins the presidency. His deal will be a punch in the gut to American voters–for it will put many Americans to work alongside their Chinese brothers and sisters who are now toiling for “the people’s” economy.

Lincoln spent much of 1864 fearing he would lose, but he refused to give in to the appearances of politics and kept fighting the war. In November, he won a solid victory at the polls because, as it turned out, the people of the United States did not want to lick the boots of slavers. It seems the Americans of 2020 are not wild about that prospect either.

David Landau’s forthcoming book is Brothers from Time to Time, the history of a family in the Cuban revolution. Steve Hecht contributed to this article.