Black Lives Matter: From Panther to 'Gusano'
Skip to content 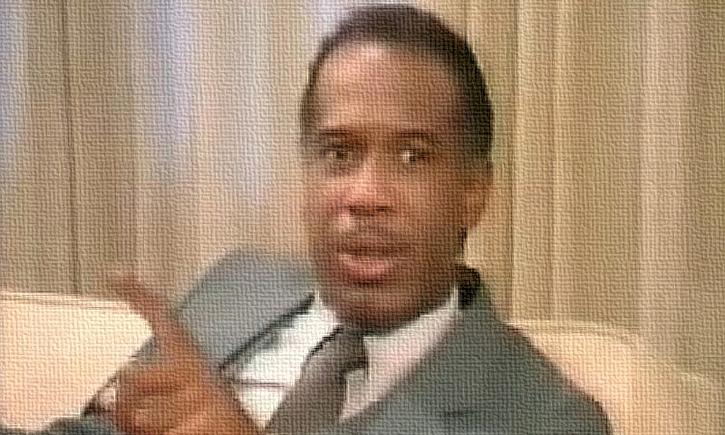 Tony Bryant started out as a Black Panther and decided to turn into a gusano. (Youtube)

The controversy over Black Lives Matter (BLM) and its doctrines, which gained a new level of importance in the wake of George Floyd’s killing, actually dates to 2016, when Black Lives Matter published a eulogy for departed Cuban leader Fidel Castro.

On that occasion, BLM’s leadership expressed its admiration for the Maximum Leader and declared its solidarity with Castro’s revolution. “Although no leader is without their flaws, we must push back against the rhetoric of the right and come to the defense of El Comandante,” the BLM statement asserted.

In its eulogy, titled “Lessons from Fidel,” BLM praised Castro for having granted asylum to “Black revolutionaries” like Assata Shakur, Michael Finney, Ralph Goodwin, and Charles Hill. Curiously, the list omitted the name of Tony Bryant.

Tony Bryant of San Bernardino, California, was a Black Panther militant who in 1969 hijacked a National Airlines plane en route from New York to Miami and ordered the pilot to land in Havana. “I would rather go to jail in Cuba than live free in the United States,” Bryant told the pilot.

On arrival in Havana, Bryant was placed under arrest by Cuban authorities. Accused of being a CIA agent, he was sent to prison, where he remained until 1980, when President Jimmy Carter obtained his release. Bryant took up residence in Miami, where he joined the anti-Castro paramilitary group Comandos L. In his 1984 memoir Hijack, he recounted the beatings, famines, and executions that took place in Cuban prisons.

The Black Lives Matter eulogy to Castro states: “Revolution is rooted in the recognition that there are certain fundamentals to which every being has a right, just by virtue of one’s birth: healthy food, clean water, decent housing, safe communities, quality healthcare, mental health services, free and quality education, community spaces, art, democratic engagement, regular vacations, sports, and places for spiritual expression. . . .”

With respect to that program, a simple experiment would show whether Black Lives Matter is correct in its admiration for Castro, or whether Tony Bryant—who passed away in 1999—knew what he was talking about. The experiment would take Che Guevara’s program for creating the “new man” and implement it in the black ghettos of the United States.

In this experiment, the Castro-style reforms would be strictly limited to areas controlled by Black Lives Matter and its followers. No other territory would be affected by revolutionary law. The free regions would continue to live under what socialists call inequality and injustice—or what non-socialists call equal opportunity and the rule of law—with no interference between regimes.

I propose a strict adherence to the jurisdictional limits of those “revolutionary enclaves” or focos guerrilleros, in Che Guevara’s phrase. Each participating region would become an enclave in which one can verify—at the end of the experiment, and with the scrutiny of independent commissions—whether the fundamental human rights (“healthy food, clean water,” etc.) have been attained and surpassed, or restricted and violated.

In this way, the revolution would cease to be an “ecumenical” event—one that embraces all sectors of the population—and would affect only those people—black, blond, or mestizo—who freely agree to take part in a society modeled on Castro’s Cuba.

If the results approach conditions in Cuba today, with its 61 years of revolutionary experience, my guess is that the black ghettos would show—after a trial period of only five years—a surplus of doctors, engineers, ballerinas, thespians, podiatrists, and saxophonists while suffering a deficit in butchers, supermarkets, potato chips, free press, drinking water, and democratic practices.

According to the progressive credo, any leap forward will represent an improvement over the deplorable conditions that American blacks are now suffering. Cuba’s educational system—to take a hackneyed example—is something that Black Lives Matter envies; even at the expense of indoctrination, restricted movement, official disinformation, and finally serfdom.

Our black rebels are apparently willing to bargain for some principles at the expense of others. In order to get rid of slavery in one form, they will accept it in another. An arbitrary and ubiquitous Cuban-style police force that patrols their neighborhoods and violates their privacy will drastically reduce crime; but it will make the exercise of freedom a crime in itself.

“Rather than live free in Cuba, I would let them throw dogs at me in the United States.” So say Cuba’s exiles, its imprisoned black activists, its persecuted mulatto artists, its black opposition leaders, and the late Tony Bryant, who started out as a Black Panther and decided to turn into a gusano–a worm in Fidel Castro’s eyes, a free man in anybody else’s.

An interview with Toby Bryant can be seen on YouTube.

This article was published originally on NDDV.

Néstor Díaz de Villegas, a Cuban-American poet and essayist, was a political prisoner in Cuba between the ages of 18 and 23. He is the author most recently of the memoir, De donde son los gusanos (“Where gusanos come from”). His essays can be found at nddv.blog.