The Price of Venezuela's Blood Oil
Skip to content 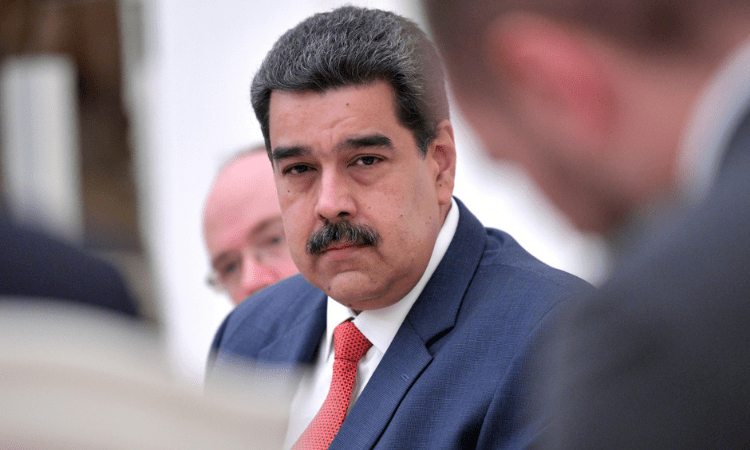 US officials sought to replace the supply of US-sanctioned Russian oil with Venezuelan oil. (Wikimedia)

After the invasion of Ukraine on February 24, 2022, the United States appeared resolute in isolating Vladimir Putin’s criminal regime from the global economy. However, US officials have turned their backs on democratic allies by begging the Venezuelan dictatorship for oil.

On March 5, the United States sent its largest diplomatic delegation to Venezuela in over two decades. They met with Venezuelan dictator Nicolás Maduro to offer a concessions package in exchange for Venezuela ending its decades-long relationship with Russia.

US officials also sought to replace the supply of US-sanctioned Russian oil with Venezuelan oil. In 2019, the United States sanctioned Venezuelan oil, which led to a significant drop in Venezuela’s oil exports to North America.

Changing his stance toward the United States, Maduro shared on national television his excitement about the meeting. He described the talks as cordial and respectful.

Moreover, on March 9, the dictatorship released two US-citizen prisoners. The Chavista regime arrested CITGO executive Gustavo Cárdenas in 2017, accusing him of planning to steal company funds. The regime also arrested Jorge Fernández after he brought a drone into Venezuela in 2021, although he said it was for personal entertainment.

To impede US dollars financing Putin’s war, US President Joe Biden prohibited Russian oil imports. However, this has resulted in fuel shortages and rising oil prices stateside. After the Russo-Ukrainian war started, the oil price swiftly rose to $123 per barrel, up from $92.

Biden has implicitly acknowledged soaring fuel prices and inflation are weakening his popularity and that of the Democratic Party. In the light of November’s midterm congressional elections, Biden has—at least publicly—committed to halting the oil price increase.

First, on March 8, he condemned what he characterized as oil-company price speculation. Then, on March 31, he ordered the daily release of up to 1 million barrels from the strategic petroleum reserve for the next six months.

Although this is the largest amount of oil released from reserves in US history, it is political chicanery and can only nudge the price. US residents consume around 20 million barrels per day, so the release can only account for up to 5 percent of the daily supply. Further, subsequent restocking of the reserve will lead to higher oil prices down the track.

US sanctions on the Russian economy, including the oil industry, show that the United States continues to rely on fossil fuels. Petroleum accounts for over 30 percent of the country’s primary energy consumption, ahead of natural gas and triple all renewables combined.

The United States has the potential to increase production and supply. US authorities, however, must withdraw hostile policies such as restrictions on new pipelines and drilling on federal lands.

In 2021, the Biden administration blocked the Keystone XL pipeline that connected the Canadian province of Alberta to Nebraska. The pipeline would have supplied the United States with fuel amid decreasing imports from Mexico and Venezuela.

Instead of going ahead with the pipeline, the Biden administration is flirting with Maduro’s dictatorial regime under the argument of energy security. The Venezuelan oil industry, devastated after years of corruption, lacks the capacity and resources to supply US oil demand in the short term.

The United States acknowledged Juan Guaidó as Venezuela’s legitimate interim president in 2019 after concluding Maduro committed fraud in the 2018 presidential election. Against all odds, US officials did not meet Guaidó on their latest visit.

Although the US government continues to give aid via the Venezuelan opposition—led by Guaidó—the talks with Maduro sent the message to the world that he has the power in Venezuela.

Democrat and Republican senators reacted immediately. Democrat Senator Bob Menéndez exhorted Biden not to alleviate sanctions on Venezuela: “The democratic aspirations of the Venezuelan people, much like the resolve and courage of the people of Ukraine, are worth much more than a few thousand barrels of oil.”

Republican Senator Marco Rubio described the concessions package as “embarrassing and ridiculous.” He promised he would bend over backward to impede such a sanction alleviation.

After visiting Venezuela, White House Press Secretary Jen Psaki tried to evade the media. Journalists were asking her about the evident contradiction between supporting Guaidó’s leadership and meeting with Maduro, but that is not all.

In 2020, the United States indicted Maduro on charges of drug trafficking and money laundering. The Drug Enforcement Agency has offered a $15 million reward for information leading to his capture.

After the unexpected visit from US officials to Venezuela, the parties did not reach an agreement. However, US officials agreed to a follow-up meeting without a specific date.

The Venezuelan opposition anxiously longs for an end to the dictatorship, a far-away aspiration due to the latest events. If Biden arrives at an agreement with Maduro, it would be a slap in the face for millions of Venezuelans that have been victims of the dictatorship.

It will prove that Venezuela’s freedom is negotiable for a few thousand barrels of oil. It will also show US officials do not respect the Venezuelan opposition, which advocates for democracy and free markets.

What is the point of not financing the Russian criminal regime but financing the narco-dictatorship in Venezuela? The Biden administration appears to be suffering from cognitive dissonance.