Guatemala’s Geopolitical Value to the United States
Skip to content 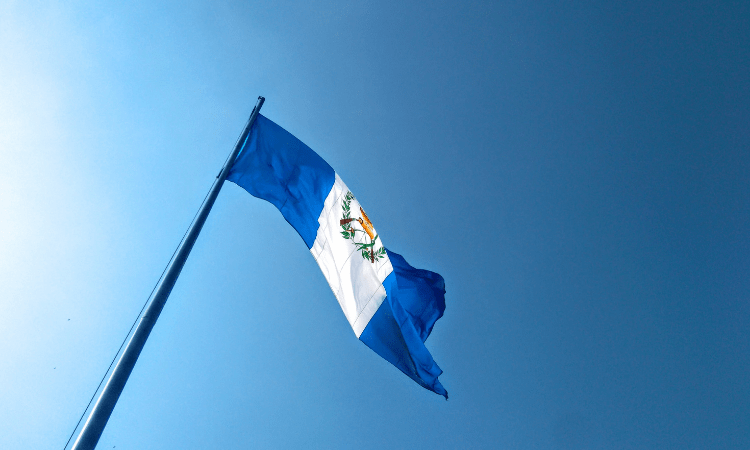 The United States has taken its eye off the ball in Latin America and the Caribbean (LAC) and is fast losing influence in its most important sphere of influence. It needs to forge and strengthen its alliances in the region, particularly in Central America.

China’s fast rise on the world stage is striking, but nowhere more than in LAC. Whereas US merchandise exports to low- and middle-income economies in the LAC region was 11.4 times China’s in 1999, 20 years later that ratio had declined to 3.6. Similarly, the US advantage in its trade value with LAC went from over 38 times China’s to just 2.8 times.

One sure sign of which countries in the LAC region are steadfast allies of the United States is their official positions regarding Israel and Taiwan. Regarding Taiwan, the United States is alone against the world, almost. This is important because Taiwan will surely be the next focal point of great power rivalry after Ukraine.

Only 14 countries in the world still recognize Taiwan as a sovereign country. Since 1979, the United States has not been one of them. The countries still recognizing Taiwan are Belize, Eswatini, Guatemala, Haiti, Honduras, the Marshall Islands, Nauru, Palau, Paraguay, Saint Vincent and the Grenadines, Saint Kitts and Nevis, Saint Lucia, Tuvalu, and the Vatican City (a non-member of the United Nations). More than half of them are in LAC. Of the eight, Guatemala is the largest in terms of population and GDP and the closest to the continental United States.

For all their bravery and willingness to stand on principle, these are not powerhouse countries. They are sovereign countries, however. As such, they vote in the United Nations, and they tend to vote with the United States on matters important to US foreign policy. US foreign policy should reciprocate this loyalty.

One would think the United States would recognize its most steadfast allies in the developing world. These countries stand against international pressure and their own economic gain to make common cause on the principles of sovereignty and liberty against tyranny.

One would think wrong.

Guatemala is a case in point. Guatemala joined the United States in moving its embassy from Tel Aviv to Jerusalem, when the Donald Trump administration fulfilled what had been the long-standing promise of several US administrations. Guatemala has also always stood with Taiwan, even as other erstwhile US allies in the region abandoned the US-aligned position. Guatemala’s foreign minister, Mario Búcaro, recently reaffirmed Guatemala’s strong ties to Taiwan.

What has been the reward for Guatemala? A media war against Guatemala is being waged that damages the country’s brand and its ability to attract foreign investment. The European Parliament has joined in the attempt to make Guatemala a pariah on the world stage with a resolution placing it in the same category as North Korea and Russia. The European Parliament echoes negative reports on Guatemala by the US State Department, Human Rights Watch, and the US government-financed, so-called NGO Freedom House—all basically published concurrently.

These attacks are designed to signal to private companies not to invest in Guatemala. The question is, why?

A favorite issue used to attack Guatemala has been the prior government’s decision not to renew the mandate of the UN Commission against Impunity (yes, you read that right!) known as CICIG. This line of attack has been well outlined by another “non-governmental organization”: WOLA, the Washington Office on Latin America. WOLA is financed by governments and, yes, the Soros Foundation. Another thorny issue in US-Guatemala relations has been the selection of attorney general in Guatemala, which has led to criticisms of undue US interference in the US Congress (here and here).

These attacks on developing countries such as Guatemala have concrete effects. Foreign direct investment declined year after year as the CICIG campaign shifted to target business leaders, deviating from its original mandate and the main sources of corruption in Guatemala. Fortunately, FDI recovered in 2021, the first post-pandemic year following the CICIG’s departure in 2019. The Economic Expectations Index also rebounded following CICIG’s departure.

Guatemala could do even more, with US help. Ideally located in Central America, Guatemala could easily become a focal point for investment by faraway countries looking to exploit nearshoring strategies to penetrate the US market. This would be a boon to Guatemala’s economy and would mitigate illegal immigration flows into the United States, a supposed goal of US foreign policy in the region.