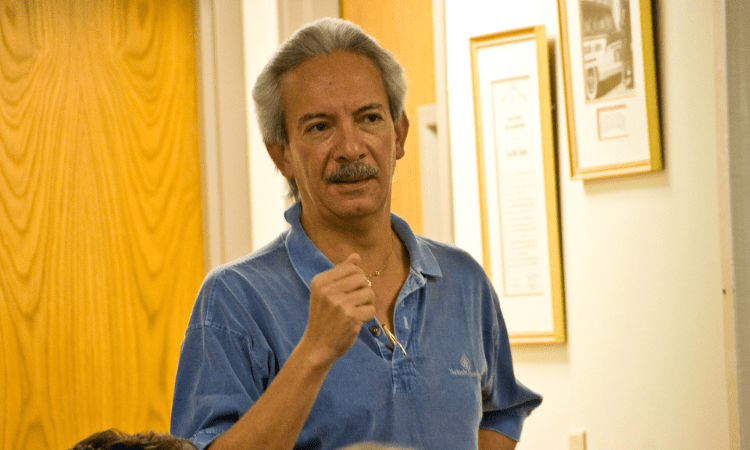 This is a translation of an article by Carolina Castellanos.

This week has been monumental due to the legal action the Foundation against Terrorism took with a competent court. This court issued a capture order for the so-called pen’s hitman: José Rubén Zamora. I believe the majority of us never thought anything like this would ever happen. After many years of extorting his victims, destroying families, and getting away with it, it is a near miracle that the judicial system has taken action against Zamora despite knowing the criticism it would generate.

Guatemalan leftists (also known as chairos) immediately defended Zamora. This is nothing new. The rest of the country is happy to see the country’s judicial system act according to the law. Our inner selves might wish something worse had happened to the defendant, but that would put us at the same level as him. His arrest gives a glimpse of hope to Guatemalans that justice is still alive in the country.

There is always the possibility that someone—whoever he is—will abuse his power in exchange for money. This is not new. In fact, it is common, as corruption is present in every sphere of life. In exchange for money, people obtain favors, juicy contracts, penalty waivers, etc. Stop it!

Stop it! We cannot keep letting these foreigners meddle in local affairs and influence governmental decisions.

Stop allowing chairos to destroy everything they touch. The press favors them; they have access to euros and dollars to corrupt people; and they have the support of politicians—who use them to pursue their own personal agendas—and we are supposed to tolerate them. Apart from condemning this, we are powerless to do anything else. Chairos do whatever they want and remain unpunished.

The authorities have caught a big fish, however, and it has caused mayhem.

In the middle of chaos, we still have some hope. We see the judicial system is working. We hope the authorities follow due process, as we are not similar to the defendant—who never cared about the consequences of his actions. Many of the victims hope that his actions against them get demonstrated and that he gets punished according to the law.

Stop focusing on destroying Guatemala. Many news outlets are focused on negative news. If there is no negative news, they search everywhere, so their headlines can sell. They promote leftist agendas without realizing that they are shooting themselves in the foot. Without companies, there are no advertisements to pay news outlets.

Stop manipulating justice through ad hominem accusations on social media. Daily rumors against someone can twist the truth. Allowing this debauchery inflicts irreparable damage on people.

We have to build the country, not destroy it. Stop it!