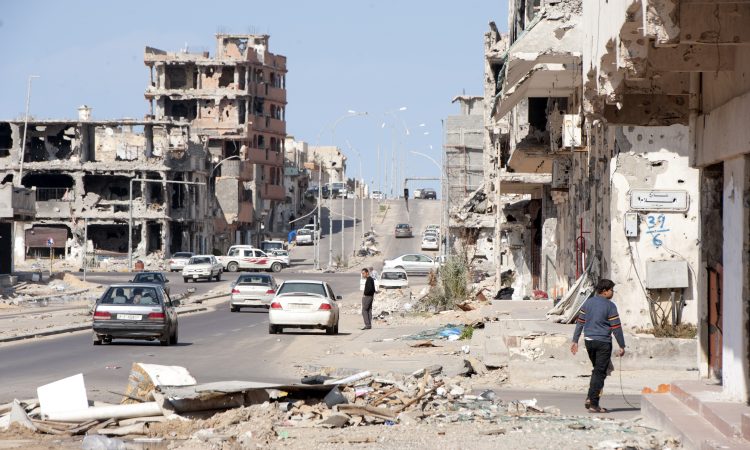 In the weeks following the murder of Ambassador Chris Stevens and three attachés in Libya, President Obama and his message-carriers have dissembled as to how and why it occurred. But Obama’s policy in a country much closer to home has a light to shine on the matter. For the past year or two, Secretary of State Hillary Clinton and other diplomats have been hand-holding an attorney general in Guatemala who has twisted the law for political purposes and acted against a constitutional order.

A fact rarely noted, but quite germane, is that the first U.S. ambassador ever to die at the hands of terrorists was our envoy to Guatemala. In 1968 Ambassador John Gordon Mein was shot dead on a Guatemala street. For three decades afterward the country was riven by insurgency; it continues to be plagued by lawlessness. Two years ago Claudia Paz y Paz, a doctor of law, was appointed attorney general at the behest of a United Nations commission that now exercises legal authority in Guatemala.  Paz y Paz and the UN commission both have sweeping mandates to address issues left over from decades of conflict.

At the time of Ambassador Mein’s killing, Claudia Paz y Paz’s father was a member of the “Rebel Armed Forces” (FAR) that had carried out the crime. Due to the anonymous manner in which that group functioned, we cannot know whether Enrique Paz y Paz took part in the murder itself; but we do know he belonged to the FAR. Claudia Paz y Paz has spent much of her adult life litigating her country’s conflict — but less, it seems, on the side of strict legality than on the side of a political agenda that has an irresistible appeal to Leftists around the world. And the Obama administration has fallen closely in line behind her.

Secretary of State Clinton personally lobbied for Paz y Paz’s retention in office when Guatemala’s presidency changed hands in early 2012. The U.S. ambassador-at-large for global women’s issues, Melanne Verveer, nominated Paz y Paz for inclusion in a special report by Forbes magazine on “women who are changing the world.” Washington’s ambassador to Guatemala, Arnold Chacon, is outspoken in the attorney general’s support. He has even told visitors that whenever he visits the State Department he goes to the head of the line at Clinton’s door, so eager is the secretary for news about Paz y Paz.

All this adulation is in marked contrast to the attitudes of many Guatemalans toward their attorney general. A major legal problem in recent years has been a rash of land-invasions throughout the country. Paz y Paz routinely does not prosecute the invasions. In cases that are prosecuted, Paz y Paz has instructed her district attorneys that they must allow squatters reasonable time to get off the land — a proviso that contravenes the nation’s penal code.

The attorney general has also told lower-court judges not to give letter-of-the-law protection to landowners victimized by the occupations. According to one judge who saw fit to go public, Paz y Paz came before a meeting of judges and declared that “certain cases are being handled by large law-firms, which cost a lot of money, so the victims can vouch for themselves in proceedings.” That instruction is against the law, as is the very fact that the attorney general came before the judges in an effort to influence them.

In May 2012, the Committee of Peasant Unity or CUC, an insurgent group identified in land seizures, staged a violent uprising in rural Huehuetenango province that grew serious enough for Guatemala’s president to declare a state of emergency. Local prosecutor Gilda Aguilar caught the case. One of the arrested militants testified to Aguilar that he and others had been extorted into joining with the CUC.

Aguilar brought that evidence before a judge, who issued ten arrest warrants. But then the attorney general herself paid a visit to the prosecutor’s office and demanded that the warrants be cancelled, saying that the UN high commissioner for Guatemala considered the CUC to be a human-rights group which should be treated with “some consideration.”

Aguilar balked at the attorney general’s request to withdraw the warrants. The prosecutor was publicly threatened by the CUC. Her car was attacked by gunmen on a mountain road and she barely escaped serious injury. The arrest warrants against the CUC were then cancelled without explanation by the same judge who had issued them. Subsequently that cancellation was reversed by a higher court, but the attorney general had made her position clear. With Paz y Paz’s blessing, and with the prestige of the United States a wind at their backs, CUC militias now hold sway in large areas of Guatemala’s countryside, and no prosecutor is likely to challenge them.

In those circumstances, American support for Paz y Paz is a problem of some gravity. It also lends perspective to Obama’s policy in the Arab spring. The idea behind the policy seems to be that if we just let “the people” express themselves, justice and democracy will prevail. That notion runs hard against America’s own experience. We are a republic of laws, not of people. Why should we consent for any other country to be different?

In Guatemala, as in Libya, our policy follows a brand of magical thinking whose obvious outcome is class hatred and social anarchy. Will the murder of our ambassador in Libya be followed by decades of turmoil and ruin, as it was in Guatemala? Will Guatemala’s people be victims of the same carelessness that has just undermined our envoys in Libya? Perhaps the sacrifice of our brave people in Benghazi can help us see the world with a fresh eye.

This article first appeared in the PJ Media.
Armando de la Torre and David Landau contributed to this article.