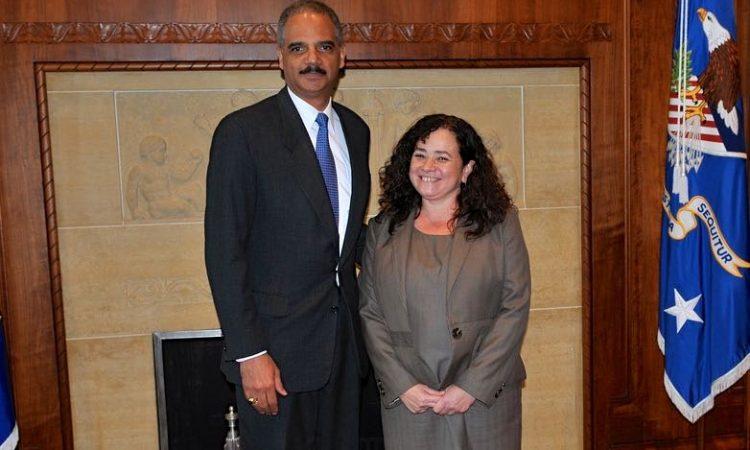 The Ex-Attorney General’s Damage versus the International Fairy Tale

In October 2014, the staff of the Georgetown Institute for Women, Peace and Security sat down for an interview with their “distinguished scholar in residence,” Claudia Paz y Paz. Five months earlier, Paz y Paz had left the post of attorney general for Guatemala after failing to win reappointment.

“Her tenure was cut short,” the Georgetown University website explained. That was a mild version of the report that had circulated in global media. The UK Guardian’s headline had been typical: “Claudia Paz y Paz ousting puts a spotlight on Guatemalan justice system.”

There had been no ousting; just the orderly replacement of one official by another. But the capital city had been shaken when Paz y Paz’s foreign supporters — dressed like diplomats, crazed as sports fans — descended on Guatemala to say their piece.

The leader of the international coalition to keep Paz y Paz in power — US Ambassador Arnold Chacon — had taken to the airwaves, via YouTube, to lecture Guatemalans with another of his Caligula-like statements: “It is a privilege for my government to count on a partner like Dr. Paz y Paz.”

Paz y Paz’s supporters had collapsed two fictions into one. The first was about the length of her term. The New York Times, in a typical report, stated that Guatemala’s constitutional court had ruled for Paz y Paz to “step down in May, seven months before her four-year term was to end.”

The Times report was another apparent case of the (willfully) blind leading the blind. In a constitutional republic, it is the length of the term that matters, not the tenure of the office-holder. Under Guatemala’s constitution, the attorney general’s term was (and is) four years long, beginning and ending in May.

Paz y Paz had joined the government in December 2010, to finish the term of a minister whom the constitutional court had effectively removed from the post. At that time, her supporters had rejoiced at the role of the high court. Four years later, that same court was a renegade entity for ruling that her term would end in May instead of December.

Paz y Paz’s backers were concerned with politics, not law. Guatemala was not an outlaw society for denying Paz y Paz “a term of her own.” For once, the country had acted lawfully. If it had acted politically, Paz y Paz would have succeeded herself because the government of President Pérez would not have had the stones to displease Paz y Paz’s foreign cohort.

But this time the gross element of politics was out of the nominating process, because the president was being advised by a commission made up mostly of the country’s law-school deans. At the end of their deliberations, Paz y Paz was not on the list of the six nominees that the commission sent to the president.

Paz y Paz gave a political excuse for her defeat: her detractors were to blame. Her friends in Washington, for their part, quickly arranged asylum in the form of an academic appointment at Georgetown — where, on October 1, 2014, the staff of the Women’s Institute did a Q&A with her “about some of the toughest issues she faced as Attorney General and how she achieved such incredible results in her country.”

The achievements of Paz y Paz’s ministry had indeed been incredible — but not in the way the interviewers meant.

A pair of images, designed by Energuate, a Guatemalan electrical power company, portrays the major legacy of Paz y Paz’s ministry.* The images are maps of Guatemala for 2010 and 2014, and the dates coincide with Paz y Paz’s term.

The maps show the spread of violence over electrical power — a synonym for social conflict. In 2010, the few conflict zones are all in the southwest corner of Guatemala. By 2014, they have penetrated everywhere in the country (except the sparsely populated northern panhandle).

The images, then, represent the astonishing rise of the conflict groups: armed militias, calling themselves “human-rights groups,” that operate with political underwriting from the United States, the United Nations, and Paz y Paz’s ministry.

For the reader who wishes to hear what a conflict group sounds like, Pacifica Radio KPFA broadcast a tense encounter between US journalists and so-called indigenous authorities in western Guatemala, August 2014. The full recording of the 23-minute encounter, from which excerpts were taken for the news report, can be heard here.

The Georgetown interviewers did not have anything to ask of Paz y Paz about the spread of social conflict during her tenure. Nor did the former attorney general mention it.

Paz y Paz did tell her Georgetown hosts, however, that “violence against women is the most reported crime in my country; we have to work very hard to prevent this crime and to punish [it] if it is committed.”

In this regard, the former attorney general said nothing about the violence she herself had overseen against former prosecutor Gilda Aguilar, whose assassination was attempted in August 2012, quite possibly by members of an armed gang — the Committee of United Campesinos — that enjoyed the protection of Paz y Paz’s ministry.

The refusal to investigate the assassination attempt was, and is, a serious crime. From the moment the armed attack occurred, the ministry obstructed the investigation.

Ultimately, the ministry’s special prosecutor for crimes against law-enforcement officials asked for the case to be dismissed. It was the same as saying no crime had been committed, even with a bullet-ridden car and a gravely wounded policeman.

To her Georgetown interviewers, Paz y Paz quoted a lot of statistics that supposedly showed a dramatic reduction of impunity in Guatemala. “Impunity” is a five-dollar word which, in context, means the ability of high officials to do all kinds of bad stuff and get away scot-free.

Even if she didn’t brag about it, one of Paz y Paz’s accomplishments as attorney general was the impunity she had practiced in her own behalf. Detailed information on how Paz y Paz obtained and used her statistics is contained in the KPFA news report of June 9, 2013.

After much travail, Aguilar left the Justice Ministry in late 2013. At first, she had been fired. But then she appealed her firing and was ultimately permitted to resign.

Since then, as a private attorney, she has tried to combat the same kind of organized lawlessness that she discovered while trying to press charges against militia members in Huehuetenango Province.

In San Marcos Province, close to the Mexican border, Aguilar has represented a hydroelectric company, Hidro Salá, whose attempt to build a plant has been held up for more than four years by the reigning “human-rights group,” FRENA (Front for the Defense of Natural Resources). FRENA’s campaign of violence and terror against the local populace has been notably brazen.

Aguilar managed to cull from some of FRENA’s victims that the group had a spiritual guide in Bishop Álvaro Ramazzini. This cleric, an early exponent of “liberation theology,” has enjoyed platforms across the globe — including a few at Georgetown University, which has published speeches and interviews featuring his ideas.

Aguilar discovered that Ramazzini had been exerting a powerful influence on the militia movement sweeping across Guatemala. She applied to the Justice Ministry for a summons, calling him to public testimony. The ministry, now under the rule of attorney general Thelma Aldana, issued the summons.

In short order, Aguilar found herself on the phone with the bishop. It was not a call from Santa Claus; Aguilar later filed a complaint against the bishop under Guatemala’s national law on violence to women. As for the summons, Aldana quashed it, presumably after objections from the bishop. He and Aguilar later gave their separate accounts to Pacifica radio station KPFA.

In recent months, Aguilar has been able to bring several of the FRENA leaders to justice — a testament to her doggedness, as well as to a Justice Ministry that, under Aldana, has started to be objective about some abuses of the Paz y Paz regime.

Unfortunately, police and other law-enforcement officials are still hampered by a legacy of weakening — not just small numbers but the constant example of officers, like Aguilar herself, who have been persecuted and punished by the Paz y Paz ministry for actually doing their jobs.

As a Georgetown scholar, Paz y Paz is now writing a memoir about her experiences as attorney general. As she described the work to her interviewers, it sounds like a work of fiction that will show the weaknesses of the form and not the strengths.

In the meantime, one can only hope that those gifted Georgetown researchers, who have a primary source in arm’s reach, will quit throwing softball questions to Paz y Paz and will start digging into the former attorney general, to extract all the value they have yet to find.

* Energuate submitted a letter to the editor, and company executives want to make clear that they “never issued an opinion regarding the ex-attorney general or mentioned that the maps were a reflection of her administration.”