What Makes the CICIG So Corrupt?
Skip to content 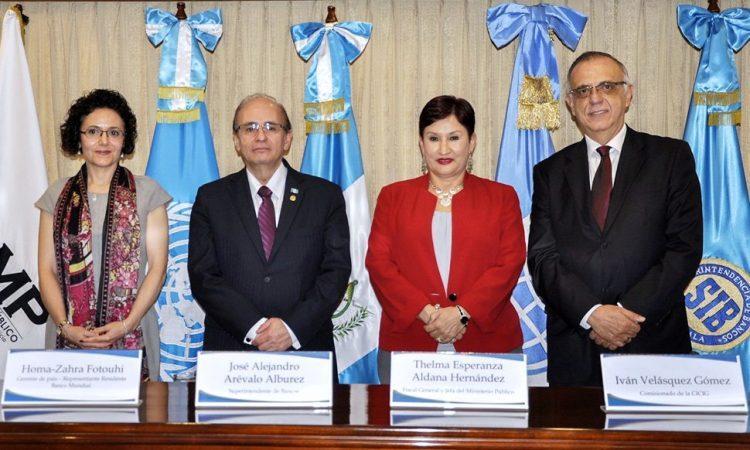 The CICIG has become a dictatorial, unaccountable presence in Guatemala. (CICIG)

The CICIG was bound to be corrupt. So would any entity that was born with an exclusive license to practice coercion.

The CICIG, or the International Commission Against Impunity in Guatemala, is the offspring of culturally limited minds and perverse intentions. With its unrestricted license to prosecute in Guatemala, the CICIG has paralyzed our civic life and has sown uncertainty everywhere. Among the results, we have seen a freeze on investments and burgeoning unemployment.

Adding insult to injury, the CICIG’s directors have been foreigners who had never set foot in Guatemala, much less worried about the future of our children and grandchildren. Still worse, they arrived with arrogant prejudices about the country’s culture — a product of their own ignorance and that of the international bureaucrats who anointed them.

This was only to be expected. From the moment that the CICIG was publicly proposed in 2005, I deplored it and spoke on behalf of the lawsuit to declare it unconstitutional.

The CICIG is unconstitutional to its roots. Its activities come from a deep-seated, predatory animal nature which cries out for restraint — especially as the actors are foreigners who show contempt for the local populace.

The CICIG staff are endowed with privileges and powers like those of no other public officials on earth. They enjoy lifetime immunity along with their juicy salaries. They are invited to use the testimony of “protected” witnesses — often false — against whomever they wish. They may conduct surveillance without limits. They may, and they do, fabricate evidence.

They have the power — which they have used liberally — to subject others to years of confinement without having to obtain convictions. Perhaps most crucially, they have removed the presumption of innocence from Guatemala’s justice system, thereby denying citizens their most basic right to self-defense.

All the while, the CICIG is not accountable to Guatemalan authorities — not even to the public prosecutor’s office, as everyone else is. Guatemala’s entire judicial system has become a tool of the CICIG, which rules it with a dictator’s arbitrariness.

Even as the CICIG staff are endowed with an international platform and unlimited access to Guatemalan media — not to mention broadly favorable coverage in US media — they remain beyond scrutiny. Their behavior is arrogant, ungrateful, arbitrary, and cruel.

In the present day they stand alone, but we have met their like before: the Dutch slave traders; the Belgians who colonized the Congo; the Viking raiders who lorded it over the North Sea and the Mediterranean; the Nazi mass murderers who made fortunes in iron and nickel; and those Swiss, unworthy to claim descent from William Tell, who stole the bank deposits of wealthy Jews massacred in Auschwitz and Bergen-Belsen.

This is the panorama in which the CICIG’s current commissioner, a Colombian political adventurer by the name of Iván Velásquez, demands to be seen. Velásquez has been proposed as a running mate by Colombian presidential candidate Gustavo Petro, a former commander of the M-19 guerrilla group. This arrangement has actually gained approval from some prominent members of the Guatemalan private sector.

Thanks to those incautious and not-overly-bright citizens, as well as to a handful of European powers which meddle in everything Guatemalan, we have been submerged in a coup d’état at the hands of so-called anti-impunity commissioners who have turned our justice ministry and our highest courts into their very own Ministry of Virtue.

Did the CICIG not arrive here with a pretense of helping with our justice system, before it mounted the corrupt monstrosity that now rules over us?

Guatemala, arise and move yourself!

(Armando De La Torre published an earlier version of this comment in Spanish on republica.gt. This translated version has been prepared especially for readers of the Impunity Observer.)