Trump the Victim of Third-World Lawlessness
Skip to content 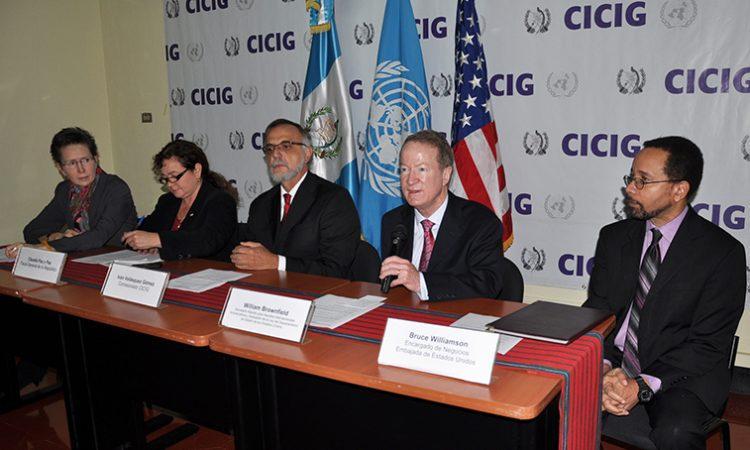 A deeper look at what the Obama administration did in Guatemala provides insights into the current conflict over spying on Trump’s campaign and the undermining of his administration. (CICIG)

The unprecedented special investigation of President Trump’s electoral victory has a precise and predictive analogue in this hemisphere. It is a pernicious United Nations investigative commission in Central America for which the Obama administration bears major responsibility.

The seizure of materials from Trump’s private attorney, Michael Cohen, initiated by Special Counsel Mueller, led Trump to tweet that “attorney-client privilege is dead.” This degradation of the rule of law is part of the collectivist effort to remove Trump from office and comes directly from the CICIG playbook.

Trump’s opponents characterize him as a racist, misogynist, anti-Hispanic, anti-Muslim, dangerous war-mongering dictator. Underneath this outrageous and fanciful characterization is the realization that Trump represents an existential threat to a collectivist movement that has taken over our education, media, culture, and government.

Collectivism, also known as identity politics, elevates the collective over individual rights. Collectivists divide society into groups of victims that suffer from purported discrimination so pervasive that it necessitates an interventionist state.

To protect people from perceived insults and discrimination, collectivists favor abridging freedom of speech and due process. The right of the individual to the presumption of innocence, and the right not to be deprived of due process—the very foundation of the United States—must be sacrificed for the collective good.

Any time a white police officer takes action against a black person, for example, it’s racism, regardless of facts or law. In the mind of the collectivist, due process only shields the guilty party.

Thus the American Bar Association (ABA), infected with this collectivist mentality, is taking an ideologically selective approach to attorney-client privilege. It has responded in a non-committal way to the seizure of confidential communications between Cohen and his clients.

At the same time, the ABA has expressed blanket support for the CICIG, which—among many illegal actions—imprisoned a Guatemalan attorney after violating his attorney-client privilege. ABA President Hillarie Bass even sent a letter to the Wall Street Journal praising the CICIG, a UN-sponsored organization whose material support comes from US taxpayers.

In her letter, Bass described the CICIG as “promoting a just rule of law.” Below Bass’s letter, however, Judicial Watch Director of Investigations Chris Farrell posted this rebuttal: “US taxpayers should not be subsidizing UN ‘overlords’ who need to be subjected to a rigorous audit of their very own.”

The ABA is typical of our polarized society: politics overrides principles, and too many of us criminalize political differences. The law is unequally applied when Mueller investigates the president without an identified crime, while the Justice Department fails to investigate Obama-administration officials with indications of criminality.

Barack Obama led a radical collectivist takeover of Guatemala by Castro-supported guerrilla partisans. Obama and his secretary of state, Hillary Clinton, could implement this policy—which Trump’s State Department, due to inertia, upholds—because they knew it would not receive news coverage. A deeper look at what the Obama administration did in Guatemala provides insights into the current conflict over spying on Trump’s campaign and the undermining of his administration.

Obama pressured several Guatemalan administrations to give the radicals control of the country’s criminal-justice system. These radicals use their control to bestow impunity on allies and to persecute legitimate authorities. Does this sound familiar?

The CICIG commissioner, Iván Velásquez, is a Colombian whom Judicial Watch’s Farrell has identified with the FARC terrorist organization. Velásquez has already unseated one president of Guatemala and is working to unseat another. Robert Mueller is preparing a similar program for the United States.

Evidence indicates that Obama meddled and sought to block Trump’s run for the White House, akin to Third-World elections. Similar activity led Republicans to force Richard Nixon, their own party’s president, to resign in 1974.

Unfortunately, too many of us accept abuses of power from those whose politics appears to coincide with our own. If we turn a blind eye for our political allies, we deserve to lose our democratic republic and our liberty.