CICIG and the Rule of Law
Skip to content 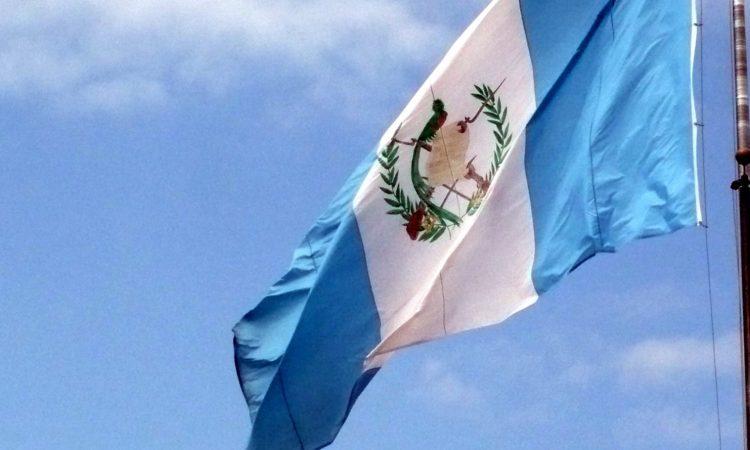 The International Commission Against Impunity in Guatemala (CICIG), the foreign entity at the heart of Guatemala’s political and legal system, is actually near its closely-held goal of establishing itself as the director of Guatemala’s destiny. These reports are meant to open the curtain and let things be seen. (See the full report)

A police force directed by the CICIG and its handmaiden, Guatemala’s Justice Ministry (MP), makes an illegal pre-dawn raid against a residence in the capital city and kills the wrong man. In response to a lawsuit, the CICIG invokes diplomatic immunity, absolving itself; while the MP says no crime occurred. (See the full report)

Part 2 | The President Versus the Commissioner

Guatemala’s President Morales, as part of his power to expel any diplomat, orders the CICIG commissioner, Iván Velásquez, to leave the country. In violation of national and international law, Guatemala’s high court reverses the president’s order and puts Velásquez above any justice. (See the full report)

Part 3 | From Here to Eternity: The Pavón Prison Cases

In 2006, Guatemalan forces re-established order in the country’s toughest prison. The country’s human-rights ombudsman – who at first praised the operation, in which seven inmates died – later asked the CICIG to prosecute. The result is a travesty that violates the norms of justice and continues to this day. (See the full report)

Part 4 | The Case of the Disappearing Attorney General

Working with Guatemala’s president, its high court, and the US ambassador, the CICIG engineers a judicial coup that removes Attorney General Conrado Reyes from office. This 2010 coup marks the first of the CICIG’s efforts to remake the country’s political and legal system in its own image. (See the full report)

Part 5 | Soviet Show-Trials in the Americas: The Case of the CICIG versus Moisés Galindo

With the help of Guatemala’s justice ministry and judges, the CICIG goes after Moisés Galindo, an attorney who has opposed the commission in court. The CICIG breaks a lawful bond between the attorney and his client, imprisons Galindo, confiscates his property, and prosecutes against the rules. (See the full report)

Part 6 | Seven Years in Prison for Nothing at All

In an effort to give cover to Guatemala’s besieged president, the CICIG injects itself into a prominent murder case far beyond its mandate. As a result of testimony coerced by the CICIG, two brothers spend seven years in jail before a judge finally frees them, declaring that the CICIG has not made a case. (See the full report)

Part 7 | The CICIG in Brief: or, Progressives Against the Fools’ Brigade

A short history of the controversial commission shows that Guatemala’s leaders didn’t want the CICIG, perceiving it to be at odds with the country’s sovereignty and laws. Even so, the country bowed to international pressure and welcomed the CICIG – a decision that Guatemalans today increasingly regret. (See the full report)

Part 8 | The CICIG and Guatemala’s Constitution

The CICIG sponsors an effort to rewrite Guatemala’s Constitution, with the evident goal of bringing radical change to the country’s laws. The CICIG is violating the law in doing so. The justice minister attacks Congress’s right to free speech, while the US removes a congressman’s visa for US travel. (See the full report)

Part 9 | The Lawlessness of Guatemala’s Justice

CICIG commissioner Velásquez and Justice Minister Aldana press their attacks against Congressman Fernando Linares, who has vigorously opposed their project for radical changes to the Constitution. The US embassy piles on Linares, thereby involving the US in an effort that undermines law and liberty. (See the full report)

The Obama administration announced the end of US imperialism. But imperialism has only changed form. It is now being delivered by institutions from inside Guatemala; notably by the country’s high court and especially by the CICIG, which is promoting a radical takeover with help from the US. (See the full report)

Part 11 | “Open, Sesame!” The Triumph of Politics Over Justice

The CICIG is consolidating its control over judicial appointments as a means to control what is law and what is not. A feature of this takeover is the language now being used to express legal concepts; its relationship to law is no greater than that of the magical phrase written for Ali Baba and his 40 thieves. (See the full report)

The CICIG came to Guatemala to oversee the dismantling of subversive groups that were robbing the people of their liberties. Instead, the CICIG has itself become the leading subversive entity. It’s time for the CICIG to submit to oversight, and for Guatemalans to reclaim their sovereignty and laws. (See the full report)

AFTERWORD | The Ministry of Virtue

A renowned academician and commentator, Armando de la Torre has been opposing the CICIG ever since it was publicly proposed. Unlike some others, Dr. de la Torre does not see the CICIG as a good idea gone bad. He sees it as a bad idea that has fulfilled its destiny. (See the full Afterword)