Soros's Radical Agenda in Guatemala Gets US Funds
Skip to content 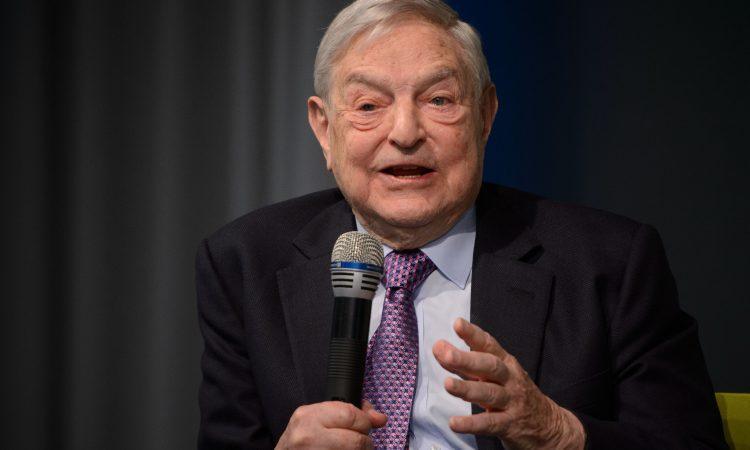 In 2018 Soros is projected to expend more than $500 million to promote his radical globalist agenda in every corner of the world. (Stephan-Roel)

The U.S. government is using taxpayer dollars to support leftwing billionaire George Soros’ radical globalist agenda in Guatemala, a Judicial Watch investigation has found. A special investigative report published this week by Judicial Watch exposes in detail the connection between U.S.-funded entities and Soros’ Open Society Foundations (OSF) to further the Hungarian philanthropist’s efforts in the impoverished central American nation. The goal is to advance a radical globalist agenda through “lawfare” and political subversion, the report shows.

Much like in the United States, OSF programs in Guatemala include funding liberal media outlets, supporting global politicians, advocating for open borders, fomenting public discord and influencing academic institutions. A close alignment with the United Nations (UN) has proven to be a significant factor enhancing Soros’ efforts in Guatemala, specifically an American-funded, UN body called International Commission against Impunity in Guatemala (CICIG). Headed by a Colombian lawyer (Ivan Velásquez) notorious for powerful leftist alliances, the CICIG is known to utilize measures that threaten Guatemala’s sovereignty. Soros’ OSF describes the CICIG as “a potential model for other states” and the U.S. government has filled its coffers with approximately $36 million. Barack Obama’s ambassador to Guatemala, Todd Robinson, and Velásquez collaborated to illegally promote changes to the Guatemalan constitution and the Trump administration has not wavered in its support for both Velásquez and the CICIG.

A multitude of other entities funded by the U.S. government are furthering the Soros agenda in Guatemala and get money from the leftist billionaire. The report identifies more than a dozen of them, their mission and ties to Soros’ OSF. Among them is Chemonics International, a private development firm that partnered with OSF justice projects in Albania and received a $37,390,000 grant from the U.S. Agency of International Development (USAID) for a Guatemalan youth and gender justice project. A Sorors-funded environmentalist group called Fundación Para El Ecodesarrollo y la Conservación (Foundation for Ecodevelopment and Conservation, FUNDAECO) got a $1 million USAID grant for a sustainable water management project in Guatemala and $156,000 from the U.S. Fish and Wildlife Service for a rainforest protection project. Other U.S.-funded entities also supported by Soros in Guatemala include the human rights organization Comité de Desarrollo Campesino (Committee for Rural Development, CODECA), Asociación de Abodagos y Notarios Mayas, the Myrna Mack Foundation and Women’s International Network for Guatemalan Solutions (WINGS).

In 2018 Soros is projected to expend more than $500 million to promote his radical globalist agenda in every corner of the world under the guise of supporting democratically elected governments, strengthening the rule of law and promoting fairness in political, legal and economic systems. Guatemala is not the only country in which this agenda is simultaneously being furthered by Soros and American taxpayers. Last year Judicial Watch exposed a collaborative effort between the U.S. government and Soros to destabilize the democratically elected, center-right government in Macedonia. Records obtained by Judicial Watch in that investigation show that the U.S. Ambassador to Macedonia worked behind the scenes with OSF to funnel large sums of American dollars for the cause, constituting an interference of the U.S. Ambassador in domestic political affairs in violation of the Vienna Convention on Diplomatic Relations. The cash—about $5 million—flowed through the State Department and USAID.