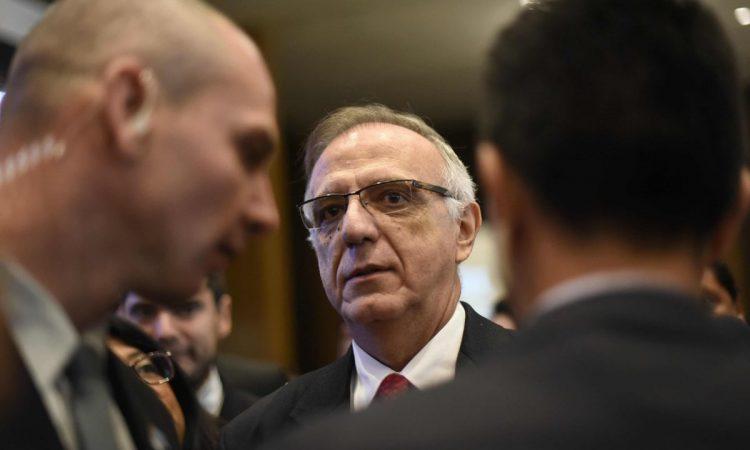 The April 27 hearing, “The Long Arm of Injustice,” has led the Commission on Security and Cooperation in Europe, AKA the Helsinki Commission, to the tip of an important iceberg relating to US national security.

The members of Congress and the executive branch on the commission should go beyond the results of their investigation into the plight of the Bitkovs in Guatemala. They should look more deeply into the effect of the UN International Commission Against Impunity in Guatemala (CICIG), both there and in the United States.

The May 9 Wall Street Journal editorial noted that CICIG advocates are bombarding “Capitol Hill to defend CICIG’s unchecked authority.” In calling for an investigation, the WSJ editors make the point that any good things the CICIG has done “will come out in any investigation—as will abuses of power.” As a concerned US citizen who has lived in Guatemala for 45 years and as editor-at-large of the Impunity Observer, I concur with the WSJ assessment.

There is little doubt that the Helsinki Commission’s continuing efforts regarding the Bitkov case, if they persist, will have positive effects. However, if attention were to wane thereafter regarding Guatemala under the CICIG, it would be a wasted opportunity for US national security.

To understand the Bitkov case and beyond, members of Congress and the Trump administration should examine the recently published report “The CICIG and the Rule of Law.” Sponsored by four civic organizations, the report examines various cases and the history of the CICIG and its involvement in Guatemalan governance.

CICIG Commissioner Iván Velásquez and Magistrate Gloria Porras of Guatemala’s high court work interdependently. Together they control the criminal-justice system and incarcerate and intimidate political opponents. The State Department and former US Ambassador to Guatemala Todd Robinson abused their authority to place Porras in her position, with which she and Velásquez usurp power from the executive and legislative branches—as has been documented in US media outlets.

If the CICIG continues to dominate Guatemalan criminal justice and pursue President Jimmy Morales, Velásquez or his replacement will be in a position to steal the 2019 election and complete a takeover of Guatemala. The United States would lose an ally in Morales and the opportunity to liberate and unleash development for Guatemalans suffering under CICIG-protected gangs that descend from guerrillas.

US Ambassador to Guatemala Luis Arreaga has firmly supported Velásquez, despite the latter’s blatant and illegal interference in Guatemala’s internal politics. Arreaga even posted a photo of himself and Velásquez via the embassy Twitter account, holding an “I love CICIG” sign in front of a CICIG background. State Department information provided to Congress and the White House, therefore, will likely line up with the talking points of CICIG advocates.

Former Vice President Joe Biden traveled to Guatemala three times in 12 months and made clear that the CICIG’s continued presence was a condition of US aid. Considering the CICIG’s actions, this policy harms the United States.

The members of the Helsinki Commission should use the knowledge gained by their investigation to promote in Congress and the Trump administration a complete review of US policy toward Guatemala, including the role of the CICIG. Such an investigation would reveal the State Department undermining the Trump administration and a policy of protecting and promoting anti-American guerrilla successors whose activities have led to an increase in the flow of illegal migrants and drugs to the United States.