Socialism at the Gates: Venezuela’s Lesson for Latin America
Skip to content 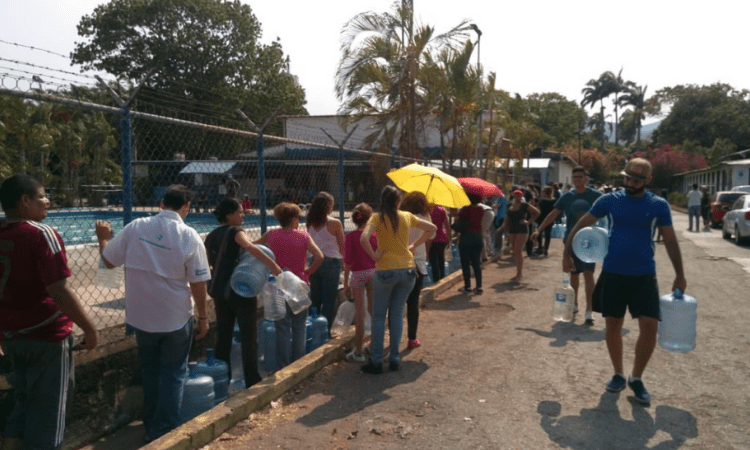 Access to basic services outside the capital city of Caracas is spotty at best. (Te Lo Cuento News)

Venezuela, once the region’s most prosperous economy, is living proof that no country is immune to socialism’s destructive force. This is the warning call that Lawrence Castro, a Venezuelan opposition congressman, wants the world to heed.

During an eye-opening interview with Steven Hecht, Impunity Observer’s editor-at-large, Castro explained how socialism, systematic corruption, and government ties to organized crime thrust Venezuela into misery. He estimated the Chavista regime and its allies had stolen US$380 billion over the last decade, $11 billion of which remains stored in the United States.

Despite having the world’s largest proven oil reserves, Venezuelans now face the hard choice of leaving the country or resigning themselves to a meagre existence. The monthly minimum wage does not even reach $2; annual inflation is around 1 million percent; and widespread shortages of gas, medicines, groceries, and other basic staples make life an ongoing battle.

Survival is no longer taken for granted. Mortality and malnutrition rates among newborns and toddlers have skyrocketed. Diseases eradicated long ago have reemerged. School dropout rates have boomed to 60 percent or more at all education levels, and access to basic services outside the capital city of Caracas is spotty at best.

In addition to becoming the main violator of human rights, the Venezuelan regime has embraced drug-trafficking, smuggling, and terrorist organizations, Castro claimed. The Maduro administration “has given control over 30 percent of the nation’s territory to criminal groups,” such as the Colombian Marxist guerrilla ELN and FARC, and Venezuelan jails are now organized-crime headquarters.

If these conditions persist, Castro estimated that “the Venezuelan diaspora could reach 8 million people by the end of the year.”

Castro’s urging demonstrates his commitment to restoring political and economic stability in Venezuela through democratic means. He argued the Democratic Unity Roundtable (MUD), a coalition of opposition parties which successfully secured a majority of seats in the National Assembly in 2015, is an example of how to rebuild Venezuela’s institutions without violence.

In that vein, the opposition led by Juan Guaidó—whom the United States and 59 other democratic nations recognize as Venezuela’s rightful president—are working on a strategy to effectively take power. However, Castro acknowledges time is running out and they may have “a couple of months” left. Afterward, a military intervention could be the only way out, since the needs of the Venezuelan people are pressing.

The critical situation in Venezuela is the result of a plan orchestrated over many years by Cuba and other leftist regimes in the region to export socialism across Latin America. Venezuela was this movement’s most lethal victim, but there were takeovers of varying degrees in Uruguay, Argentina, Bolivia, Ecuador, and Nicaragua.

In some of these countries, opposition parties and civil society woke up to the threat before it was too late, Castro explains. In contrast, Venezuelans never thought possible that a country so rich could turn into something worse than Cuba.

“Venezuelans were deceived by rhetoric, psychological warfare, a lot of money, and false dilemmas… and we were tricked into giving up our liberty for this disaster,” Castro lamented. He concluded that censoring dissenting ideologies and inflaming internal conflicts to control the population are two features of the regimes inspired by Latin-American socialists.

For this reason, Castro argued that Venezuela and Latin America must focus on economic stability and republican institutions to recover freedom and stop destructive regimes in their tracks.

“Society should be actively protecting its institutions from corruption, bad practices, and false ideologies,” he warned. “Wolves in sheep’s clothing taking power can happen anywhere.”