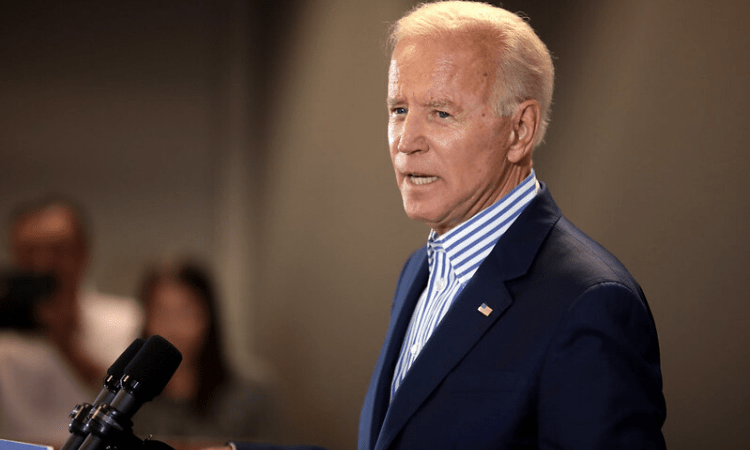 Biden said he will restore Obama’s policy on Cuba if he becomes president. (Gage Skidmore)

Listening to Joe Biden talk about US foreign policy is only fun if you picture the loopy senator in The Manchurian Candidate asking his wife: “Hey, babe, can I have another drink?

With a recent interview on Miami’s CBS4 News, Biden made headlines by saying that if he becomes president, he will restore Barack Obama’s policy on Cuba.

Biden’s statements on Cuba are from a parallel universe. The only certainty is that if Biden gets to the White House, he will take us all back to Obama—not just on Cuba but in every part of our foreign policy.

Cuba was Obama’s centerpiece. It showed the Obama viewpoint with perfect clarity: the United States must step back from being the world’s only superpower and take its place as one of many countries in a “globalist” federation. The underlying idea was for the United States to join the rising tide of radicalism and socialism.

In turning toward Havana, Obama was paying homage to the entire legacy of Fidel Castro. Across half a century of rule, Fidel extended Cuba’s dominion to the far reaches of the vast Latin American continent.

In Central America, he established a satellite in Nicaragua’s Sandinista regime. Castro’s henchman Daniel Ortega has ruled for 26 of the last 40 years and is still in power. El Salvador, to Nicaragua’s north, was the target of an especially vicious intervention by Castro, who missed conquering that country by a hair.

Fidel was enormously successful on the crown of South America’s landmass, where oil-rich Venezuela became Cuba’s principal vassal state. Venezuela’s neighbor Colombia, a highly contested country, was the scene of Castro’s first political mischief. As a 21-year-old law student, 10 years before seizing power in Cuba, Fidel was one of those who created the infamous El Bogotazo that plunged Colombia into decades of internecine strife. To this day, Colombia is weighed down by Cuban infiltration.

Guatemala, with its rich resources and geopolitical centrality, was an object of Castro’s interest from the 1960s onward. He backed the guerrilla assault on the country for two decades before Guatemala’s indigenous peoples defeated it. Castro then changed tactics and worked for a leftist takeover powered by political infiltration and manipulation.

This second Castro campaign against Guatemala went on for nearly three decades, right up to 2018, and almost succeeded. Obama’s administration backed it to the hilt, with Hillary Clinton, John Kerry, and a trio of US ambassadors. Joe Biden himself played a crucial role. His activities have not yet risen to the level of headlines, but first-hand testimonies are already in the public record—including one from Otto Pérez Molina, who was Guatemala’s president at the time.

To this day, and thanks to its deep-state legacy, US embassy support for the Castroite takeover of Guatemala remains in force. Indeed, the pivotal role of US embassies in supporting Latin America’s socialist parties is attested by complaints from across the continent.

The foregoing is just a partial balance-sheet of the policy that Biden proposes to bring back to life.

It is almost comical that, when Biden defended the idea of going back to Obama’s Cuba diplomacy, he said, “when we changed the policy, we began to get so much more support from within the region.” Where did they get all that newly-minted support from? From Daniel Ortega, Nicolás Maduro, the socialist rulers of Ecuador and Bolivia, the Fidelista gangs in Guatemala, and all the socialist parties between the Gulf of Mexico and Tierra del Fuego.

Another choice moment in the CBS4 News interview occurred when anchor Jim DeFede asked Biden why the US should reward Cuba for propping up a regime like Maduro’s in Venezuela. Biden answered: “There is no reason why we cannot still sanction them [the Cuban regime]. But failing to recognize them at all is a different thing than sanctioning them.”

That statement packs a lot of nonsense for its short duration.

The second difficulty with Biden’s statement is that it perpetuates a falsehood about Trump’s Cuba policy.

Trump has not withdrawn diplomatic recognition from the Cubans. He has sanctioned them by cutting travel and restricting money flows. Of course, the Cuban leaders do not like Trump either. But then, they did not like Obama, and they would like Biden even less.

The Cuban leaders of today are people with a paucity of redeeming qualities. But here is one: with their sheer nastiness, they would make even Joe Biden look good.