Guatemalans Will Pay for Lawfare against Mining
Skip to content 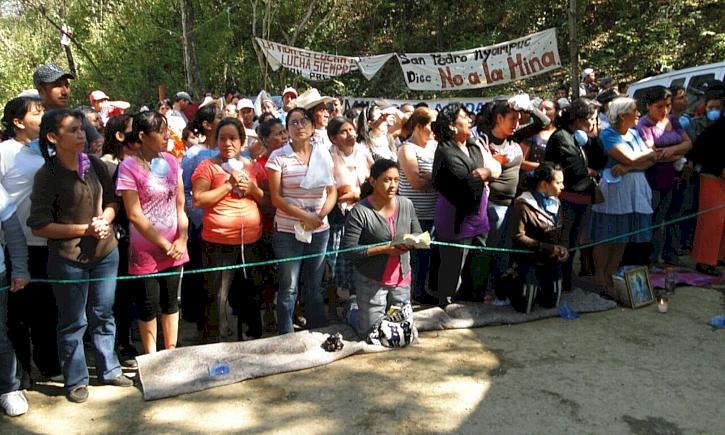 A 2018 roadblock toward the Progreso VII mining project. (Twitter)

Another antidevelopment crusade in Guatemala, another bill taxpayers will have to foot. Years of illegal, left-wing blockades of two mining projects have reaped the usual fruits: debt, lost jobs, and a destroyed reputation for investments.

In a ruling released this June, the Washington, DC-based International Centre for Settlement of Investment Disputes (ICSID) cleared the way for a $350 million compensation suit against Guatemala. The plaintiff is US businessman Daniel Kappes and his company, Kappes Cassiday & Associates (KCA).

Despite meeting all legal requirements, the foreign investors were unable to execute the projects due to the opposition of local communities agitated by NGOs and activists. To rub salt into the wound, Guatemalan law-enforcement agencies for years ignored judicial rulings against protestors. In November 2018, the investors started an arbitration proceeding based on the Dominican Republic-Central American-United States Free Trade Agreement (DR-CAFTA), of which Guatemala is a signatory.

If Guatemala loses the arbitration and fails to pay up, it could lead to significant economic impact. Articles 20.16 and 20.17 of the treaty establish that defaulting on compensation entails the suspension of tariff benefits for the party. A whopping 44.5 percent of Guatemala’s exports, worth over $4.36 billion, go to the United States, and 35.7 percent of imports are US-made.

Most Guatemalan exports are agricultural and manufactured products. Together, these two industries make up 32 percent of Guatemala’s GDP and employ half of the nation’s workers.

A History of Legal Neglect

In 2012, Kappes and KCA purchased 25 percent and 67.5 percent, respectively, of the Guatemalan company Exmingua. As majority owners, they acquired the rights to two gold and silver mining projects: Santa Margarita and Progreso VII.

Exmingua sought assistance from local and national officials, with little success. Therefore, in September 2012, the company filed an injunction against the Guatemalan police. The Second Judicial Court of Appeals granted the injunction and ordered the police to break through the blockade in May 2014.

The legal battle was just starting, however. The nonprofit Center for Legal and Social Action in Guatemala (CALAS) filed its own lawsuit in August 2014, claiming to protect the rights of the indigenous communities. After some back-and-forth decisions, the Guatemalan Supreme Court suspended Exmingua’s gold and silver exportation certificate in 2016 and exploitation license in 2017.

To return the permits, the court demanded that Exmingua conduct new consultations with local communities. However, a new wave of protests near the mining projects prevented Exmingua from carrying them out.

Given the circumstances, Kappes and KCA unsuccessfully appealed the ruling. Having exhausted legal remedies, they decided to take Guatemala to the ICSID. The claimants argue the nation’s courts have violated the DR-CAFTA’s provisions regarding fair and appropriate treatment to foreign investors.

Since the turn of the century, Guatemala has faced three other international lawsuits over foreign investment, highlighting the tenuous rule of law in the country. For Javier Zepeda, the executive director of the Guatemalan Chamber of Industries, political interference sways court rulings and activists take advantage of conflicts.

It comes as no surprise that foreign direct investment in Guatemala keeps falling. A report from the Bank of Guatemala shows it decreased by 11 percent from 2017 to 2018.

Indeed, the 2020 Doing Business Index ranked Guatemala 176th out of 199 economies when it comes to enforcing contracts. In this category, the World Bank measures the cost and time of commercial-dispute resolution in local courts and the country’s efforts to enhance the court system.

This unfavorable environment for business does not affect only wealthy investors in the developed world. Local surveys with Guatemalan entrepreneurs and investors routinely identify the lack of legal certainty as one the major roadblocks to economic growth.

Since the international controversies have brought Guatemala’s judicial shortcomings to light, the Canadian-Guatemalan Chamber of Commerce has requested the Giammattei administration to take action. The first step is to ensure fair and equal treatment of foreign investments by enforcing contracts and legal rulings within the executive branch. Second, the administration should spearhead a judicial reform to weed out corruption and cronyism. Finally, Guatemalan authorities must bring transparency to the outlaw, foreign-funded NGOs that stoke division and impede progress.

Unless the rule of law becomes a reality for Guatemalans and foreigners alike, the country will continue to watch economic opportunities pass by toward friendlier destinations.