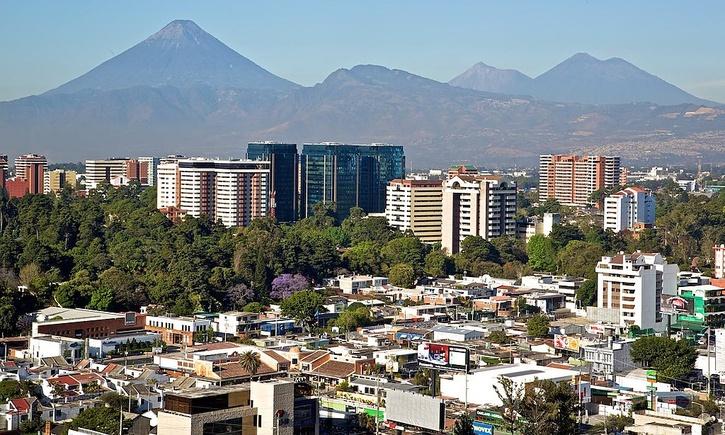 Given the bleak outlook, Guatemalan authorities must think outside the box and push for long-overdue reforms. (Wikimedia)

As Guatemala continues to struggle with the effects of the pandemic, her battered economy still lacks a forward-thinking plan to jumpstart investment and jobs. However, confronting the underlying problems holding back progress and opportunities requires more than economic stimulus.

This year, the Guatemalan economy will shrink by 1.3 percent, according to the UN Economic Commission on Latin America and the Caribbean. If tax revenues decline sharply, the national deficit could climb to 7.2 percent of GDP.

The health emergency will destroy between 97,500 and 177,000 jobs in the formal sector alone. However, 70 percent of Guatemalans make a living in the underground economy, where losses are catastrophic and the government’s relief package does not reach.

Industries such as hospitality, real estate, logistics, and retail commerce, which accounts for 18 percent of GDP, may take years to return to pre-pandemic levels. Further, growing unemployment in the United States, particularly in the services sector, will tank remittances, which make up almost 14 percent of Guatemala’s GDP.

Given the bleak outlook, Guatemalan authorities must think outside the box and push for long-overdue reforms: the rule of law, e-government, tax reduction, subsidies, and tariffs.

It is not enough for Guatemala to have the second-freest economy in Central America. Foreigners are reluctant to do business in the country due to her weak rule of law and uncompetitive regulation. The World Economic Forum’s Competitiveness Index gave Guatemala a score of 3.3 out of 10 for lack of social trust, poor government performance, and insecurity.

Guatemala has an annual Foreign Direct Investment (FDI) inflow of around US$1 billion. To boost that number, she needs a judicial reform that credibly increases transparency and efficiency. Having a trustworthy land registry is also key.

The Heritage Foundation’s 2020 Economic Freedom Index shows a lot remains to be done; it rated Guatemala 32.2 and 29.6 out of 100 points in judicial effectiveness and government integrity, respectively. As for property-rights protection, she scored just 45.5 points.

The report highlights the importance of curbing corruption and illicit activities to pave the way for economic development. One such example of interference in the legal system was the CICIG, a foreign entity that intimidated elected officials and installed allies in key government posts to further a globalist agenda.

Even though the CICIG left Guatemala in 2019, leftover allies in the Constitutional Court continued to work against transparency and covered for fraud in the June 16 general elections. No meaningful business environment can blossom in Guatemala without first weeding out cronyism in the judiciary.

Bureaucracy is the bane of entrepreneurs. By rolling out a comprehensive e-government platform, the Guatemalan government can make doing business easy and simple.

There is no reason why paying taxes, filing for permits, and requesting government services cannot be done online. Taking paperwork online and streamlining procedures contributes to transparency and confidence.

Guatemala occupies the 56th place out of 94 countries in the 2017 Global Open Data Index. For instance, the country does not have digital platforms for company and property registration.

Guatemala can also modernize her judiciary with an e-justice system, which enables monitoring of legal cases and the digitization of archives.

Guatemala has 10 major direct and indirect taxes, which account for 12.4 percent of total domestic income. However, evasion remains high at 30 percent. The health emergency will only aggravate tax avoidance as income shrinks for firms and workers, according to Fitch Ratings.

To help the private sector get back on its feet, Guatemalan authorities can simplify tax filing, suspend or postpone taxes with high-avoidance rates, and create a single-tax regime for new ventures.

Along with a cut in red tape, Guatemala can become a beacon for investments in the region. Creating regulatory sandboxes and special tax regimes can foster innovative projects. Neighboring Honduras, for instance, is hosting special economic zones (ZEDEs), also known as charter cities, which have political and fiscal autonomy.

While perhaps acceptable as the government orders the economy to shut down, the subsidies should be temporary to minimize unforeseen consequences. Guatemalan authorities should assess the effectiveness of relief packages and other protectionist measures currently in force to avoid discouraging getting back to work. Without an appropriate balance, public spending will balloon and specific industries will have undue privileges.

Guatemala is a relatively open market, yet a single tariff rate would do wonders to facilitate foreign trade. The nation should also revise and remove non-tariff barriers that hinder commerce, such as quotas and permits.

Currently, tariff rates to import most agricultural and industrial goods range from 0 to 15 percent. Tariffs for cigarettes, vehicles, and firearms are 20 percent, and for alcoholic beverages they are 40 percent. Reductions to some of them are low-hanging fruit for gains from trade.

Some restrictions are thinly veiled protectionism. The government requires imported goods to get a certification from the Guatemalan Agriculture Department, which results in delays. Foreigners are not allowed to provide professional services in the country without authorization, which forces companies to staff 90 percent of their personnel with local workers—all while Guatemalans resist impediments to providing their own labor abroad.

To attract FDI, Guatemala can harmonize tariffs, make foreign certifications valid, and create tax incentives for companies to employ local workers rather than banning foreign ones.

Guatemala has been opening her markets over the last decades. Meanwhile, however, authorities have created burdensome and complex regulations to purportedly address mismanagement, corruption, gang violence, and drug trafficking. These at times have provided temporary relief but at the expense of higher deficits and cronyism. A deep state has spread across the judicial and executive branches, undermining political institutions and the rule of law.

The pandemic offers a once-in-a-lifetime opportunity to address these remaining challenges. The government should capitalize on its political capital to enact proper law enforcement, business-friendly regulations, and cost-saving technologies to beat the race of economic recovery.