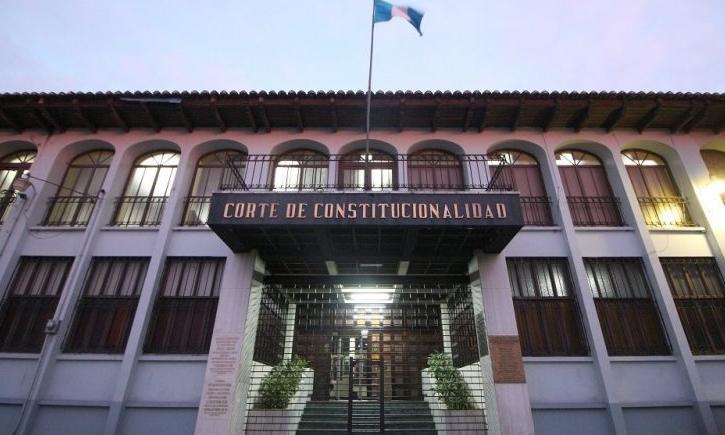 Guatemala's Constitutional Court violates the Constitution and abuses its power, according to legal experts. (FISLEM)

The magistrate selection process for Guatemala’s Supreme Court and Appeals Court has garnered international concern. The chairman and the ranking member of the US House of Representatives Foreign Affairs Subcommittee on the Western Hemisphere issued a statement about it on July 8.

The Impunity Observer has consulted with constitutional attorney and former Professor of Constitutional Law José Luis González, who holds a doctorate from Francisco Marroquín University. Our intention is not to engage in an exhaustive legal analysis but to highlight the key legal issues.

IO: On May 6, the Constitutional Court (CC) ordered Congress to exclude candidates for appointment to the Supreme Court of Justice (CSJ) and Appeals Court under investigation by the prosecutor general. The CC also ordered Congress to hold voice votes in which each legislative member has to explain his vote on each candidate. Is this in accordance with the law?

González: No, this order violates Article 141 of the Constitution, which guarantees the separation of powers. It prohibits the subordination of the legislative, executive, and judicial branches by any other branch of government. Congress’s duty, according to constitutional mandate, is to select magistrates from the list the Nominating Commission provides. Congress’s organic law mandates an electronic vote. The president of Congress can decide to hold a voice vote if the electronic system fails, but even so, there is no obligation for members to explain their votes. The organic law of Congress establishes its voting procedure. No other branch may intrude. The magistrates who subscribed the ruling committed the following crimes: violation of the Constitution, malfeasance, abuse of authority, and usurpation.

IO: In its May 6 order, the CC instructed the prosecutor general to deliver to Congress information from investigations of congressmen who are candidates for magistrate. Is this in accordance with the law?

González: No, this order violates the secrecy of investigations contained in Article 314 of the Criminal Procedure Code, which exists to protect the constitutional rights of presumption of innocence and due process. The order also violates the immunity granted to members of Congress, who can only be investigated after their immunity has been removed by judicial process.

The magistrates who subscribed this ruling committed the crimes of violation of the Constitution, malfeasance, abuse of authority, and usurpation.

IO: What could happen if the prosecutor general refused to comply with the order?

González: The CC could certify the act and accuse the prosecutor general of disobeying the order according to Article 420 of the Penal Code.

IO: If Prosecutor General Consuelo Porras disobeyed such an order, would she have a defense?

González: The prosecutor general could defend herself by citing Article 156 of the Constitution, which holds that “No public employee or functionary, civil or military, is obliged to comply with manifestly illegal orders or those that imply committing a crime.”

IO: Congress filed a complaint with the prosecutor general regarding the CC having unconstitutionally interfered with Congress by ordering it to exclude candidates and hold a voice vote. Does this complaint have merit?

González: Yes. The CC order violates Article 141 of the Constitution, which guarantees the separation of powers.

IO: Attorney Roberto Hernández filed a criminal complaint against the CC magistrates who subscribed the May 6 ruling. Please explain the procedure.

González: A criminal complaint against a magistrate of the CC must, within three days, go from the lower court to the CSJ. It must, within three days, forward the complaint to Congress according to Article 13 of Decree 85-2002. According to Articles 17 and 18, Congress must appoint an investigatory commission and, after it delivers its report, bring a vote to the floor on whether to remove the accused’s immunity or not.

IO: The CSJ has often rejected on face complaints against officials with immunity, and the CC has validated this practice. Please comment on the legality of such dismissals and their confirmation by the CC.

González: Article 16 of Decree 85-2002 holds, “The judge cannot issue in the delivery note any judgement nor categorize the crime.” The CSJ is only a conduit to receive the case and pass it to whichever body the law assigns jurisdiction. The CSJ cannot consider the merits because the case could eventually reach the CSJ if the accused’s immunity is removed and a conviction and appeals occur.

The CC has previously ordered the CSJ to consider the merits of these types of cases, which is illegal. CC confirmation of CSJ rejection of such complaints is also illegal and, as such, cannot set precedent.

IO: On June 27, the CC ordered Congress to send to the CC the original Hernández file. Was this in accordance with law?

González: No. The CSJ sent the complaint to Congress as mandated by Decree 85-2002. Congress had the obligation to process it as specified in that decree, pursuant to Article 165 (h) of the Constitution. The CC order violates the separation of powers and constitutes the crimes of violation of the Constitution, abuse of power, and usurpation.

IO: The CC filed a complaint with the prosecutor general against the permanent commission of Congress for disobeying its order to send to the CC the original Hernández complaint. Does the CC complaint have merit?

González: None whatsoever. The CC order was manifestly illegal. Article 156 of the Constitution holds that “No public employee or functionary, civil or military, is obliged to comply with manifestly illegal orders or those that imply committing a crime.”

IO: The CC magistrates claimed the complaint against their May 6 ruling was invalid because they cannot be held responsible for opinions they issue. Please comment.

González: The CC magistrates base their claim on Article 167 of the Injunction Law, which states CC magistrates “cannot be prosecuted for opinions they express in performance of their duties.”

Article 272 of the Constitution—sections (e), (h), and (i)—specify the only opinions the CC is able to issue. These are regarding: (1) treaties, agreements, and draft laws, at the request of any branch of government; (2) the constitutionality of laws vetoed by the president as unconstitutional; (3) and other issues within its purview established by the Constitution.

The action challenged in the Hernández complaint was none of these. It was a ruling, not a CC opinion. Article 69 of the Injunction Law states, “Only motions of clarification and amplification are permissible against Constitutional Court rulings, but the magistrates who subscribe them will be responsible according to law.”

In any case, Articles 154 and 155 of the Constitution specifically regulate the criminal, civil, and administrative responsibilities of public functionaries, which include magistrates.

Opinions are not mandatory; rulings are mandatory. Clearly, the CC May 6 order to Congress and the prosecutor general would have been mandatory had it not been illegal. It was a ruling in accordance with Article 69; therefore, the magistrates are legally responsible for it.

González: The three CC magistrates who subscribed the ruling favoring themselves violated the law by sitting in judgement of themselves, which is forbidden universally in the world of law.

IO: Based on Article 170 of the Injunction Law, defenders of the CC, including lawyers, argue the recusal section of the Judiciary Law does not apply to CC magistrates—that they may recuse themselves at their discretion. This seems to contradict your previous answer. Please elaborate.

Recusal is discretionary, but impediments forbid a judge from sitting in judgement of the matter. Article 122 (a) applies to the three magistrates because they are parties to the Hernández complaint. Having sat in judgement of themselves constitutes the crimes of malfeasance and abuse of power.

IO: The five-year term for CSJ and appeals-court magistrates ended on October 12, 2019, without new magistrates having been appointed. Why did that happen? What is the legal status of the magistrates who are still in their posts after their term expired, and what effects does this have on justice in Guatemala?

In its ruling, the CC ordered the magistrates to first create rules for evaluating candidates for membership in the nominating commission and to provide two slates of candidates from which to choose.

The invalidated assembly had been valid for three reasons: 1) the law does not require two slates of candidates; 2) there was no legal obligation to evaluate candidates according to rules that had never been made; and 3) the vote of the magistrates had been unanimous.

Article 208 of the Constitution establishes the term of five years for magistrates to serve. No person or entity has the authority to extend it. Article 427 of the Penal Code states continuation in public office after an official’s term has expired is a criminal offense.

The magistrates of the CSJ and the Appeals Court who have remained in their posts since October 13, 2019, have violated the law every day. Each and every ruling they have made and continue to make is null and void ipso jure because they are no longer magistrates. This unconstitutional state of affairs is due to the illegal rulings the CC issued.

IO: What are the checks on the CC if its magistrates violate the law?

González: The Congress and the prosecutor general are the checks. However, if the CSJ fails to comply with the articles of the Constitution and the law cited earlier to send the complaint to Congress, there is no institutional check.