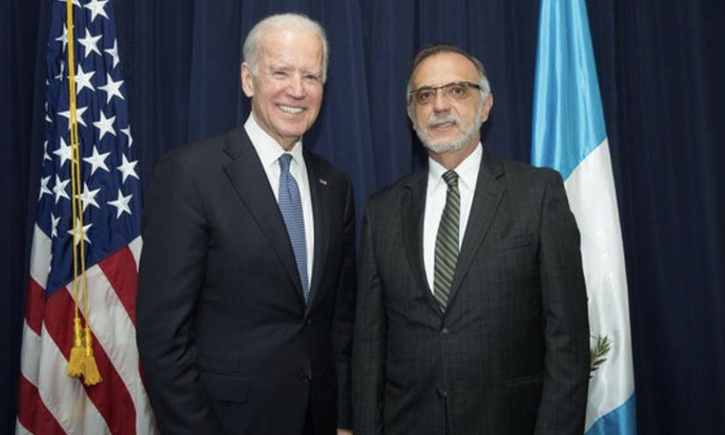 As president, Donald Trump was a hindrance to Democratic Party socialists who divert aid for Central America to their own agendas and fund their allies. With Joe Biden in command of the federal coffers, we can expect a revival of the pay-to-play scheme. The latest news, according to the Mexican president, is that $4 billion is in the pipeline from the new administration.

Disguised as social and economic development programs for the Northern Triangle countries—Guatemala, El Salvador, and Honduras—the foreign-aid scheme has evolved in recent years and taken the form of a purported crusade against corruption. The US government channeled the funding through international agencies, NGOs, and multilateral initiatives. One was the Alliance for Prosperity, which former President Obama founded and Joe Biden, then vice president, was in charge of implementing.

Rather than funding NGOs and international agencies directly, the Trump administration emphasized economic development in the region and curbing illegal migration to the United States. At the June 2017 Alliance for Prosperity summit, Trump cut aid to the Northern Triangle countries by 30 percent and conditioned funds to progress on migration and security.

From the beginning of his political career, Trump ran against the status quo in the United States and abroad. In Central America, his limited engagement undermined cronies who stood in the way of development. By withdrawing funding from counterproductive organizations, he addressed the root of the problem.

While some local activists may harbor good intentions and genuinely seek to fight corruption, the interests of those at the top of the foreign-aid totem pole are economic and political. So long as Central America remains mired in poverty and violence, socialists have found in progressive causes an endless source of funding and a successful tool for takeover.

Political power is indispensable for socialists and their allies to achieve a societal transformation, since it is contrary to popular will. That is one reason why they blackmail developing countries with foreign aid, as has happened in the Northern Triangle. First, foreign-aid officials make countries dependent. Then the officials threaten to withdraw the funds if the recipients do not meet progressive and socialist demands. In some cases, these conditions have been to persecute and jail allegedly corrupt political adversaries. The most notorious example in the Northern Triangle was the International Commission Against Impunity in Guatemala (CICIG).

Trump supported former Guatemalan President Jimmy Morales, even after his decision to terminate the CICIG, to which the United States was the chief donor. Under the guise of combating corruption and impunity, the CICIG trampled on Guatemala’s rule of law. The CICIG secured key posts in the judiciary and public prosecutor’s office for socialist allies.

The Trump administration knew this and sought to cut funds towards these organizations. Trump’s apparent goal was to deprive socialists of their most powerful and effective tool to impose themselves on Central American governments: the social and economic programs that finance the local agendas of their friends and allies.

Another organization with a strong foothold in Central America is the US Agency for International Development (USAID). Trump restructured the agency and sought to limit its use of funds to legitimate ends. In March 2019, Trump announced the US government would stop providing aid to Guatemala, Honduras, and El Salvador that is partly distributed through USAID.

One of Trump’s latest measures as president, in January 2021, was to withdraw military aid from the Northern Triangle countries. Although the policy originated as an initiative by House Democrats, it fit perfectly with Trump’s goal of draining the local swamp.

Had Trump achieved reelection, he would likely have continued to lessen the foreign-aid gravy train and tool for manipulation. President Joe Biden, on the other hand, has grandiose proposals to expand the problem. His so-called plan for security and prosperity in Central America vows to support “existing anti-corruption mechanisms while also working with partners to create a regional commission to fight corruption, build more robust domestic institutions, and help local prosecutors pursue corruption.”

Biden played an important role in imposing the CICIG on Guatemala. His natural move, therefore, will be to reverse Trump’s efforts to limit the cronyism and socialist agendas that have taken over foreign aid. Foreign aid funds US enemies with US taxpayer money.