Economic Shutdowns Drive Investment Away from Panama
Skip to content 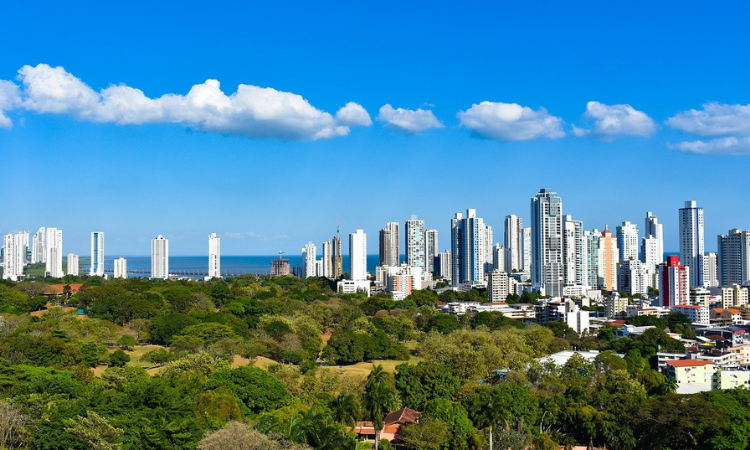 Panama continues to be an attractive destination for tourism, logistics, and investment in Latin America. (monicaiglesias)

In 2020, over 20,000 foreign residents in Panama returned to their home countries due to the COVID-19 pandemic. Shutdowns have brought one of the most prosperous Latin American nations to its knees, slashing jobs and investment opportunities.

The Panamanian government estimates foreign direct investment (FDI) fell by a whooping 25 percent in the first half of 2020. Due to an increase of the national debt, the rating agency Moody’s changed Panama’s credit outlook to negative in October. In November, Standard & Poor’s downgraded the country’s long-term debt to BBB.

How has Panama responded to the health crisis?

On March 9, 2020, Panama reported the first COVID-19 infection and the government recommended that citizens stay home. On April 1, Panama entered into complete lockdown.

In early June, the Panamanian government allowed some economic sectors, such as construction, manufacturing, and non-metallic mining, to resume operations. However, movement restrictions for individuals remained in place.

It was only in August when small businesses, such as hairdressers and retail stores, started to reopen. However, in mid-December, in light of a contagion hike, the government reimposed lockdowns and a curfew during end-of-year holidays.

To alleviate the economic impact, the government deferred tax payments until December 31, 2020, and provided flexibility to those unable to pay for basic utilities. It also reduced energy fees and donated food to impoverished families. In addition, authorities asked banks to offer payment facilities and restructure clients’ loans.

Panamanian lawmakers also approved individual stimulus checks between $75 and $100 to those who had lost their jobs during the pandemic. As of December 2020, the sum of total cash transfers was almost $1 billion.

In November, however, government authorities limited cash transfers to recipients in the most vulnerable conditions. In response, pressure groups such as university students took to the streets to protest and demand government aid with fewer restrictions.

What has been the pandemic’s impact on Panama’s economy?

After impressive years of expansion, Panama’s growth rate has been diminishing since 2013. With a moderate 3 percent increase, the country’s GDP per capita reached $15.731 in 2019.

The pandemic and related shutdowns have made matters worse. The Panamanian economy fell by more than 9 percent in 2020. The unemployment rate soared to 25 percent, and the underground or informal economy now makes up over half of all economic activities.

According to the Labor Ministry, employers have rehired only 100,000 of the 270,000 employees whose contracts were suspended due to COVID-19 lockdowns. The retail sector reported a monthly loss of $900 million from April to August, the period of tightest confinement measures.

Many businesses closed shop. Fifteen percent of Panamanian small and medium enterprises (SMEs) went bankrupt, and only 8 percent reported to have enough resources to face another lockdown. That is why, after the second quarantine during the December holidays, more than half of surviving SMEs, located in the capital and the Panama Oeste province, closed permanently.

For business consultant René Quevedo, such a significant closure of SMEs is particularly devastating for job creation. Over the last decade, solo entrepreneurs and SMEs have been the main drivers of new employment opportunities in the formal economy.

For foreigners, Panama continues to be an attractive destination for tourism, logistics, and investment in Latin America. However, some of the nation’s key job creators—construction, accommodation, and casinos—have suffered the most.

On the one hand, the Panamanian government has spent more than $1 billion on economic relief and received a $50 million credit from the Latin American Development Bank to strengthen the country’s response capacity to the pandemic. On the other hand, tax collection in 2020 plummeted—it came in at 40 percent less than expected.

In 2020, the government deficit reached $1.8 billion, and total public debt rose to $36.7 billion. Nevertheless, the International Monetary Fund expects the Panamanian economy to recover with a 4 percent growth rate in 2021.

According to the country’s Chamber of Commerce, Industry, and Agriculture, the Panamanian economy will still go through a recession in the first half of 2021. Recovery will not happen until the second half of the year, it predicts. To boost economic activity, the chamber has suggested that the government prioritize spending in productive sectors that generate a multiplying effect such as construction and other public works.

How does the departure of foreigners affect Panama?

More than 4,000 Nicaraguans left Panama between January and November 2020. At least 2,000 Colombians and others residents originally from the Dominican Republic, Venezuela, and Honduras made the same choice.

For decades, Panama has been a land of opportunity and top destination for economic migrants in Central America. Most of them take up jobs in services and construction, sectors now profoundly impacted by the pandemic.

According to Rafael Rodríguez, president of the National Association of Residents and Naturalized Citizens (ARENA), Panama’s situation is extreme. Rather than doing better than Panamanians, foreign residents are struggling to make ends meet. Many of those who have not left the country and continue seeking jobs are homeless, now living on the streets.

The massive outflow of foreigners has reduced overall consumption, which is key to reactivating the economy. Fewer economic immigrants also implies a lower volume of remittances, which had been increasing in years prior to the pandemic.

Despite the economic downturn, Panama has managed to keep Moody’s investment-grade credit rating, although with a negative outlook. The country’s premium risk is among the lowest in Latin America. This has allowed Panama to take on low-interest debt from international markets, making loan rollovers and strong public stimulus feasible.

As a dollarized economy, Panama boasts a high ratio of bank deposits and credits as a percentage of GDP: over 120 percent. In contrast, Ecuador, another dollarized economy, reaches only 30 percent. According to Moody’s, Panama will continue to attract foreign investment thanks to its cutting-edge logistics infrastructure and top strategic location for global trade.

Panama’s bet on special free-trade zones—such as Ciudad del Saber, Pacífico, and Colón—is paying off and proving resilient. Its financial system, another economic cornerstone, is highly competitive. There are 42 national and international active retail banks and other financial institutions with more niche licenses.

Indeed, amid the pandemic, Panama has continued to be a preferred destination for the safekeeping of financial assets. Julio José Prado, president of Ecuador’s association of private banks, argues Panama has been able to keep attracting capital during the 2008 and 2020 crises because of its political stability and rule of law—unlike Ecuador.

What is Panama’s plan to kickstart the economy in 2021?

Like many other governments across the globe, including Mexico’s, the government of Panama will prioritize infrastructure investment through public spending and public-private partnerships. It will also attract foreign capital to boost tourism and provide credit for private initiatives that support job-creation.

Under a law that provides incentives for tourism, Panama will be home to five new projects with great potential to draw in visitors. The total investment amounts to $371 million, which will seek to develop untapped tourism potential in Panama’s countryside in Bocas del Toro, Chriquí, Las Perlas, and Punta Chame.

In July 2020, Panama’s National Assembly approved a $24.2 billion spending budget for 2021. This is 3.3 percent higher than the previous year’s and assumes a 4 percent growth rate.

In addition, officials have budgeted more than $7.7 billion for infrastructure. Top priority projects are a third metro line in Panama City, a new electricity transmission line, and the final works for a new bus passenger terminal in Tocumen, home to the country’s international airport. The government will attempt to complete other projects, such as roads, through public-private partnerships.

The Panamanian government has also taken on debt from multilateral organizations. On December 11, 2020, the World Bank announced a $300 million loan for Panama’s economic recovery. Local officials said the money will go toward improving health and education services and enhancing transparency in the public sector. The loan comes with a three-year grace period and allows for nine years until full repayment.