The Perversion of US Aid to Guatemala
Skip to content 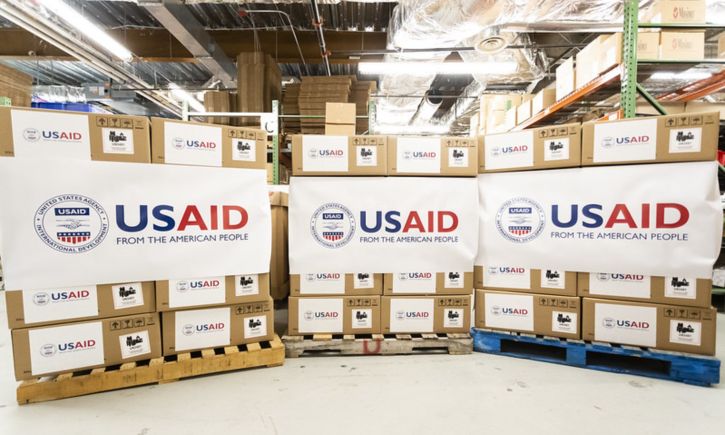 Two orthogonal facts have become intertwined to provoke today’s reflection on the nature and reach of the US government’s “aid” and “assistance” to Guatemala. The first fact was a call for consulting proposals by an international NGO, which seeks to “to harness the strengths and experiences of a collective and multisectoral network to empower indigenous organizations and catalyze a favorable environment where indigenous peoples can manage, develop, and govern their own territories following the principles of self-defined development, traditional practices, and natural-resources management.”

To those who understand this gobbledygook, it contains the obligatory terms: collective network, multisectoral, empowerment, indigenous peoples (twice), govern their own territories, self-defined development, and natural resources. Let me try to decipher the underlying message: it’s a call to foment social conflicts under the banner of identity politics and environmentalism.

The donor countries fall for it, hook, line, and sinker: let’s help the indigenous peoples, preserve forests, and save the planet—with funds from the United States Agency for International Development (USAID).

The second fact was a February 7 article by Mary Anastasia O’Grady in the Wall Street Journal subtitled “Funding for political activism and abortion won’t create jobs in the region.” It suggests that Biden will pump “US$4 billion into a variety of Northern Triangle social and activist political organizations. It won’t generate jobs beyond the aid industry.”

In reality, the aid funds that allegedly support governance, democracy, indigenous peoples, and environment preservation end up in the pockets of multinational subcontractors who specialize in the “aid” business and of local organizations operating in the political activism and protest industries.

For years, US foreign-aid agencies have focused on exporting and financing not the values and institutions that underpinned their country’s greatness and wealth, but rather those that promote its own social and political divisiveness, eating it up from the inside. As is the destiny of all bureaucracies, these agencies have grown, expanded their scope, and perverted their original mission. They have been captured by the forces of postmodernism, intersectionality, and today’s politically correct themes.

Rather than promoting productive investment, capital formation, technological adoption, aid funds promote the priorities of cultural Marxism and identity politics. The flow turns into a drip that permeates the cracks of bureaucracies and of both local and international organizations that drink from it.

On February 8, the USAID tweeted “we will keep doing what we do best as we join the international community to build a fairer and more stable world.” In other words, the mission is not to boost economic development but social justice.

The stated intention of the US government’s assistance to Guatemala is to improve the conditions and opportunities of those most in need to reduce the flow of migrants. However, several of the organizations and causes that it funds do not lead to more investment and jobs—on the contrary. Guatemala needs better governance and investment, not local versions of Antifa and Black Lives Matter.