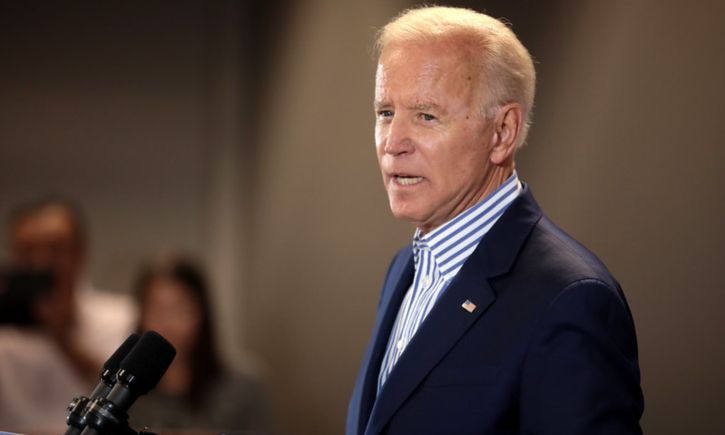 Biden is again pressuring the appointment to Guatemala's highest court of his select magistrates. (Gage Skidmore)

Joe Biden has promised “to restore humanity and American values to our immigration system” and to address “the root causes of migration from Central America.” He is doing exactly the opposite. Biden is flooding the country with migrants his regime expects to vote for Democrats.

The Biden regime has provoked a new flood of immigrant arrivals by undoing former President Donald Trump’s asylum agreements with Mexico, Guatemala, El Salvador, and Honduras and proposing immediate work and a path to citizenship for migrants. The migrants risk murder, rape, and other abuses by Mexican criminal cartels that control their movement. So much for restoring humanity.

The Washington Times reported: “Where Mr. Trump saw the US system as the root cause of illegal immigration, serving as a pull factor to entice people to make the journey, Mr. Biden instead argues the push factors in Latin America are more important.” But Biden is pushing migration in the geostrategic country of Guatemala by imposing criminal socialists on the country’s judicial branch and Prosecutor General Office.

Guatemala, the only land route from South and Central America to the United States, has a porous 595-mile border with Mexico. Armed gangs, who descend from Fidel Castro-supported guerrillas, dominate the border areas. The gangs enjoy protection from the judiciary and prosecutors that Biden imposed on Guatemala when he was Obama’s point man.

The results have been increased violence and decreased employment opportunities. Both have pushed Guatemalans to the United States, and judicial complicity keeps the border open for illegal flows of people and narcotics.

Biden is picking up as president where he left off as vice-president. The term of the magistrates Biden forced on the Constitutional Court (CC)—Guatemala’s last word on judicial matters—expires on April 14. Biden is again pressuring the appointment of his select magistrates, this time for the 2021–2026 term.

In 2016, the US embassy took Guatemala by surprise with its aggressiveness in imposing magistrates on the CC. After five years of watching the CC illegally close businesses, persecute political enemies, and protect themselves and their allies from criminal prosecution, Guatemalans have been resisting current embassy efforts to reappoint some of the same criminals as magistrates. This has caused Biden’s State Department and National Security Council to take an open role on behalf of the criminals.

Secretary of State Antony Blinken spoke with Guatemala’s foreign minister on February 17. As if from an Orwell novel, Blinken “emphasized the US commitment to addressing the structural problems that trigger irregular migration [and] the importance of securing an independent judiciary [by] designating impartial candidates in the upcoming selection of Constitutional Court magistrates.”

On February 23, the State Department announced it had created an “International Anticorruption Champions Award” and named Guatemalan prosecutor Juan Francisco Sandoval as a recipient. Sandoval has been filing illegal criminal charges with coconspirator Judge Erika Aifán against candidates for CC magistrates, attempting to eliminate competitors to Biden’s preferred candidates.

The Foundation Against Terrorism in Guatemala has informed the Impunity Observer that it has filed 15 criminal complaints against Sandoval, which the authorities have refrained from acting on. Sandoval’s most notorious act involves the Odebrecht corruption scandal. Having paid $788 million in bribes, among other crimes, Odebrecht pleaded guilty in US federal court and paid a $2.6 billion fine. The massive corruption case encompassed the United States and 11 other countries, including Guatemala.

Despite lacking authority, Sandoval illegally gave Odebrecht a release from the country’s claim against it for $384 million worth of unrealized construction work. Guatemala’s state attorney, the only official with the authority to give a release, filed a complaint against Sandoval for this crime. At Sandoval’s request, Aifán ruled his act legitimate. Sandoval’s coconspirators in the CC grant him impunity by assuring the cases against him go nowhere.

Repeating Sandoval’s false charges, the State Department issued an aggressive statement in January in opposition to the Guatemalan Bar Association. The statement disputed the two-month replacement appointment to the CC of a magistrate, Mynor Moto, not in the Sandoval-Biden club. On the same day, in an apparent attempt to intimidate officials involved in choosing CC magistrates, National Security Council Director of Western Hemisphere Juan González told a Guatemalan newspaper the Biden administration would create a regional anti-corruption commission and sanction those the regime deems corrupt. Obviously promoting Sandoval, González added, “There are prosecutors who are the last line of defense of the rule of law.”

On March 5, Guatemala’s lawyers defeated Sandoval-Biden candidate Francisco Rivas for the Bar Association’s CC appointment. One can expect Sandoval will request Aifán to issue an illegal arrest warrant against winner Nestor Vásquez to keep him off the CC, as they did with Moto. Aifán will be further assured of impunity for her illegal rulings as a result of receiving a State Department Women of Courage Award on March 8.

Guerrilla-successor control of the CC is essential for the Biden agenda. It would permit his Guatemala allies to foment destruction and government dependence and fix the 2023 general elections—finally creating a socialist dictatorship. For the Biden regime, CC control would guarantee open borders and a continual flow of migrants to the United States.