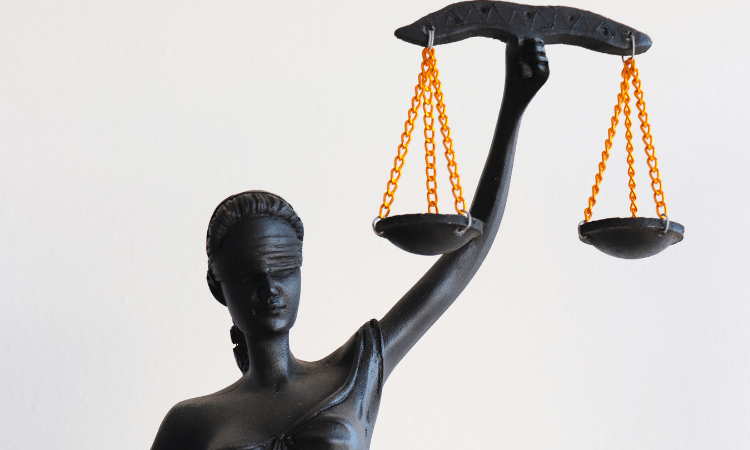 The topic of today’s hearing is one which should garner support on both sides of the aisle – the importance of judicial independence. Indeed, as a matter of general principle, embedded among larger principles – namely, respect for constitutionalism and the separation of power – support is widespread.

The problem, of course, is when the principle is distorted to fit an ideological agenda – when, for example, so-called “anti-corruption” campaigns are applied not in an even-handed manner, but rather as a partisan and ideological tool against one side to advance the interest of the other.

The countries of Central America are varied, and each is faced with unique problems. Some concerns remain constant, however, such as endemic corruption, social and economic inequality, and ideological polarization. The status of an independent judiciary likewise varies from country to country, though there are some troubling trends in the region.

In El Salvador, President Bukele has appeared to move in a high-handed manner, removing and replacing judges from the Constitutional Chamber with the support of the National Assembly, where he holds a supermajority. The question with respect to El Salvador, which I would like to hear answered by our panelists, is whether he did so in defiance of the Constitution.

Jared Genser, an international human rights lawyer with special expertise on arbitrary detention, has worked on more than 50 political prisoner cases over his career and the author of The UN Working Group on Arbitrary Detention (Cambridge University Press, 2019) submitted testimony for this hearing and said: “Just yesterday, my pro bono client, Félix Maradiaga, a prominent Nicaraguan activist and presidential candidate, was beaten, detained, and disappeared by Nicaraguan security forces… in recent weeks, Ortega has transparently and brazenly decapitated the political opposition by disqualifying all the leading candidates most likely to prevail in the opposition’s presidential primary vote on August 2, 2021, including Cristiana Chamorro, Arturo Cruz, and now Félix.

“…in Nicaragua, Daniel Ortega has completely co-opted the justice system to serve his own interests and consolidate his autocratic rule in the country. Currently, there are more than 120 political prisoners in the country detained on pre-textual charges. Judges in Nicaragua often try to provide these detentions with a patina of legitimacy by going through the motions to make what are clearly political show trials appear real, but few are fooled.

Mr. Genser states that: “Ortega has shamelessly exploited Nicaragua’s judicial system to eliminate systematically any challenges to his authority. The international community must unequivocally condemn this assault on Nicaragua’s democracy. And it must work urgently to restore and fortify judicial independence and the rule of law in Nicaragua and Central America.”

It is perhaps Guatemala, however, which has received the most attention of late, given the recent visit of Vice President Kamala Harris to the country.

My colleague and co-Chair Jim McGovern and I agree on a lot of things – we have stood shoulder-to-shoulder in combating the depredations of Xi Jinping and the Chinese Communist Party in Xinjiang and Hong Kong, for example, which I greatly appreciate. And I think we would both agree that the independence of the judiciary is under serious attack in Guatemala.

Where I think we disagree, however, is where the attack against the independence of Guatemala’s judiciary is coming from.

I believe an honest examination of the record would reveal that it has come in part from the United States, including under two former ambassadors, Todd Robinson in particular, who have aligned themselves with left-wing political actors in the country and abroad. It also came from an activist, out-of-control United Nations agency, CICIG, funded in part by the United States, which was the subject of a Helsinki Commission hearing which I chaired that examined the role played by CICIG and Russian State actors – principally VTB Bank, sanctioned by the US Treasury Department – in intervening in Guatemala’s legal system and persecuting a Russian family, the Bitkovs, who had fled the long arm of Vladimir Putin.

Human rights champion Bill Browder, the man who tenaciously and brilliantly led the campaign for the enactment of the Magnitsky Act—and Global Magnitsky—after the government of Russia arrested, tortured, and killed his lawyer, Sergei Magnitsky, in November of 2009, has championed the Bitkov’s case.

Mr. Browder testified at my April 27th, 2018 hearing on their behalf and said: “Inexplicably, VTB Bank gained the legal status as an ‘interested party’ in the Migration Case against the Bitkovs with the support of CICIG. In January 2015, a criminal case against the Bitkovs was opened at the direction of CICIG.” Immediately after that, he testified that “70 armed police officers raided the Bitkovs’ home; arrested Irina, Igor, and Anastasia; and detained them in cages behind the parking garage in the main court building in Guatemala City.”

Even an earlier Appeals Court ruling found that the Bitkovs’ alleged offense was only administrative in nature and punishable with a fine, yet Igor was sentenced to 19 years in prison, and Irina and Anastasia were sentenced to 14 years each.

We will hear from one of the Bitkovs, Irina, as a witness today.

Indeed, this strange alliance between CICIG and Russian actors, and the role played by key left-wing political figures such as the attorney Alfonso Carrillo in mediating this alliance, met with what can best be described as incuriosity by former Ambassador Robinson, who has been nominated by President Biden to serve as the Assistant Secretary for the Bureau of Narcotics and Law Enforcement Affairs at the State Department, also known as INL.

I hope that my Senate colleagues inquire at confirmation as to the reasons for this incuriosity – if that is what it was – by Ambassador Robinson with respect to Russia’s role with CICIG, and also Russian influence on Guatemala’s Constitutional Court, whose composition was heavily influenced by Mr. Robinson.

In that regard, I commend a column from the always-excellent Mary Anastasia O’Grady published this week in the Wall Street Journal where she states, and I quote, “Mr. Robinson’s record raises serious questions about his suitability for the job” as head of INL. As she points out, as Ambassador Mr. Robinson “earned a reputation for meddling in domestic politics in ways that went well beyond the scope of his responsibility. He was known, for example, for pressuring Guatemala’s Congress to confirm judges aligned with his political views.” I ask that Ms. O’Grady’s article, as well as a series of articles she wrote in 2018, be entered into the record, and commend them to my Senate colleagues as they consider Ambassador Robinson’s nomination.

I also commend an excellent statement for the record submitted by Steven Hecht of Impunity Observer which elaborates on Todd Robinson’s intervention with respect to the composition of Guatemala’s Constitutional Court, in particular with regard to the appointment of former justice Gloria Porras.

And here I must remind this panel that the principle of independence of the judiciary resides within the context of larger principles, namely the importance of constitutionalism and respect for separation of powers. One cannot, in the name of safeguarding the “independence of the judiciary,” allow a handful of judges to run roughshod over the Constitution and violate the principle of separation of powers.

Yet, as amply illustrated by Mr. Hecht, that is what the Constitutional Court of Guatemala did under Gloria Porras, who, as he describes, “twice participated in ruling that stopped Congress from processing cases against her.”

It is also worth noting that prior to her visit to Guatemala, Vice President Harris met quite publicly with both Gloria Porras and Thelma Aldana, the former attorney general of Guatemala, in the United States.

Indeed, the reason that the meeting was held in the United States, and not Guatemala, might be because Thelma Aldana has two outstanding arrest warrants in Guatemala on charges of corruption.

This is another area of inquiry for the Senate with respect to Ambassador Robinson when he appears for confirmation – what was his role in protecting and promoting Thelma Aldana?

At our Helsinki Commission hearing, we received testimony that a former Guatemalan official named Myra Veliz, was at the heart of a passport and fraudulent document ring. There are credible allegations involving corruption at the Registro Nacional de las Personas, or per its Spanish acronym, RENAP.

Yet instead of investigating her, Thelma Aldana gave Veliz a position in the attorney general’s office and protected her. Instead we saw the prosecution of low-ranking functionaries by Aldana and CICIG, and the disproportionate harassment of the Bitkovs, who received documents after entrusting the Cutino Law Firm, another politically-connected actor which somehow escaped the scrutiny of Aldana.

Thus I think another line of inquiry for Ambassador Robinson would be the extent of his awareness of Thelma Aldana’s role in failing to investigate those officials such as Mayra Veliz allegedly involved in the distribution of fraudulent documents to foreign nationals, and what were the national security implications to the United States of this apparent incuriosity.

To make a final point – what so alarms me and I believe colleagues such as Senator Marco Rubio and Senator Roger Wicker who have criticized the intervention of actors such as CICIG and Russia in the workings of the Guatemalan judicial system are the double standards.

Of course we are against corruption, and efforts to undermine the rule of law or the independence of the judiciary. But what is so infuriating is that these important principles are so often applied in a one-sided manner, and used to advance the interests of the political Left.

If we are going to fight corruption and defend the rule of law in countries such as Guatemala, it is important that we do so in an even-handed and fair manner, tackling wrongdoing by both the political right and the political left with consistency and commitment.

Thank you, and I look forward to your testimony.