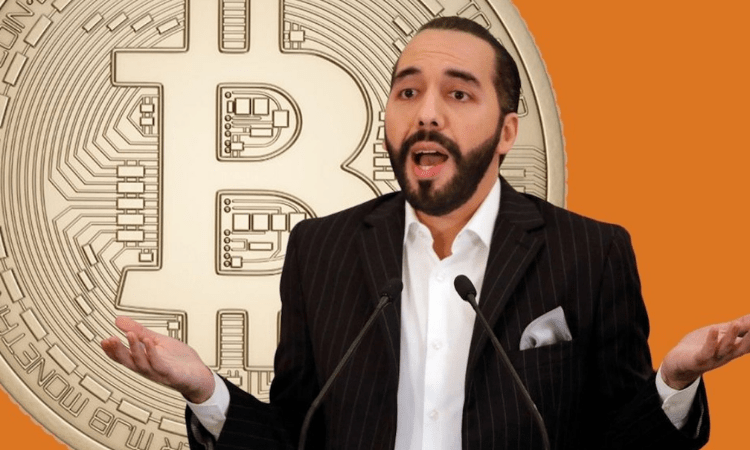 Bukele has demonstrated he often has ulterior motives. Imposing bitcoin is no different. (DigFin)

On September 7, El Salvador became the first country to roll out bitcoin as legal tender. Rather than embracing the disruptive cryptocurrency, however, Salvadorans are taking to the streets to demonstrate against it, which most view as another step in President Nayib Bukele’s rise towards autocracy.

Indeed, Salvadorans do not reject bitcoin itself but rather how the government handled the implementation. Three months ago, when Bukele announced the bill—not in San Salvador but in Miami—most Salvadorans had never heard of bitcoin, let alone used it. Unsurprisingly, 70 percent of them oppose the law.

Bitcoinization at What Cost?

What should have been a broad discussion in Congress was a farce. Bukele’s party majority of legislators rubber-stamped the bitcoin bill in just five hours, blocking the opposition’s request for time to study it. The Central Bank and the Finance Ministry then rushed to draft regulations before the September rollout, which happened amid social discontent and technical snafus.

The social experiment comes with a $200 million price tag: $150 million for a fund to convert bitcoin into dollars, $30 million for bonuses to those who download the government’s bitcoin wallet, and $20 million for an educational campaign. Economist George Selgin has calculated that is not nearly enough to bitcoinize an entire economy, and of course, taxpayers will end up footing the bill.

For a monetary system relying on the internet, the reality on the ground is far from ideal. Only 45 percent of Salvadoran households have a connection at all. Even though the law forces businesses to accept bitcoin, most are resisting, and over 80 percent of remittance receivers still prefer US dollars, the country’s other legal tender.

To make things worse, the Bukele administration has not been transparent about the deals to develop the official bitcoin wallet Chivo—a slang word meaning “funny”—and the bitcoin ATMs being deployed nationwide by the Chicago-based company Athena.

Athena made a single announcement in late June, saying the company would invest around $1 million to set up 1,500 ATMs in El Salvador. As of September 7, the government has installed 200 of them, each capable of supporting 4,000 users per day.

Although Bukele has said Salvadorans would not pay fees at the ATMs, Athena has to make money somehow, probably through taxpayer subsidies.

Another concern for Salvadorans is the unaccountability of Bukele’s bitcoin team. Although the president hired Jack Mallers, founder of the payment platform Strike, to help draft the bill and be the poster boy in the crypto industry, others are pulling the strings.

According to leaked documents published by the independent news outlet El Faro, Bukele and his brother Karim have shunned the ministries and public employees who should be making the decisions. Instead, they have handed the bitcoin rollout to two Venezuelans part of a secret cabinet, Sara Hanna and Lorenzo Rey.

Neither Karim, Hanna, nor Rey are public servants, and no known contract links them to the Salvadoran government. In meetings with crypto companies to discuss opportunities in El Salvador, Hanna has introduced herself as an advisor to Bukele and led the negotiations. Rey is the technical leader, tasked with Chivo’s development.

Although Salvadorans may use other bitcoin wallets, through Chivo the government can access users’ data, track them, and freeze funds if it so wishes. This is no far-fetched scenario; on September 1, the police arrested a vocal critic of the bitcoin law.

What Could Be Behind the New Bitcoin Law

Through his machinations to get the Supreme Court to greenlight his reelection, Bukele has demonstrated he often has ulterior motives. Imposing bitcoin is no different.

Rather than the stated goal of helping Salvadorans receive remittances from abroad with lower fees, he might want to attract capital from foreign bitcoin enthusiasts to fund his cash-strapped administration.

The dollarization of El Salvador at the turn of the century put a limit on politicians’ spending sprees. Salvadoran economist Tatiana Marroquín has warned Bukele is trying to lift this limit with bitcoin. This assumption is not outlandish, considering that he and Karim first planned to issue a national digital currency called the colón dollar, before opting for bitcoin.

Bukele might also be seeking a way around US sanctions, as his administration becomes more authoritarian, and testing how far Salvadorans will let him go in shaping the country to his taste.

No Crypto without Representation

Four years ago, a group of crypto enthusiasts, including Mallers, created a small bitcoin economy in the Salvadoran beach of El Zonte. Although small businesses initially accepted the cryptocurrency from tourists, most stopped due to the lack of internet signal, their outdated smartphones, and bitcoin’s volatile price.

The fate of bitcoin in the rest of El Salvador will probably follow the same path. If the Bukele administration keeps using taxpayers’ money without accountability, it can expect continued resistance. This happened in Ecuador in 2017, when the Rafael Correa administration failed to impose a state-backed digital currency to undermine dollarization.

What dooms El Salvador’s bitcoinization is not following bitcoin’s ethos of decentralization and freedom. Instead, Bukele has imposed it on an entire country without considering that the people should be asked about their livelihoods.