The Fruits of AMLO’s Concessions to Cartels
Skip to content 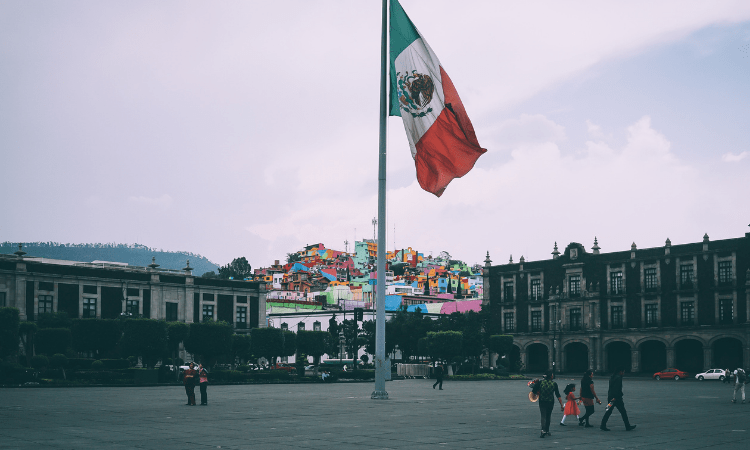 AMLO’s security policy is in many respects similar to that of previous administrations. (Canva)

Although AMLO has increasingly tasked the military with policing duties, his strategy is not tough on crime. According to security analyst Alejandro Hope, the Mexican government has adopted “some sort of non-aggression pact” in which the army merely patrols the dividing lines between drug cartels to prevent turf wars.

During the pandemic, while the government struggled with the health-care response, cartels took advantage of lockdowns and restrictions on the wider population to expand their businesses.

According to the “2021 Global Organized Crime Index”, a study of 193 countries conducted by 350 experts on transnational crime, Mexico has the world’s highest criminality score, right after the Democratic Republic of the Congo, Colombia, and Myanmar.

Due to its proximity to the United States, Mexico is a lucrative transit zone for all things illegal, including drugs—from marijuana to methamphetamine—wildlife, arms, fuel, and human smuggling.

Moreover, seven out of the world’s top 10 most violent cities are Mexican, according to the most recent ranking by the Mexican civic organization Citizen Council for Public Security and Crime Justice (CCSPJP). These are Celaya, Tijuana, Juárez, Obregón, Irapuato, Ensenada, and Uruapan.

Of the top 50 cities, which is as deep as the ranking goes, 18 are Mexican. For CCSPJP President José Antonio Ortega, Mexico becoming the global violence epicentre in recent years is no surprise. “In 2019 and 2020, the AMLO administration has implemented the worst policy to control crime,” Ortega told the news outlet Infobae.

What is the current state of organized crime in Mexico?

The Mexican government has mapped 16 criminal organizations across the country. Due to their international focus, the Sinaloa and the Jalisco New Generation cartels are the most prominent.

The Sinaloa cartel has a significant presence in northern Mexican states, whereas the CJNG is mainly located in the central-south region. The rest, which remain in constant confrontation among each other, include:

Turf wars among them wreak havoc, disrupting the economy and fueling emigration. For instance, the Gulf Cartel has split up into warring factions that regularly cause violence, including the massacre of 15 civilians on June 19. The western state of Michoacán has become a battleground as the CJNG has expanded into territory of other cartels, such as the Viagras.

For decades, Mexican criminal organizations’ main economic activity has been drug-trafficking, but they have expanded to other illicit activities in recent years. Extortion of businesses is on the rise and is becoming as common as it is in Central America with street gangs. According to the think tank Mexico Evalúa, over 18 percent of firms nationwide were extorted in 2019, a 58 percent increase since 2017. The most affected industries were mining and agriculture.

Due to the economic impact of lockdowns, cartels have found alternative revenue sources in trafficking wildlife and guarding hospitals. Whereas the pandemic disrupted most industries, Mexican criminal groups have shown operational resilience.

When AMLO took office in 2018, Mexico had 50,000 missing individuals and 25,000 homicides per year. He campaigned on a promise to bring peace back, but violence has soared.

AMLO’s security policy is in many respects similar to that of previous administrations. He has doubled down on militarization and centralization of power in the hands of the federal government.

What has changed is the communication strategy. While previous administrations boasted arrests and attacks on ringleaders, AMLO opted for conciliation with a motto: “Hugs, not bullets.”

In March 2019, a constitutional reform paved the way for the creation of a National Guard to protect citizens from organized crime. Until the new institution is up and running, which could take up to five years, regular soldiers under the president’s command can stand in as National Guard.

With that legal justification, AMLO has deployed more than 80,000 Army and Navy officials. That is a 45 percent increase from the previous administration and the highest number of mobilized soldiers in Mexico since the war on drugs started back in 2006.

In the meantime, the National Guard is setting up its bureaucratic structure with 102,944 officials.

Packing Mexico with soldiers, however, has proved fruitless. In the best-case instances, military controls dissuade and prevent violence between drug cartels, not against the wider population. In their territories, criminal groups appear to enjoy free rein.

Gilberto Vergara, a local priest in Aguililla, Michoacán, told the Associated Press in November that the government’s strategy of avoiding conflict is actually empowering criminals. “The most shameful thing is the absence of the government, which has become simply a spectator in a war that has left so many dead, so much destruction,” Vergara explained. “If the government is absent, then the cartels take over.”

How is organized crime exacerbating emigration?

Between September 2020 and September 2021, US border officials encountered 1.7 million migrants, an unprecedented number, trying to illegally cross into the United States from Mexico. Of those migrants, 608,000 were Mexicans, the largest group by nationality.

It reversed the migration trend from Mexico to the United States, which had decreased in 2018 and 2019. The number of people returning to Mexico has decreased as well.

According to Silvia Giorguli, president of El Colegio de México, a higher-ed institution, crossing the border by illegal means costs between $4,000 and $6,000. The reasons for doing so include the lack of economic opportunities and health care and the increase of violence in Mexico.

“After 2008, Mexican migrants with US residency started to return [to Mexico]. Then came reports of extortion, theft, and kidnappings, so they did not find incentives to stay in their country and decided to return [to the United States],” Giorguli told the Spanish newspaper El País.