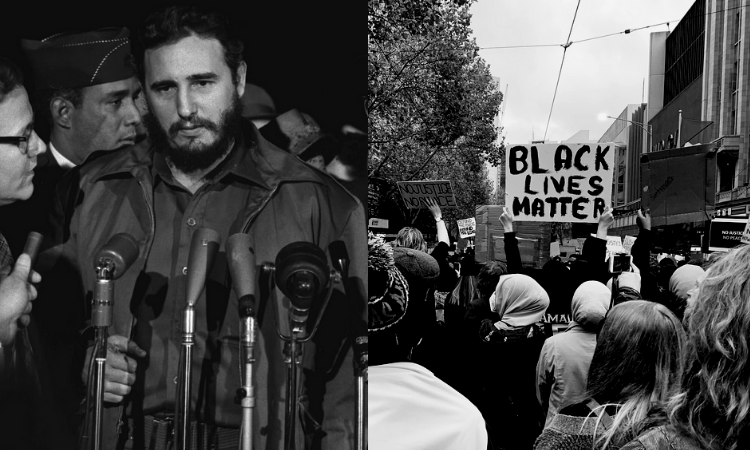 BLM is an outspoken supporter of Fidel Castro and his revolutionary ideology. ( Pxfuel / Pixabay )

In recent years a curious tendency has joined the blood sport of US politics. It consists of making direct comparisons between politicians at the presidential level and foreign leaders whom history has marked as dictators.

The comparison mostly favored by American leftists is between Donald Trump and Adolf Hitler. Now, however, history has produced a sequence of events that indicts the standard-bearers of the left—the Democrats—as aspiring totalitarians.

The inciting factor is the not-guilty verdict in the Kyle Rittenhouse trial. The Democratic leader who put himself in the witness chair—before the trial and after—is no less than Joe Biden, who last year declared that Rittenhouse was a white supremacist.

When the verdict was announced, did Biden revisit his earlier comment and express regret if not remorse? Not really. “While the verdict in Kenosha will leave many Americans feeling angry and concerned, myself included,” he said, “we must acknowledge that the jury has spoken.”

A more pertinent reaction came from Jerry Nadler, a key Democrat who chairs the House Judiciary Committee: “This heartbreaking verdict is a miscarriage of justice and sets a dangerous precedent which justifies federal review by DOJ,” the so-called Department of Justice.

Nadler’s statement is true only if you agree with Fidel Castro’s definition of law: “Revolutionary justice is based not on legal precepts but on moral conviction.” Indeed, this statement may be seen as a summary of the Democratic Party credo.

Shortly after Fidel’s seizure of power in 1959, a striking event unfolded in Cuba that might be a premonition of the Rittenhouse matter.

A group of more than 40 air-force pilots who had flown missions against Castro’s insurrection went on trial for war crimes. Charged with bombing Rebel Army positions, the airmen claimed they had actually dropped their bombs on empty areas and made false reports to their superiors. Their stories were verified; the court under presiding Judge Félix Peña, himself a Rebel Army major, found no reason to convict the airmen and declared them acquitted.

This verdict enraged the revolutionary mob. An uproar broke out in Santiago de Cuba, the country’s second city, where the trial had occurred. Police kept all the pilots in jail. Fidel went on television, angrily denounced the verdict, made a mockery of Judge Peña, and called for a new trial.

As Fidel had mandated, a new trial began under a new panel of judges. With no new evidence introduced, all the pilots were convicted and sentenced to up to 30 years in jail.

Fidel made his statement about revolutionary justice and explained: “Since the airmen belonged to the air force of [the enemy], they are criminals and must be punished.”

As for the victors, Fidel went on to exercise 47 years of absolute power in Cuba, while the second presiding judge served for many of those years as Fidel’s counterintelligence chief.

What about the Rittenhouse case, the Biden administration, and the American people? Will the president, his congress, his justice ministry, and his revolutionary mob succeed in overthrowing the Rittenhouse verdict, as they are trying to do?

A revealing circumstance ties together Kyle Rittenhouse and the pre-Castro airmen. Biden, Nadler, the Democrats, and their mob are furious at Rittenhouse for disrupting a riot organized by Black Lives Matter. Rittenhouse’s most grievous offense—the one for which Biden called him a “white supremacist”—was to oppose a mob that answered the BLM call.

BLM is an outspoken supporter of Fidel Castro and his revolutionary ideology. When Castro died in late 2016, BLM published an effusive eulogy: “There is an overwhelming sense of loss … As Fidel ascends to the realm of the ancestors, we summon his guidance, strength, and power as we recommit ourselves to the struggle for universal freedom.”

In 2021, when mass demonstrations across Cuba threatened the Castroite regime, leaders of BLM spoke out loudly against the protests. Among those who offered praise for Cuba’s totalitarian regime was the author of the so-called 1619 Project, a major source feeding the critical-race-theory curriculum that is a subject of heated dispute in US schools.

All these elements coalesce at the heart of the US Democratic Party, which may today be called the most powerful political collective in the world that supports Fidel Castro’s legacy.