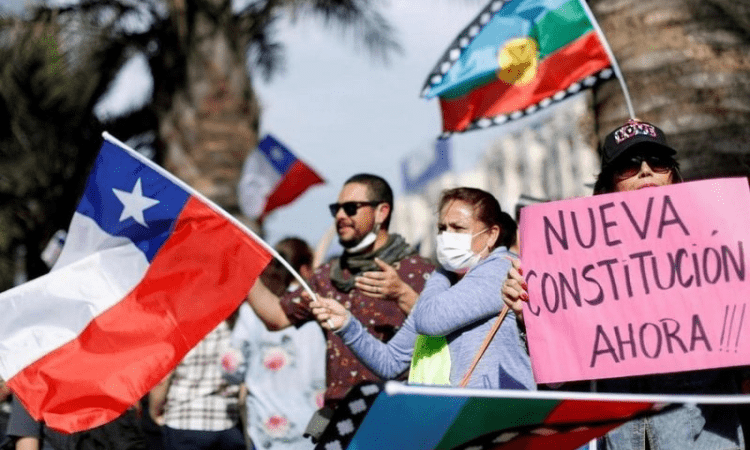 Socialist Gabriel Boric has triumphed over conservative José Antonio Kast by a wide margin, thus confirming Chile’s abrupt turn to the populist left, with all the negative consequences that this will entail. The beacon of freedom in South America is on the decline.

The standard-bearer of the Latin American left has won the most polarized presidential race since Chile’s return to democracy in 1990. He has won with the paradoxical promise of burying the system that has allowed the country to lead all macroeconomic indicators in the region. “If Chile was neoliberalism’s cradle, it will also be its grave,” he exclaimed.

The former student leader arrives with the usual demagogic crutch of promising to put an end to inequality by substantially increasing the size of the state. This means dismantling the Chilean economic model to resume the unfinished totalitarian path of Salvador Allende.

In 1970, after his fourth presidential run, the Marxist Salvador Allende triumphed thanks to the support of Congress. He intended to turn Chile into a Soviet-inspired, centrally planned economy.

His Minister of Economy Pedro Vuskovic assured: “The aim of our maneuver, which will be achieved through the abolition of private property, will be the destruction of the economic bases of imperialism and the ruling class.”

The implementation of these anti-economic policies caused the economy to collapse in record time, increasing the fiscal deficit from 1.4 percent of GDP in 1970 to 22.9 percent by 1973. Inflation soared to as high as 600 percent, generating shortages of basic household goods.

Allende made intensive use of the executive decree, systematically violating the constitution and the law, which led to a scenario of acute political and institutional crises. As a result, Congress declared the regime unconstitutional and entrusted the Armed Forces and the Carabineros Corps to intervene to restore constitutional order.

On September 11, 1973, the Chilean armed forces decided to act preventively and carry out a coup d’état to avoid a Cuban-style tyranny or a civil war. This came after repeated institutional attempts to stop the regime entrenched in rebellion against the constitution, as well as the efforts of leftist extremists to stir up subversion within the armed forces.

The facts are clear: Chile has been a paradigm of democratic stability, development, and economic growth—virtues that are not the norm but the exception in the region. This did not happen by chance; it was the product of a series of profound reforms of a classical-liberal nature in the 1970s and 1980s.

After taking power in a dictatorial manner, the military junta was unable to get the economy back on track. It handed the baton to the so-called Chicago Boys—economists from the Pontifical Catholic University of Chile, trained at the University of Chicago—who played a key role in designing and implementing economic reforms.

By the end of the 1980s, the country was modernized. The transition to democracy was the next step toward enhancing the achievements made. In compliance with the constitutional mandate, in line with international pressures, Augusto Pinochet’s regime organized a plebiscite on its continuity. The “no” vote was won by a wide margin and general elections were called. Thus, Chile returned to democracy after 17 years of iron dictatorship, a unique milestone in history.

From the Top to the Precipice

Chile demonstrated to the world extraordinary political maturity by peacefully transitioning from a dictatorship to a democracy. Since then, it has enjoyed a thriving economy and democratic and institutional stability.

The Chilean economic miracle has allowed the country to make progress in all macroeconomic and welfare indicators from 1975 to the present day, being one of the fastest-growing economies in the world. It has quadrupled its per capita income and reduced poverty from more than 50 percent in the 1970s to less than 8 percent in the last decade; it has managed to rank 43rd in the Human Development Index, reduce inequality margins, and generate one of the highest rates of social mobility.

The data continues to be encouraging when compared to the starting point. However, since 2014, with the second presidency of socialist Michelle Bachelet, Chile has been going downhill: lower economic growth, higher unemployment, and stagnant wages. Chile has also become a less competitive destination for investment.

Economic deterioration and ideological tension worsened. In 2019, they reached their peak. Former President Sebastián Piñera, after decreeing an increase of four cents on the dollar to the subway fare, lit the fuse of social outburst. This is where the populist left began to fish in troubled waters. With violent demonstrations, activists demanded a new constitution and promoted Boric’s candidacy in alliance with the Communist Party.

For decades, the left had promoted the false narrative that characterized Chile as a hell of neoliberal inequality. Propagated in universities and the media, almost nobody stopped to question its veracity or contrast it with the facts. A large part of the political spectrum and the country’s elite joined this diatribe, including Piñera, either out of cowardice or conviction.

Having paved the way for a new constitution, placing Boric in the presidency was the logical way to build a new regime based on purported social justice and wealth redistribution. The Communist Party, which is part of the new president’s governing coalition, will see to that.

Everything indicates that the country will abandon the path that has allowed it to be the most prosperous country in South America. The path of its neighbors will bring disastrous consequences. Thomas Jefferson rightly said that the price of freedom is eternal vigilance. In Chile, vigilance no longer promotes freedom.