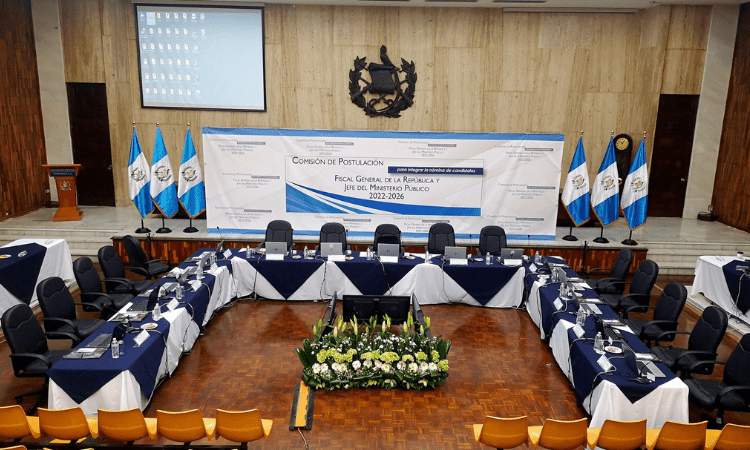 Marroquín wants the commissioners to reject any meddling from national and international entities. (@guatevisible)

Betty Marroquín, a self-described advocate for freedom and the rule of law, has launched a petition for a transparent process to appoint the new prosecutor general without external pressure. On March 5, 2022, Marroquín posted the initiative on the change.org website, where she wrote an open letter to the members of the Postulation Commission (PC).

The petition states that the six-person shortlist due on April 21 should consist of professionals without any political affiliation, local or foreign. She insists the PC select committed lawyers who defend the country, justice, and freedom.

Almost 300 people signed the petition the first day, but Marroquín expects to add more supporters. Due to the website’s algorithm, when the petition gains 500 signatures, it becomes a trend and reaches a broader online audience.

Dozens of people have left comments in support of Marroquín’s petition, which suggests they recognize the problem and oppose meddling from external groups. For example, Gloria González claims she signed the petition because she believes in the fight for justice, against corruption and impunity. Other people claim they want to defend the country’s sovereignty and reject any foreign pressure.

Marroquín appeals to the patriotism of the commissioners and their love for Guatemala. She claims, “Our future depends on your professionalism, ethics, and commitment to the country.”

Alluding to nonpartisan support, Marroquín notes the common denominators among the signers are: support for the rule of law, opposition to the threat of a takeover of Guatemala’s justice system, and the fight for liberty.

Civilians are not the only ones who acknowledge outsider influence. Liga Pro Patria, a local organization that defends the rule of law in Guatemala, has reported interference from the US Department of State (DOS) and the G13. The latter is an organization made up of the largest development-aid providers to the country. According to Liga Pro Patria, these institutions have interfered in the current prosecutor-general appointment process through sanctions and diplomatic intimidation.

On January 25, Hans Magnusson, the interim president of the G13, invited the commissioners to an online private meeting. The alleged purpose was to discuss matters regarding transparency and integrity in Guatemala.

The Foreign Affairs Ministry (MINEX) later released a letter rejecting any interference from other countries. MINEX claimed that the G13, through the Swedish ambassador, was offering unsolicited cooperation. Liga Pro Patria claims diplomatic meddling in local affairs violates international-law principles of noninterference and free determination of the peoples inside a defined territory, according to article 41 in the Vienna Convention on diplomatic relations.

The Swedish embassy then released a letter on social media claiming that it would improve its communication efforts to avoid misunderstandings that lead to controversy.