Open Letter to US Embassy, Guatemala
Skip to content 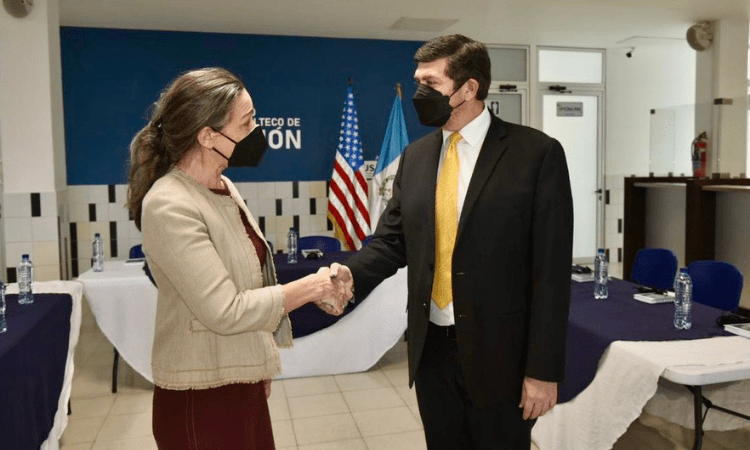 The ambassador blatantly violated Article 41 of the Vienna Convention on Diplomatic Relations. (@usembassyguate)

We the undersigned US citizens live or work in Guatemala. Ambassador William Popp’s March 9 appearance in support of Judge Erika Aifán at court in a criminal case against her is an insult to Guatemala and to us. The ambassador blatantly violated Article 41 of the Vienna Convention on Diplomatic Relations. Foreign missions are required to conduct all official business through the ministry of foreign affairs. The ambassador did not do this.

The ambassador should not appear in court at all. Several of us have been harmed by the Guatemalan justice system, and the embassy did nothing to help us. This includes time in preventive detention pursuant to illegal orders, in one case for four years.

Illegal embassy intervention on behalf of a judge with a public record of political rulings rubs salt into the wound for abused US citizens. Accused of various crimes, Aifán was cited by the Office for the Prevention of Torture for having tortured Russian refugee Igor Bitkov. Aifán has issued illegal rulings to protect former prosecutor Juan Francisco Sandoval from accusations that he usurped authority and acted illegally in the infamous Odebrecht case.

These are only two examples of Aifán’s criminality. There are many more. We reject the State Department contention that these actions are from corrupt people opposing an anti-corruption judge. Popp’s actions must be thoroughly investigated and explained.

The ambassador’s appearance in court with Aifán is part of an agenda against Guatemala’s sovereignty imposed for at least the last 12 years. The embassy has protected many criminal officials in Guatemala’s justice system. This agenda is the reason why the embassy was unwilling to help us—private individual US citizens—with the issues some of us raised with you regarding Guatemalan justice.

We condemn Popp’s interference in court on March 9. We urge the State Department to stop supporting criminal actors in Guatemala’s justice system.