Bitcoin Does Not Redeem Salvadoran Bonds
Skip to content 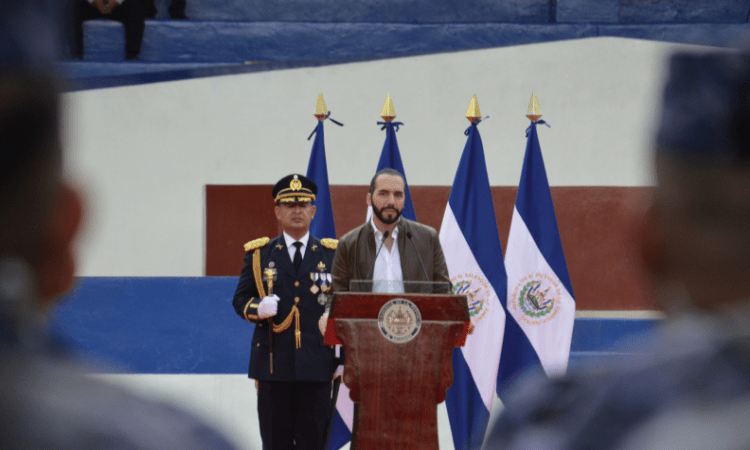 Using bitcoin to fund pie-in-the-sky central planning is an oxymoron that will not revive El Salvador. (Wikimedia)

President Nayib Bukele is eager to promote the Salvadoran economy with bitcoin, but he has forgotten that the driving idea behind peer-to-peer digital currencies is decentralization. Using bitcoin to fund pie-in-the-sky central planning is an oxymoron that will not revive El Salvador.

Even amid the Russia-Ukraine conflict that has dominated global media, Bukele has garnered headlines with his new proposal to launch a bitcoin bond on March 15–20, 2022. The 10-year bond issuance seeks to raise $1 billion with an annual 6.5 percent coupon, half of the yield offered on Salvadoran sovereign bonds denominated in US dollars. However, the final bitcoin-bond yield could be markedly higher, depending on bidding and its peculiar payout.

Adopting bitcoin as a second legal tender has not been enough to stave off El Salvador’s need for foreign debt. The fiscal shortfall remains, and El Salvador needs austerity. Borrowing more, be it via bitcoin or not, fails to address the problem.

Is the Bitcoin Bond Feasible?

The bitcoin bond has earned the “volcano bond” moniker because Bukele wants to use half of the funds to create a bitcoin city where geothermal energy can power bitcoin mining. For the Salvadoran president, this energy source could make cryptocurrency mining more sustainable.

The bitcoin city will be a special economic zone where the value-added tax (VAT) will be the only tax. Half of the VAT revenues will fund the city’s development, and the other half will go to bondholders.

The other $500 million raised will simply be held in bitcoin. Any derived capital gains five years later—in excess of 6.5 percent—will be split between the country and bondholders as a type of special dividend. The volcano bond will operate entirely in the crypto ecosystem.

The Canadian company Blockstream, a leading provider of blockchain-based financial infrastructure, has built the bond as a tokenized security for LaGeo, the Salvadoran state-owned company that will issue the bond. Further, Bitfinex, the most liquid cryptocurrency exchange, will enable the bond’s trade.

Bondholders can qualify for Salvadoran citizenship by holding $100,000 in volcano bonds for five years. One can buy bond units for as little as $100 and pay in dollars, tether, or bitcoin.

For Charles Morris, CIO at ByteTree Asset Management, bitcoin bonds are a risky bet. El Salvador is assuming the bitcoin price will rally to $1 million in the next five years. “That is dangerous because if the plan goes wrong, who will save the day?” Morris said to Coinbase.

According to Bukele, the bond idea came from the controversial financial commentator Max Keiser of the RT media channel. The purported goal is to liberate developing nations from dependency on dominant countries and institutions such as the International Monetary Fund.

Although Bukele does appear to be seeking independence from foreign agents, this new bitcoin city is just the tip of the iceberg of his grandiose spending plans.

The Salvadoran monetary policy impedes the government from printing money because the country’s currency is pegged to the US dollar. The government has just two ways to increase public funds: issuing debt or imposing higher taxes.

Neither option is desirable. The Salvadoran public debt accounts for 96 percent of the country’s GDP, and raising taxes during an economic downturn would undermine Bukele’s popularity.

Bukele found another way to increase public spending: crypto speculation. He has targeted crypto enthusiasts with the hope of increasing foreign direct investment without the need to reform legislation, ensure legal certainty, or grant tax perks to traditional investors.

Using bitcoin seems like a fresh and innovative idea at first glance, but this mechanism reduces transparency in public budget management. With the volcano bond, Bukele is taking money from the crypto community while issuing more debt to finance his whims.

When Bukele made bitcoin legal tender, he purchased the country’s first bitcoins at their price peak. Such funds remain in the red due to price volatility. The Salvadoran president openly used his cellphone to purchase them.

Needless to say, that implies abuse of power and opaqueness with use of public funds. When media outlets condemned that action, Bukele said he made the purchase through intermediaries. However, government officials claimed he used Chivo, the bitcoin wallet built by the Salvadoran government.

Contradictions from officials and security breaches of Chivo raise questions regarding why Bukele wants to adopt bitcoin and whether his team is qualified enough. The millions of dollars in costs of the bitcoin policies so far have not been revealed.

In December 2021, the Central American University (UCA) ran a poll of Salvadorans. It found that a lack of trust in bitcoin continues to be widespread. Of the respondents, 70 percent feared bitcoin’s price volatility and believed the policies would mostly benefit foreigners.

Adoption also remains low. Two senior executives of local banks revealed to UCA that debt payments made in bitcoin in 2021 did not account for 0.1 percent of the total, and the number of bitcoin transactions was insignificant.

The Salvadoran government expects to launch more bitcoin bonds in the future, so it is drafting 20 bills to provide the legal framework. The truth, however, is that Bukele is not doing anything new with the volcano bond.

He is issuing more public debt in the form of digital assets. Like any other government, he expects to trigger the economy with infrastructure investment to increase wealth, create jobs, and promote development.

Nor is it news that fueling the economy through the public sector offers temporary results. At best, these measures will fill Salvadorans’ pockets for a few years.

By proposing the creation of a bitcoin city and geothermal crypto mining, Bukele is introducing more central planning. Chivo’s technical shortcomings demonstrate that not even the government is qualified to embrace bitcoin. Yet it is imposing a whole new economic sector on citizens.

A similar policy to develop nanotechnology and other cutting-edge industries in Ecuador was a complete failure a decade ago. Billions of oil dollars from the Ecuadorian government were not enough to encourage the adoption of those top-down initiatives.

Bitcoin mining powered by geothermal energy will be a massive investment with an expiration date. Following ethereum’s lead, cryptocurrency projects will transition to other consensus mechanisms such as proof-of-stake, which uses wealth holdings instead of energy to verify transactions.

The problem with Bukele’s hipster venture is that he is conducting it against the will of Salvadorans. Not only have they shown little interest in adopting bitcoin, their pressing needs are security and fiscal prudence.