The Economist Stoops to Propaganda Mouthpiece
Skip to content 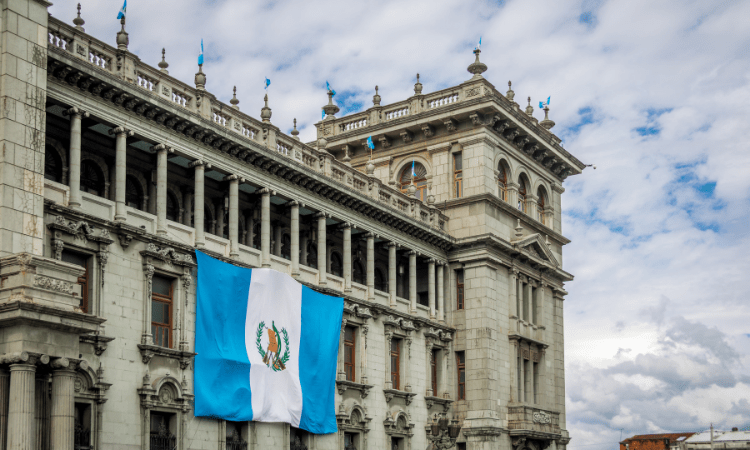 The Economist states that “politicians and criminals constantly seek ways to influence the courts.” (Canva)

The Economist has joined the ranks of mainstream media outlets content to dutifully parrot US government talking points. On April 2, it published an article “Central America’s legal systems are increasingly corrupt” that is long on narrative, short on facts.

The article begins by stating that 15 legal officials have been forced to flee in the past year. This is incorrect. They chose to flee, for fear of facing charges for prosecutorial or judicial misconduct.

Possible charges would stem from alleged shortcuts taken in their zeal to prosecute anti-corruption cases favored by the US State Department and its defunct UN instrument: the CICIG. This self-described anti-corruption commission left Guatemala when its term expired in 2019.

Echoing the US-aligned critics of the prosecution of these legal officials who left the country, the Economist does not address the merits of these potential cases.

The article begins by quoting a street vendor who sells legal texts on the street: “The law is a business … The laws I sell don’t apply; rather those with money get their way.” This is also true in the United States, which leads the highly politicized fight against corruption in Guatemala.

Guatemala is not the only country where the powerful and politically connected get special treatment. Just ask Kevin Clinesmith, the FBI lawyer who falsified evidence to renew a wiretap against one of Donald Trump’s campaign advisers. Clinesmith was spared jail time by a DC federal judge. Hillary Clinton is another case. She got off with nominal fines for violating federal election laws. Then we get to Hunter Biden, under criminal investigation by the Department of Justice which responds to his father. President Joe Biden refuses to appoint a special counsel, despite glaring conflicts of interest.

The Economist smears by association. It tries to put Guatemalan President Alejandro Giammattei in the same boat as the former president of Honduras, Juan Orlando Hernández, who is credibly accused of involvement in the drug trade. The allegations against Giammattei are for illicitly receiving campaign funds, something for which he would not be seriously charged in the United States, if he were a prominent Democrat.

The allegations are made by an anonymous witness who admits he has never met Giammattei. He claims to have overheard a phone conversation that shared how illicit funds were dropped off in a carpet on the street outside Giammattei´s home—in exchange for the rights to operate part of a Guatemalan port. This charge is as credible as Biden´s claim that he has never spoken to his son regarding the lucrative influence peddling he conducted while accompanying the Big Guy on Air Force 2 when he was the sitting vice-president.

The Economist states that “politicians and criminals constantly seek ways to influence the courts.” They are not the only ones. Foreign ambassadors have on various occasions made their presence prominently in Guatemalan judicial proceedings. These are clear attempts to signal to justice officials how they are expected to fulfill their functions. So much for the judicial “independence” ostensibly championed by the State Department, its local agents, and its media minions in Central America.

The Economist asserts that it “is highly unlikely that either Giammattei or Hernández will be charged in his home country,” as if it would be a simple matter of criminally charging a sitting or former head of state in the United States or the European Union.

The article goes on to lament that Giammattei’s predecessor, Jimmy Morales, got rid of the CICIG “which, for over a decade, had helped the attorney-general to investigate politicians and businessmen suspected of corruption.” Again, this is not true. The CICIG did not turn against businessmen suspected of corruption until 2015–2016 because that was not its mandate. When it did so, it had little regard for the due process of law. This is the problematic CICIG legacy.

As reported by (you guessed it) the Economist, CICIG prosecutorial abuses led it to be devastatingly criticized by none other than Bill Browder, recipient of the 2019 Lantos Human Rights Prize. Browder “is recognized as the driving force behind the global movement for Magnitsky Sanctions, the most consequential enforcement mechanism of the modern human-rights movement.” With human-rights champion Browder firmly opposed to the CICIG, maybe the United States would best find another model of justice to impose on other countries.

Instead of trials by the media and attempting to co-opt foreign judicial systems and remake them in its own flawed image, the US government should focus on the grave problems in its own justice system. US justice is fraught with problems involving, as Reuters reported in 2020, over 1,500 cases of judicial misconduct that involve little or no punishment. One can add to this the abject politicization of its key institutions under the Barack Obama and Biden administrations, as exemplified by incidents involving the IRS, the FBI, the CIA, and the State Department.

With scandal after scandal plaguing its once-revered institutions—and nobody buying the US government’s blatantly self-serving explanations—the United States would do well to reflect on its own democratic backsliding. It would go a long way to understanding why many foreign officials do not want US-style justice applied in their own countries. Media outlets like the Economist would also do well to reconsider the damage they do to their own credibility when they one-sidedly repeat government talking points.