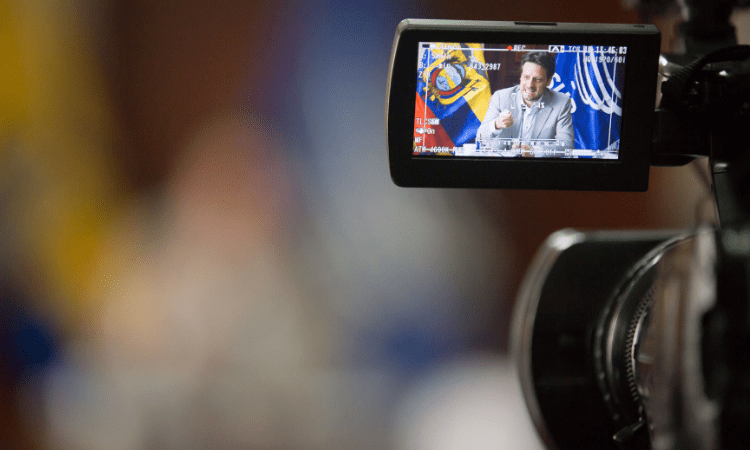 Blitzer further admits that Aifán was the preferred judge of the exiled prosecutors. (Flickr)

The New Yorker’s Jonathan Blitzer recently dropped the latest puff-piece on the judicial functionaries who have fled Guatemala’s legal jurisdiction, fearing prosecution. The article seeks to demonstrate how the rule of law and anti-corruption efforts in Guatemala are under attack.

Blitzer’s piece follows other similar articles that employ cherry-picking and fact-omissions to paint the Guatemalan ex-functionaries in the most favorable light possible.

However, Blitzer inadvertently gives the game away. As his article shows, what is really at stake in Guatemala is the US government’s attempt to instrumentalize a foreign country’s legal system to serve its own political purposes. In response to this state of affairs, Senators Mike Lee (R-UT) and Marco Rubio (R-FL) recently requested a full review of State Department actions regarding the upcoming selection of the prosecutor general in Guatemala.

The New Yorker piece covers the following people and organizations, many of whom have been credibly called into question for actions they took while in their official capacities:

Blitzer relates how Herrera was pressured to report any possible misdeeds committed by Sandoval and Aifán. He risked confronting charges himself if he failed to do so. Herrera is quoted:

“There wasn’t a night when I wouldn’t get a message from someone telling me that the next day the authorities would be coming after us [anti-corruption] prosecutors.… The whole thing had us in a kind of psychosis.”

Herrera feared his own government, Blitzer tells the reader. He leaves out the fact that during the heyday of the US-controlled CICIG and Special Prosecutor’s Office against Impunity (FECI) many other people also feared prosecution without due process. Blitzer fails to mention, for example, the grave abuses perpetrated against the Bitkov family. The severe injustice perpetrated against this family, which relocated to Guatemala fleeing Putin’s tyrannical oppression, eventually led to the questioning of CICIG and its ensuing expulsion from Guatemala in 2019.

Blitzer writes of “an elaborate campaign of pressure and intimidation” when referring to a series of actions legally taken against these operatives. These actions came either from competent authorities in their official functions (firings) or filings in courts of law by these same authorities or private citizens. As with the other puff pieces published on the Guatemalan “exiles,” Blitzer never addresses the merits of the accusations lodged against them.

Granted, each one of the “exiles” is innocent until proven guilty in a court of law, a benefit their media cheerleaders do not grant their political enemies.

Blitzer freely admits that the subjects of his article have fled fearing prosecution. This calls into question the habit of calling them exiles, rather than fugitives from justice. Though Blitzer affirms that they have been “forced” to flee, the so-called exiles could have faced any charges against them in courts of law, as they insisted when they held prosecutorial power. Thelma Aldana—the “boss” of them all, according to Blitzer—was wont to say when she was prosecutor general: “he who owes nothing, fears nothing.”

Giving the Game Away

Blitzer brazenly admits: “the fate of Guatemala’s justice system has long been tied to Washington.” He goes on to say: “the U.S. publicly supported the work of the CICIG, which lent the organization a certain amount of protection.” He then quotes an unnamed judge: “[CICIG] had the support and credibility of the international community. They couldn’t be investigated. They couldn’t be charged with crimes. And that gave them a crucial guarantee. They helped ensure the rule of law.”

This is the problem with activist journalism that relies on spoon-fed narratives. Under a functioning republican government, no official should have a blank slate to do what he wants. Much less should he be officially regarded as being literally above the law. When persons in power are immune from the consequences of their actions, the result is the exact opposite of the rule of law.

Remarkably, Blitzer further admits that Aifán was the preferred judge of the exiled prosecutors. A quote from Juan Francisco Sandoval: “As long as she was still there, we knew our cases were being taken care of.” Again, this is lawfare, not the rule of law.

The New Yorker article never addresses the fact the “exiles” have long been criticized for employing the very same practices they claim to fear will be used against them: denial of the presumption of innocence and general due process, leaking of information, and smears relying on unproven accusations.

The journalists publishing glowing articles on the Guatemalan “exiles” fleeing possible prosecution are fond of citing the firing of these prosecutors and the hiring of prosecutors more trusted by the administrations in power in Guatemala as somehow indicative of corruption. This media narrative on the “exiles” simply parrots the talking points promoted by the US State Department, which openly champions them.

This is highly ironic, to put it mildly. Apparently, only Presidents Joe Biden and Barack Obama get to have their wingman as a prosecutor general. Although both Biden and Obama cleaned house in their respective Justice Departments, any attempts by Guatemalan presidents (or by Donald Trump, for that matter) to do the same are considered democratic backsliding.

Unfortunately for the propagandists in the mainstream media, Guatemalans know the game. They are done playing.