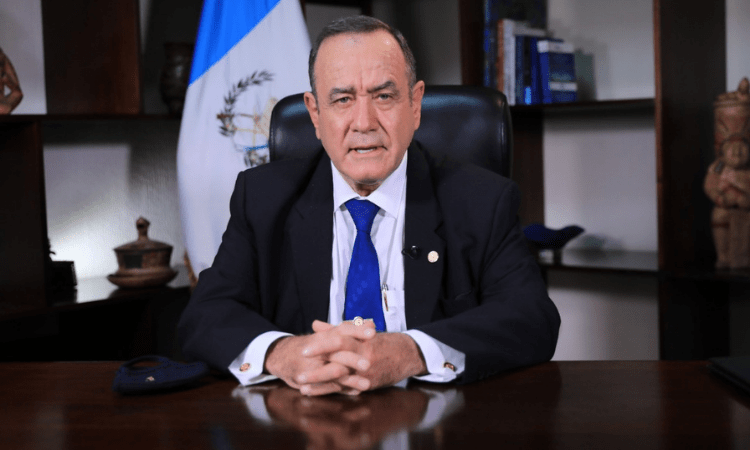 The State Department (DOS) has been illegally pressuring Guatemala not to reappoint Prosecutor General Consuelo Porras. Despite this, Porras is one of six finalists from which President Alejandro Giammattei must choose who will take office on May 15.

DOS has publicly and arbitrarily used US visa cancellation or denial as its weapon of intimidation since losing control of Guatemala’s justice system last year. DOS is surely trying this now with Giammattei.

In a House Foreign Affairs Committee hearing on April 28, Representative Mark Green (R-TN) asked Secretary of State Antony Blinken why the United States is bullying a foreign country to name the DOS choice for prosecutor general. The truth would reveal years of criminal DOS behavior.

DOS opposes Porras because she fired DOS agent Juan Francisco Sandoval, and her ministry is prosecuting corrupt prosecutors and judges DOS praises as corruption fighters. There is public evidence regarding their crimes.

DOS illegally took control of criminal prosecution in Guatemala in 2010 and added the court of last resort in 2016. The results offered a glimpse of socialist abyss, so Guatemala’s authorities resisted DOS intimidation in 2021. They appointed magistrates independent of DOS for 2021–2026.

Sandoval headed the anti-impunity agency in the Prosecutor General Office. He operated independently of his boss, Porras, hiding his activities from her. DOS openly supported Sandoval, giving him a newly created anti-corruption champion award last year.

However, the state attorney and a judge had filed charges against Sandoval for usurping authority and coercing false testimony from witnesses. Once Porras had the evidence and fired Sandoval, DOS lost control of Guatemala’s criminal justice system.

DOS responded by sanctioning Porras as corrupt under the United States-Northern Triangle Enhanced Engagement Law, known as the Engel List. The sanctions include US visa cancellation. The nonexistent DOS justification comes “from media and other sources.”

In the April 28 House hearing, Representative Chris Smith (R-NJ) told Blinken he and Representative Maria Elvira Salazar (R-FL) had sent Blinken a letter on April 18. The pair expressed their concerns regarding embassy interference in the prosecutor general selection process.

Smith had told Deputy Secretary of State Wendy Sherman in an April 6, 2022, hearing that Porras had been cooperative with and praised by US security agencies. He said DOS had ignored Porras’s two offers through official channels to explain why she fired Sandoval. Smith asked Sherman if DOS would accept the information and share it with Congress.

If DOS were to accept Porras’s information, it would be unable to deny Sandoval had committed crimes. Sandoval would likely turn on DOS if it cut him loose. DOS agents in the United States under government protection, and those still in Guatemala, would turn on each other and DOS to get deals for themselves. DOS officials’ crimes in imposing socialism on Guatemala would be exposed.

DOS must prevent Porras’s reappointment to avoid being exposed. To stop this disaster for them, DOS personnel will use any means and run any risk. If successful, DOS will have to co-opt whomever Giammattei appoints. This prosecutor general would have to suppress information about DOS agents’ crimes and persecute DOS political opponents regardless of law and evidence— as DOS did when it controlled Guatemala’s justice system.

DOS’s only remaining tool is the threat of Engel List sanctions against business leaders in retaliation for a Porras reappointment. The assumption is that business leaders can pressure the president away from Porras. US visas are indispensable for many businessmen, who often travel to nearby Florida.

The president and business leaders should realize that DOS has not carried out its often-rumored threats against businessmen. DOS knows these men would hire the best lawyers to bring suit in the United States. The sanctions would be a politically motivated response to Porras’s reappointment, and discovery would expose DOS criminality.

Open DOS intervention in the prosecutor general process has already drawn congressional attention. That will multiply if Giammattei reappoints Porras and DOS retaliates with sanctions.

Even Biden regime media partners have said Democrats will lose Congress in November to Republicans. There could be 40 or 50 new Republicans in Congress next year. They will aggressively push back against Democrat and deep-state abuses from the last four years.

If Giammattei calls DOS’s bluff and appoints the candidate with the nominating commission’s highest evaluation—Porras—he can count on congressional support.

Giammattei said last week in public, “We will not bow down to the interests of other countries … No ambassador no matter how powerful can interfere.” He can do a great service for his country and the United States by rejecting illegal DOS pressure.