Why Honduras Failed to Establish ZEDEs
Skip to content 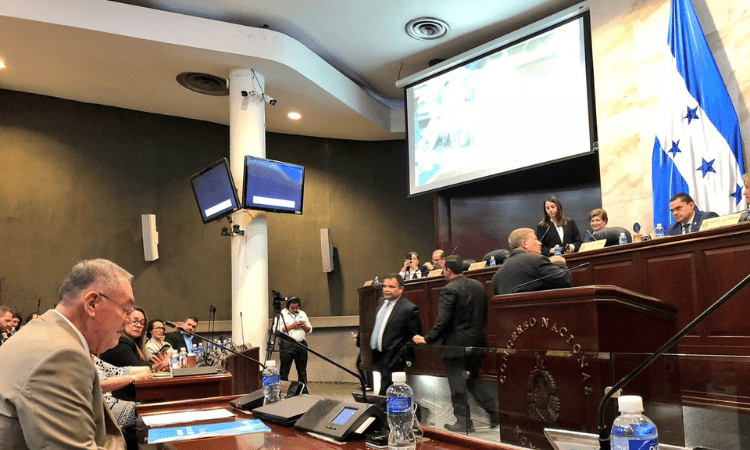 Honduran voters shifted to the left in 2021 and brought the inauguration of President Xiomara Castro on January 27, 2022. (Flickr)

In late April 2022, the Honduran Congress dismissed the law that created the Zones of Economic Development and Employment (ZEDEs). Under the argument of sovereignty infringement, legislators also removed the constitutional reform that enabled their existence.

Honduran voters shifted to the left in 2021 and brought the inauguration of President Xiomara Castro on January 27, 2022. Fulfilling one of her campaign pledges, she began her new role by repealing the ZEDEs Law.

Why Congress Dismissed the ZEDEs Law

ZEDEs are Honduran territories with semi-autonomous jurisdictions ruled by the Honduran Constitution and their charter. The charter provides governance rules, security and tax systems, investment perks, welfare programs, and other policies.

The ZEDEs’ purpose was to boost economic development with streamlined processes, investor-friendly regulations, and alternative decision-making models, including independent arbitration. However, allowing for a different set of rules raised concerns regarding Honduran sovereignty and human rights.

In 2021, the United Nations shared its stand on the topic in a statement. Under the headline “ZEDEs Could Pose Serious Risks to Human Rights Guarantees from the Honduran State,” the United Nations asked the government to review the law in terms of equal development and public consultation.

On April 19, 2022, Congressional President Luis Redondo submitted a motion to dismiss ZEDEs. To achieve passage, he needed the approval of at least 86 legislators out of 128. All congressmen favored it.

After the session, the legislators explained that ZEDEs “contravene the nation-state logic, the rule of law, justice, democracy, the government system, the territorial balance of power, and in general, Hondurans’ dignity and human rights.” Castro tweeted that the country had recovered its sovereignty.

The problem began when Romer, who was the leading initiative advisor, distanced himself from the project in 2014. He stated that the endeavor lacked transparency and a reliable pathway towards realization.

In 2017, the Honduran government strongly supported the development of a ZEDE in Amapala, a coastal region with beaches and islands on the Pacific coast. The idea was to build a mega-port in the area, which led to government eviction orders. Understandably, the community demonstrated strong opposition to the Amapala ZEDE.

Former President Juan Orlando Hernández was a firm ZEDEs supporter. For him, these special economic zones had the potential to attract foreign investment, create new jobs, and boost development.

However, Hernández became involved in corruption scandals. Arrested in Miami in November 2018, his brother Tony Hernández was found guilty of smuggling cocaine into the United States.

On April 21, 2022, former President Hernandez was extradited to the United States. US prosecutors allege he collaborated “with some of the world’s most prolific narcotics traffickers to build a corrupt and brutally violent empire based on the illegal trafficking of tons of cocaine.”

Guillermo Peña—technical secretary at the Orquídea ZEDE in southern Honduras—told Reason magazine that people associate ZEDEs with Hernández. According to Peña, no politician wants to waste his political capital by supporting an idea linked to Hernández.

How ZEDEs Became a Political Football

Former Presidents Porfirio Lobo and Hernández were the initial and steadfast advocates of the ZEDEs to attract foreign investment and catalyze accelerated economic development. While the law came into force during Lobo’s tenure, Hernández made ZEDEs a flagship project of his administration and legacy.

Both presidents were members of the National Party, the traditional conservative political movement in the country. Therefore, citizens perceived charter cities as a right-wing policy favoring the rich, even though ZEDEs could be tailored to serve different needs.

Using the same propaganda as other socialist parties in the region, they circulated the idea that the ZEDEs were an imposition. With a populist, class-division strategy to win the recent election, they argued foreigners and crony businessmen were benefiting from ZEDEs at the expense of citizens.

The Future of the Ongoing Projects

Three ZEDEs are already operating in Honduras: Próspera, Ciudad Morazán, and Orquídea. Próspera, located on Roatán Island, expects to become a financial center for the country by attracting foreign entrepreneurs and investors. Ciudad Morazán and Orquídea are developing manufacturing and agricultural areas, respectively.

Their future, however, is uncertain. Congress reversed the constitutional reform that allowed the existence of different jurisdictions in the country. Although the government signed private-public partnership contracts with ZEDE leaders, these contracts now appear to be unconstitutional.

One day after the law’s dismissal, the Próspera team released a statement ensuring its continuity. They explained that Próspera and Honduras signed a 50-year legal stability contract. Over 400 individuals and 80 firms that are engaging with Honduran ZEDEs signed these agreements too.

Since Próspera is a US company, it relies on the Central America Free Trade Agreement and the United States-Honduras Investment Bilateral Agreement. Since both treaties are binding, the country could face international litigation for terminating the contracts prematurely.

Orquídea, for its part, anticipated creating 2,700 jobs. For Peña, however, Orquídea is in a better situation, because it has not focused on developing an autonomous city. Still a zone with some fiscal concessions, Orquídea is a 1,000-hectare rural area dedicated to the agricultural production, processing, and sale of green peppers, tomatoes, and chili.

According to the Center for Strategic and International Studies (CSIS), legal provisions and international agreements impede Honduras from halting ZEDEs abruptly. The minimum time frame these projects should last, according to CSIS, is the 10 years guaranteed by law.

The Impact on Foreign Direct Investment (FDI) in Honduras

According to the Heritage Foundation’s 2022 Index of Economic Freedom, “decreases in property rights, judicial effectiveness, and government integrity” have discouraged FDI in Honduras. In addition to the impact of COVID-19 lockdowns and consequent economic downturn, the country has struggled with rising crime, drug trafficking, and corruption.

CSIS says the dismissal of the ZEDEs Law and constitutional reform will deter future investment in Honduras, either in or outside the ZEDE regime. The Castro administration’s stance toward foreign investment appears to have weakened the rule of law and investment security.

“This comes at a time when foreign investment will be critical to Honduras’s ability to rebuild and return to economic growth after the pandemic,” the CSIS report says. Reduced investment inflows, moreover, suggest fewer job opportunities and larger migrant flows to the north.