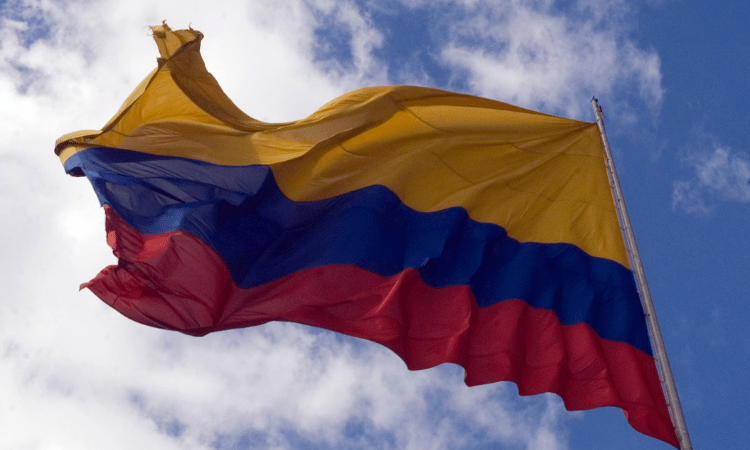 Colombians will elect a new president on June 19, 2022. Gustavo Petro from the Historical Pact and Rodolfo Hernández from the Anti-Corruption Rulers League won the first round, held on May 29.

Both candidates embody anti-establishment alternatives. This is the first time in 20 years that a candidate unrelated to former President Álvaro Uribe (2002–2010) will take office.

On June 5, market research firm Yanhaas revealed that 89 percent of citizens dislike President Iván Duque’s performance, and only 8 percent endorse it. These numbers show that voters seek a political pivot.

Mauricio Jaramillo-Jassir—a political science professor at Rosario University in Bogotá—wrote for the local media outlet Public Reason: “Colombia will have to choose between populism and demagoguery.” For him, Hernández represents populism and Petro the latter.

What Is the Electoral Landscape

Federico Gutiérrez, who was one of the favorite candidates according to polls, did not make it to the runoff. Gutiérrez, the former Medellín mayor, got 23.91 percent—5 million votes. During the campaign, Colombians associated Gutiérrez with current president Iván Duque and Uribismo.

The Political Sentiment among Colombians

Colombians have publicly shown political discontent over the last three years. In 2019 and 2020, Duque faced some of his stiffest challenges during his tenure. The country was home to massive protests, particularly in the largest cities—such as Bogotá, Medellín, and Cali.

In light of potential economic reforms, rioters went to the streets to destabilize the government and push for a range of leftist policies. Others joined them to complain about the privatization of state-run companies such as Ecopetrol and to oppose Duque’s leadership. The violence caused 20 deaths and injured 500 people.

In 2021, Colombia’s main cities witnessed strikes again. However, the epicenter was Cali, where protesters blocked roads and robbed stores. Both constitute a crime according to the country’s penal code.

With over 3,200 roads blocked, the protests meant economic losses of around $3.5 billion. According to the National Industry Association (ANDI), protests caused a worse economic impact than the COVID-19 pandemic.

In Valle del Cauca—the province where Cali is located—road blockades hindered at least 84 percent of companies. Rather than reaching consent, the social turmoil worsened the socioeconomic conditions by raising unemployment and disrupting supply chains.

Duque blamed Petro and his followers for the protests by arguing they were destabilization attempts against his administration. Former Finance Minister Mauricio Cárdenas believes the protests helped Petro gain political capital for the presidential election.

According to polling firm Invamer, 70 percent of the people aged between 18 and 25 approved of the 2021 protests. The supporters perceived the protests, despite the violence, as depicting hope, change, and justice. Colombians’ main concerns are insecurity, corruption, and lack of economic opportunity.

Colombians perceive rising insecurity nationwide. In April 2022, the National Statistics Department (DANE) revealed that Colombians feel more unsafe in their neighborhoods than in 2021. The rate of people who felt safe went down from 25.3 to 22.7 percent. The DANE survey also shows that 22.9 percent of residents in Bogotá never leave their homes at night because of insecurity.

Petro has focused on the flaws of the centrist and right-wing leaders of the past two decades. Petro has said, at times, that the Colombian political system is not a democracy. Meanwhile, Freedom House considers Colombia one of the few long-standing democracies in Latin America and the Caribbean.

In addition to opposing Uribismo, Hernández has devoted himself to criticizing corruption among the political elite. He claims he has the recipe to avoid impunity, which he applied when he was mayor of the northern Colombian city of Bucaramanga.

Nevertheless, Colombia’s score on the Transparency International corruption perceptions index is its highest (best) since 2012—with 39 out of 100 points in 2021. In 2012, its score was 36.

In Bogotá, Petro delegated trash collection to the city’s sewage company without conducting a proper analysis. As a result, trash flooded the streets of Bogotá, and city officials increased the budget allocated for trash collection.

Moreover, Petro has bragged about being a member of the M-19 guerrillas. The M-19 has been inactive since it signed the 1990 Peace Agreement with the Colombian government.

Nevertheless, the urban guerrillas perpetrated numerous crimes, such as kidnapping politicians and businessmen and assaulting police and diplomatic units. The M-19 also took over the Justice Palace in 1985, which houses the nation’s highest court, leaving a toll of nearly 100 deaths.

Petro carried plenty of guns when he was an M-19 member, but he claims he “never fired one.” He also said his job in the M-19 was to organize people in neighborhoods for protests.

In 2018, Senator Paloma Valencia, during a debate in the Senate, showed a video of Petro receiving bundles of money and putting it away in a bag. Valencia said the video was related to Odebrecht and its corruption cases in Colombia, but Petro and his lawyer denied this.

They claimed this happened 14 years before Valencia leaked the video. According to them, it allegedly showed Petro carrying money for Petro’s political party—Human Colombia, which is now a member of his coalition party. Petro gave no further explanation regarding the video.

Regarding Hernández, the Prosecutor General’s Office sanctioned him multiple times when he was the mayor of Bucaramanga. By the end of 2019, Hernández was subject to 34 opened investigation cases due to improper political participation and misconduct. After a sanction for improper political participation while supporting mayoral candidate Juan Cárdenas in a video, Hernández resigned from his post three months before ending his term.

Among those cases, the Prosecutor General’s Office accused Hernández of “improper interest” in the procurement with the company Vitalogic. Although not convicted of any crime yet, Hernández faces fines regarding his behavior while in political positions. The latest one is a fine of around $2,500 due to insults against the former mayor of Floridablanca, Héctor Mantilla.

What Are the Main Candidates’ Proposals

Petro proposes to transition from an extractive to a “productive economy.” His government plan reads: “The new policies will be formulated in pacts between private companies, civil society, and the state.” Petro also proposes to redistribute unproductive lands belonging to big landowners and renegotiate Colombia’s trade agreements.

Hernández aims to encourage Colombia’s agricultural industry too. However, he plans to outline a strategy “to become a cannabis production powerhouse.” Hernández considers extractivism in Colombia as an asset to boost economic development. His plan is “to reduce the obstacles against the extractivist industry.”

Petro has focused on economic development by fighting gender and social inequalities. In the first section, the plan digs into measures for women’s inclusion in politics, society, and the labor market. In addition, the plan advocates for abortion decriminalization, LGBT rights, and the inclusion of historically marginalized population groups in Colombia.

In contrast, Hernández has focused on the fight against corruption and impunity. For this purpose, he proposes to improve the government’s digital platforms and implement an open-government system to encourage citizen participation. The plan’s goal is to reach a “zero-impunity” status.

Both candidates have proposed more decentralized decision-making in the economy, especially towards marginalized regions in the Amazon and the Pacific coast. They also want to make Colombia a climate-change role model in Latin America by promoting clean energy.