The Battle Lines for the Brazilian Presidency
Skip to content 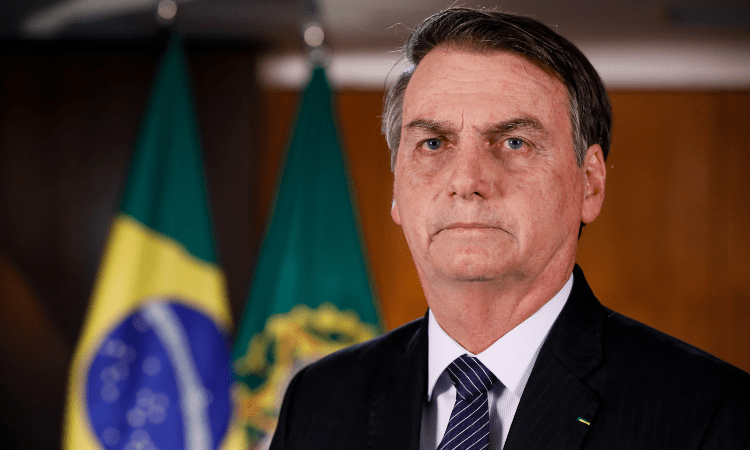 Brazil’s presidential election will take place on October 2, 2022. Although 12 candidates from the whole political spectrum are participating, the election is highly polarized between two major candidates. Brazilians will also elect governors, representatives, and senators.

Socialist leader and former President Luiz Inácio Lula da Silva leads in polls with around 44 percent of the votes. President Jair Bolsonaro, who is running for reelection, could get 32 percent. If no one surpasses 50 percent of the votes, they will confront each other in the runoff on October 30.

Brazil’s future rests on a populist, hostile presidential race. Virulent rhetoric and vote buying have prevailed in the electoral campaign, which officially started on August 16.

Who Are the Presidential Candidates?

The Largest Electoral Budget in History

In December 2021, Congress approved the largest electoral fund since its establishment. In this election, the electoral authority will distribute around $1 billion (R$4.9 billion), compared to $156 million in 2014. Political parties and candidates can also receive private funding for their campaigns.

The electoral fund goes proportionally to the political parties according to their presence in the House and Senate. With 15.77 percent of the fund, Union Brazil will receive the most. That is despite having a candidate running with not even 1 percent support.

Lula’s Workers Party will receive the second largest sum of money—accounting for 10.15 percent—and Bolsonaro’s party will receive 5.82 percent. The five largest parties have around 47 percent of the electoral budget.

The Game Plan: Win at All Costs

On July 31, the Workers Party made Lula’s candidacy public in a crowded event held in Fortaleza. During his speech, Lula stated: “This election is not a man versus a man or a party versus a party; but this is democracy versus fascism, democracy versus authoritarianism.”

Lula started his electoral campaign criticizing Bolsonaro. Calling him “a science and medicine denier … someone who only spreads hate,” Lula openly said the devil had possessed Bolsonaro. He also claimed that Bolsonaro “should not be afraid of him, but of the people, as they will dethrone him.” Lula expressed sadness regarding 680,000 alleged COVID-19 deaths due to medical-care shortcomings from the Bolsonaro administration.

Lula’s strategy to defeat Bolsonaro includes recalling the “good old days” when he was the Brazilian president. For instance, he boasts how he “lifted 32 million citizens out of poverty.” In addition, Lula has pledged to create a ministry for native communities and impose gender and indigenous quotas on employment.

On July 25, Bolsonaro announced his reelection in front of thousands of people in Rio de Janeiro. He said: “We are the majority, we are the good ones… We are the ones fighting for our freedom and our homeland.” Bolsonaro highlighted Lula’s support for 21st-century socialism across the region and warned that it only brings poverty and repression.

Bolsonaro’s strategy focuses on the consequences of a return of socialism. Bolsonaro often brings up Venezuela and Argentina as examples, as well as Lula’s corruption cases—which landed him in jail for almost two years.

The Bolsonaro administration raised public spending three months before the election, taking advantage of a recent constitutional reform passed by Congress. New social expenditure includes gas and oil subsidies and direct transfers of around $109 to the poorest population. However, this decision has yet to garner votes, according to polls.

Lula has been subject to two criminal convictions as part of corruption cases Guarujá Triplex and Atibaia House. The latter involves Odebrecht, the giant construction firm that ran a regional bribe network for three decades.

In July 2017, then Judge Sergio Moro sent Lula to jail for nine and a half years for accepting bribes and laundering money. The Regional Federal Court increased the penalty to 12 years in January 2018. However, in April 2019—after 580 days in prison—the Superior Court of Justice reduced Lula’s sentence to eight years and 10 months.

His second conviction accused him of allegedly accepting bribes from Odebrecht and construction company OAS in 2010. The bribery consisted of renovating Lula’s residence in Sao Paulo. The court sentenced him to two years and 11 months in prison, and then a higher court increased the penalty to 17 years. Marcelo Odebrecht, also convicted in this case, admitted the crimes; Lula denied them.

The Supreme Court, when it finally got to the case, absolved Lula on a technicality from both sentences in 2019 and released him from prison. He remains under investigation for many other corruption charges.

In October 2021, the Brazilian Senate accused President Bolsonaro of crimes against humanity for his approach to addressing the spread of COVID-19. The Senate reported that the Bolsonaro administration did not take actions to stop the coronavirus spread and instead sought to achieve herd immunity. This allegedly led to a higher mortality rate.

Regarding corruption, Bolsonaro’s sons Flavio and Carlos are under investigation. Flavio has allegedly laundered money in a $1 million house purchase in Brasilia. In addition, he purportedly charged fees for his employees’ salaries when he was a House representative between 2007 and 2018.

Carlos, a councilor in Rio de Janeiro, is accused of allegedly diverting public resources and hiring people for ghost jobs. Carlos hired seven relatives of his former stepmother Ana Valle, and two of them confessed they never went to work. Carlos and Flavio attribute these investigations to political persecution against them and President Bolsonaro.