Why Democrats Fear DeSantis More than Trump
Skip to content 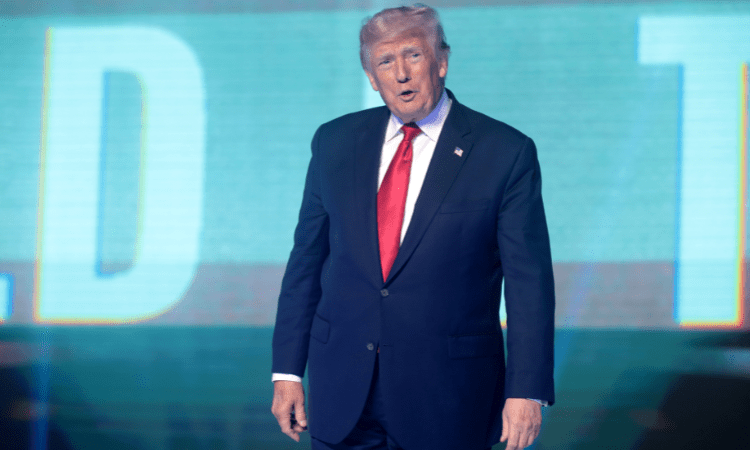 If Trump does not run, Florida Governor Ron DeSantis will be our next president. (Wikimedia)

The Mar-a-Lago raid and hiring of 87,000 new IRS agents created by the Orwellian-named Inflation Reduction Act are part of the same agenda. Democrats, having failed to attain their short-term goals, are arranging to keep their totalitarian agenda alive through Republican congresses and possibly a presidential administration.

The widespread belief that the Biden regime wants to prevent Donald Trump from running for president in 2024 is mistaken. If Trump does not run, Florida Governor Ron DeSantis will be our next president. Many people would vote for DeSantis who would not vote for Trump because of Democrats’ and their partners’ seven years of demonizing him. On the other hand, all Trump voters would also vote for DeSantis because he has proved himself in Florida, and their policies are essentially the same.

The goal of the new agents is to harass and intimidate Democrats’ political opponents of all income levels. This favors polarization, which a Trump candidacy would heighten even further. It is the chief strategy for achieving the Democrat agenda, and they expect it to suppress their opposition. Their hope is that their media partners will deceive enough voters to believe them instead of their lying eyes.

A large sector of the electorate believed Joe Biden, managed by Obama, would bring calm in 2020. They failed to realize that Democrats were responsible for the chaos and violence that year. In these pages on July 6, 2020, I wrote, “A Biden victory in November would lead to more violence on our streets and more illegal drugs and migrants flowing across our southern border.” I knew this from having seen Biden implement a Marxist assault on Guatemala.

We should not underestimate those who put a cognitively challenged mediocre, corrupt, career politician with no outstanding features in the White House. This feat is even more impressive considering the opponent was a sitting president with an excellent record, notwithstanding COVID-19 challenges.

The Biden managers and their oligarch and bureaucrat partners do not hate Trump. Rather, they hate his policies that conflict with their interests. We are in a struggle between elitist, globalist, centralized, arbitrary rule and the rule by the people envisioned by our founders.

Elitist rule has no principles and applies arbitrary justice, of which Democrats have given us many examples. These include the raid on Trump’s residence and past unpunished abuse by Obama’s Internal Revenue Service and the Russia-collusion scam.

The American concept of government stems from Creator-granted individual rights. These precede government and cannot be abridged except through due process of law.

Knowing they have a better chance of defeating Trump than DeSantis, the Biden managers want to goad Trump into running. They know the raid or any indictment will not legally prevent Trump from being a candidate, but they believe they can sway more votes away from him than toward him.

The Biden team believes Trump would be unable to overcome the weak international hand and the domestic devastation they would bequeath to him. Further, the Biden team believes Trump would be impotent to prosecute his predecessors. Even if Trump were to somehow get control of the Justice Department, including the FBI, and apply the law, Democrats and partners would accuse him of doing what they are now doing: agenda-driven, partisan lawfare.

The challenge to the new administration and Congress would be daunting. If the public views the executive and legislative branches in traditional political terms—without recognizing the mess handed over—Democrats and their partners will be able to return to office and continue their totalitarian assault.

To preserve our liberty, the public must be aware of how manipulated, politicized justice is undermining the republic at its foundations. The potential candidacies of Trump and DeSantis, although they merit support, are not the key to defending America. It is the policies they stand for, which put constituents ahead of the globalist leviathan that occupies Washington, DC.