The American Eagle and Guatemalan Jaguar: A Partnership Long Overdue
Skip to content 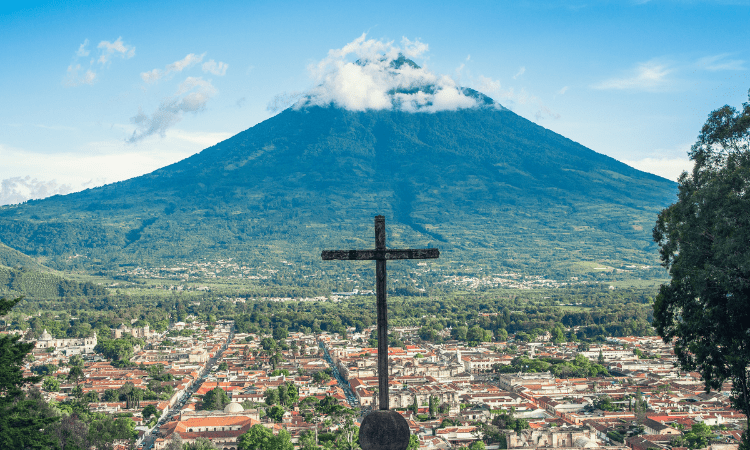 Guatemala just proved once again her value as a US ally and investment partner in Central America. (Canva)

Guatemala just proved once again her value as a US ally and investment partner in Central America. Forbes en Español held an important investment forum there, October 18–19, to highlight the country’s foreign investment potential.

In light of the nearshoring and friendshoring strategies that the United States is rightly discussing to counter its unholy supply chain dependence on communist China, the timing of the Forbes event could not have been more opportune.

Investment promotion in Central America could counter China’s penetration into Latin America. The US government has at last recognized that this is a real threat to US national security.

Greater foreign investment in Central America would help to create lasting prosperity and stem somewhat the avalanche of illegal immigration that is wreaking havoc on US society. That is US policy, at least officially.

To paraphrase President Joe Biden, it is a big deal that Forbes decided to hold this event in Guatemala. In recognition of the importance of the event, the Spanish-language version of Forbes magazine featured leading Guatemalan businessmen on the cover of its October-November edition.

It is a great credit to the government of Guatemala, working in conjunction with big businesses in the country, that Guatemala was selected as an investment destination point by high level economic and business players from around the world.

President Alejandro Giammattei declared his government’s intent to convert Guatemala into the jaguar of the Latin American economy. This is a clear reference to the successful model of the Asian Tigers.

All signs indicate that local political and business leaders are ready, willing, and able to put into place a friendshoring strategy that will respond to the economic and political interests of America, writ large.

Favored activists and commentators in Guatemala have universally lambasted the event. To be more succinct, erstwhile fans of US government actions to supposedly counter corruption in Guatemala have been wholly negative about the event. Judging from the vitriolic tone of their own publicly available commentaries, it is hard to conclude that they share the goal of attracting greater foreign investment to Guatemala.

On this point, the US State Department has an apparent problem that must be dealt with head on.

A coherent US foreign policy in the region would cease disbursing USAID funds to civil society groups that do not align with fundamental US goals in the region.

The State Department needs to embrace the private sector in the Northern Triangle, rather than anti-US activist groups that are often kept alive through foreign funding.

Guatemala is the best place to start.

Only by working in partnership with the local government to spur the growth of both SMEs and big business will US policy in the region bear concrete results in terms of job creation, prosperity, and hope. One needs no expensive studies funded by USAID, which produce no lasting jobs, to arrive at the commonsense conclusion that one must work with business to promote business.

This stance should not be in the least bit controversial. The whole narrative behind Vice President Kamala Harris’s Call to Action plan (C2A) is that illegal immigration flows will be eventually curtailed by creating more economic opportunities in the region.

Complementing local domestic investment with foreign investment to fuel economic growth in the region would serve this policy well. Targeting US taxpayer funds for this limited purpose, while denying them to those who would thwart this purpose, is sound policy.

The eagle and the jaguar would make a formidable alliance in the region—one that the United States needs now, more than ever.