With Brazil Lost, Now Is Guatemala’s Time to Lead
Skip to content 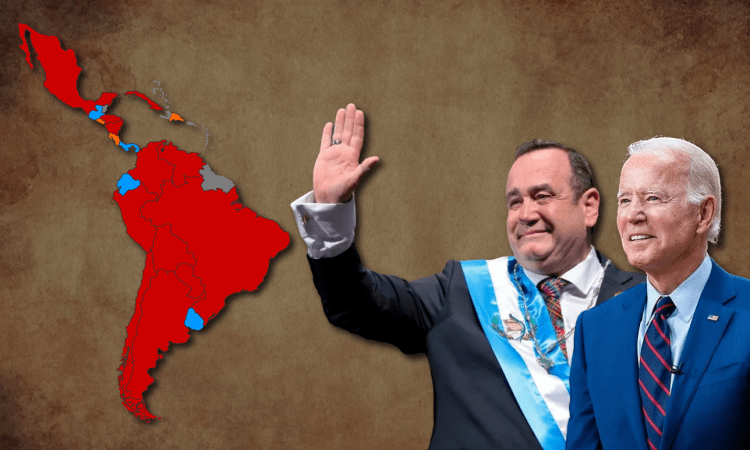 After leftist Luiz Inácio “Lula” da Silva’s victory in Brazil, Guatemala takes on the mantle of leadership as the foremost pro-US country in Latin America.

Once Lula assumes power, the last countries aligned with the United States in South America will be Ecuador, Paraguay, Suriname, and Uruguay.

One has to take a broader look at the region of Latin America and the Caribbean (LAC) as a whole, not just South America as a subset, to see avenues of hope for any semblance of US influence in the region.

History repeats itself. This also happened during the Cold War.

Guatemala played the role of the last line of defense against Soviet-backed communist encroachment in Central America—all while being lambasted by Democrats during and, especially, after its war against Marxist guerrillas.

Guatemala’s reward was US betrayal.

The US government has supported the war-crimes show trials against Guatemalan military leaders, precisely the men who fought for the stated US interests of the time. To add insult to injury, the US has attacked Guatemala’s distinctly pro-US private sector as supposedly predatory elites whose influence must be abolished.

With friends like the United States, who needs enemies?

Notwithstanding its ignominious betrayal by the United States, Guatemala is making common cause with the most important issues of current US foreign policy. Guatemala’s unwavering support for Israel, Taiwan, and Ukraine are cases in point.

After losing an ally in Brazil, the game has changed for the United States. The United States has no rational choice but to reset its relations with Guatemala. There also needs to be recognition of Guatemala’s importance to US foreign-policy interests, in what little area south of the border where the United States still retains some degree of influence.

In other words, the countries of LAC not aligned with the United States represent about 90 percent of the economic power of LAC. That stands once the smaller nonaligned countries of Central America and the Caribbean are taken into account.

China has displaced the United States as the main trading partner of South America and is making a run after Central America. Meanwhile, the United States is asleep at the wheel: funding drag-queen shows in Ecuador, instead of focusing like a laser on supporting private initiatives and economic development. From a strategic standpoint, this is both juvenile and ignorant.

This radical progressivism has already driven millions of Hispanic Americans away from the Democratic party in 2022. The same will happen in Latin America too, where the populace generally finds these types of values and activities to be shockingly degenerate and frankly abhorrent.

Once Republicans take the House in November, they should exercise their political power with USAID. Congressmen must pressure USAID to eliminate all disbursements in Guatemala destined for political activism on issues that do not accord with the values of the majority of Guatemalans—or of Americans for that matter.

All such monies should be directed towards economic development, working with the private sector, and not NGOs or astroturf “business groups” that produce no substantial employment and will not move the needle on illegal immigration.