What AMLO’s Electoral Reform Spells for Democracy
Skip to content 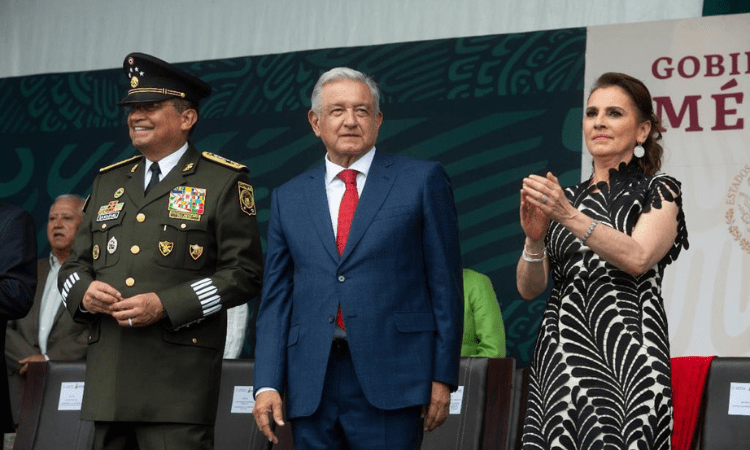 Mexican President Andrés Manuel López Obrador (AMLO) has proposed a constitutional amendment to reform the country’s electoral system. Despite debate since late October, members of the bicameral national Congress of the Union have not yet reached an agreement about the proposal.

Those opposed to AMLO and his ruling Morena party contend that the reform would jeopardize Mexico’s democracy.

In addition to changing its name, the central government would have more direct influence over the new entity.

The constitutional amendment will pass if a minimum of two-thirds of both chambers of the congress vote in favor. The reforms could affect the 2024 Mexican presidential election. If rejected, the incumbent government could present an amended reform, but how this might proceed remains opaque.

What Are the Proposed Reforms?

According to the AMLO administration, the reform seeks “to provide the country with a safe, honorable, and legal electoral system that respects people’s votes.”

The 10 main changes are:

What Are the Reform’s Implications?

In contrast to the AMLO administration’s claim that the reform would ensure an independent electoral system, it would further empower the central government. The executive, legislative, and judiciary would each nominate 20 candidates to serve as INEC’s advisers. The reform does not specify requirements for the candidates.

Since the amendment would eliminate OPLs, INEC and its seven advisers would thereby coordinate every election in Mexico. INEC would also have the last word on elections’ validity.

Currently, INE appoints OPL advisers based on their skills and their results from two exams on the electoral and judicial systems. While government officials are forbidden now to speak publicly about politics during electoral campaigns, the reform would allow them to do so.

With the proposed electoral budget cuts, the AMLO administration estimates the electoral reform would annually save around $1.2 billion of taxpayer money.

No Shortage of Authoritative Critics

Members of Congress from the various political parties, as well as civil-society leaders, have engaged in a heated debate about electoral reform.

In late October, a group of Mexican professors sent a letter to the Chamber of Deputies rejecting the reform. Signatories included political scientist Denise Dresser of the Autonomous Technological Institute of Mexico (ITAM), as well as professors from other well-known universities, such as the National Autonomous University of Mexico (UNAM), Center for Research and Teaching of Economics (CIDE), Metropolitan Autonomous University (UAM), and Ibero American University.

For them, the amendment “is a threat to free and fair elections.” Moreover, they claim it will “weaken the electoral institution to a point in which the elections’ autonomy and credibility will be questioned.”

In a similar vein, Marko Cortés, president of the National Action Party (PAN)—Mexico’s main opposition party—argued “the reform seeks to weaken the state’s checks and balances and remove the impartial electoral judge.” On behalf of PAN, Cortés has claimed the reform would dismantle the electoral system to provide full control to the executive.

INE adviser Lorenzo Córdova warned the reform could be a setback for Mexico’s electoral system. Further, he explained that, in contrast to the ruling party’s arguments, changing duties for electoral authorities was not substantive towards promoting democracy.

Likewise, representatives of the Catholic Church released a statement arguing the reform would mean a setback for democracy. AMLO responded that while he respects the church’s opinion, he disagrees.

On the contrary, Mario Delgado, leader of Morena—AMLO’s party—contends that the INE has itself diminished the “legitimacy” of the electoral process. He also claims the opposition “is defending its networks with the electoral elite and is not acting in favor of democracy nor in favor of Mexicans.”

The reform, Delgado says, would eliminate the “privileges inherited from the corrupt neoliberal system.”

For AMLO, the reform will help avoid “electoral fraud” in future elections. He said, “We want to have an authentic, true democracy in the country.”

In recent statements, the president has attacked Córdova and PAN instead of arguing in favor of the reform. He claims PAN opposes reform because its members “want to continue ruling Mexico.”

The Institutional Revolution Party (PRI) dominated Mexico’s politics for 70 years. Known as the “perfect dictatorship,” PRI was in power from 1929 until 2000. PRI centralized policy making and institutions, while making corruption, fraud, and authoritarianism part of the system.

In 1990, the Federal Electoral Institute (IFE) emerged to guarantee transparent, legitimate elections. Six years later, the constitution was modified to grant IFE autonomy. In 2014, it changed its name to INE.

Since its creation, INE has guaranteed ideological and party competition. Joy Langston, a political-science professor at CIDE, explained that INE has contributed to the creation of clear rules for political actors.

The current INE appointment system guarantees competition between members of the electoral organism. As suggested by high approval ratings, the INE has garnered relative trust between electoral institutions and Mexicans.

However, in a public opinion survey released by INE on November 3, 51 percent agreed with the proposed electoral reform. In particular, participants supported budget reductions for political parties and fewer deputies and senators.

AMLO was critical of INE even before taking office. In 2006, when he lost the presidential election against PAN’s Felipe Calderón, he claimed the election was rigged. AMLO continues to allege he lost because of electoral fraud.

In a similar vein, AMLO and other Morena members—including party leader Delgado and Michoacán Governor Alfredo Bedolla—have accused INE of economic malfeasance. By claiming some assistants to the advisers are earning almost as much as AMLO himself, they have advocated for reducing INE’s budget.

The Chamber of Deputies approved a budget cut for INE of around $230 million on October 29. However, the Supreme Court said Congress must provide a sound justification. The deputies defied that ruling and, since they have exclusive budgetary authority, reduced the budget anyway.