How Cryptocurrency Will Operate in Brazil
Skip to content 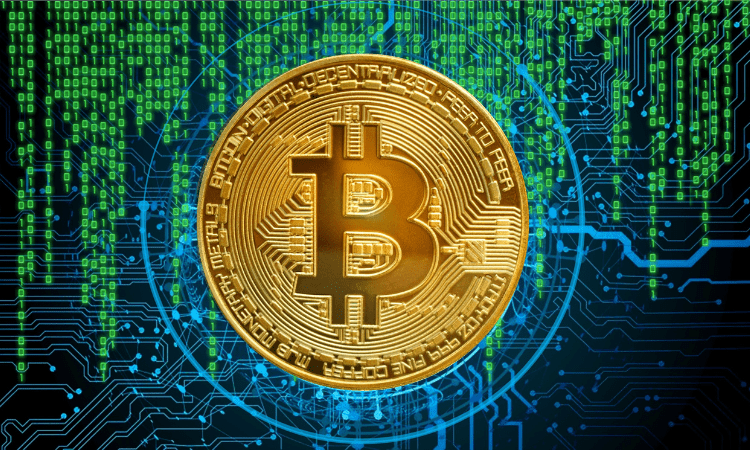 Financial authorities will consider bitcoin and other virtual assets as digital representations of value. (Canva)

Brazil’s Chamber of Deputies passed, on November 29, PL440/2021—a bill to regulate cryptocurrency payments and investments. It now awaits a presidential signature, but President Jair Bolsonaro has not made a statement on the matter.

The reform legislation will come into force after seven years of legislative debate, which began in 2015. By issuing a regulatory framework for digital assets, Brazil will open the door to further innovation and digitization in the financial sector.

How Will the New Law Regulate Cryptocurrency?

Financial authorities will consider bitcoin and other virtual assets, such as air mileage programs, as digital representations of value. The authority regulating the use of cryptocurrency for payments will be the Central Bank of Brazil (BCB), while Brazil’s Securities and Exchange Commission (CVM) will regulate investments.

Cryptocurrency service providers such as exchanges will have to be registered in Brazil at the federal government level. The stated goal is to avoid negligence or scams that could result in economic losses for cryptocurrency holders and investors.

According to the Federal Revenue Office (RFB), crypto exchanges are “legal entities, either engaged in financial activities or not, offering services with respect to crypto asset transactions, including brokerage, negotiation, or custody, and that may accept any means of payment, including other crypto assets.”

These firms will have to present to governmental agencies more information than other businesses do with regard to their financials and operations. The BCB and the CVM will provide further guidelines and establish what institutional information will be required.

To reduce the risk of economic losses, cryptocurrency service providers will have to segregate company assets from those belonging to clients. In addition, the bill will reform the criminal code and provide for a two-to-six-year prison sentence for financial crimes perpetrated with digital assets.

What Is the State of Cryptocurrency Adoption in Brazil?

The country’s tax authority reported the number of companies holding crypto assets reached an all-time high of 12,053 in August. Around 16 million people—7.8 percent of the population—own cryptocurrencies as of October.

Moreover, the 2022 Crypto Adoption Index, released by data-intelligence firm Chainalysis, ranked Brazil as the seventh country—out of 154—with the highest transaction volume in decentralized finance. The latter includes cryptocurrency and blockchain-based financial services.

The most common cryptocurrencies used by Brazilians in August were: bitcoin with 2.1 million transactions; and stablecoin tether with over 80,000 transactions. The average amount transacted in Tether was R$92,768 ($17,840), while Bitcoin was lower at R$674 ($130).

According to Thomaz Fortes, head of crypto operations at Nubank, the main use case for cryptocurrencies in Brazil is speculative investments. However, “retail growth in the number of users in crypto has been much faster than in the equities markets,” Fortes told Chainalysis.

Founded in 2013 in Brazil, Nubank is the pioneer and largest Latin American digital-only bank. After one month of launching its crypto trading platform Nucripto in June 2022, it reached 1 million users in Brazil.

These local alternatives, together with the recently passed legislation, arrive at a contentious moment in the cryptocurrency sector. FTX, the third largest crypto exchange in the world, has filed for bankruptcy in the United States. Brazil was home to the largest number of users affected by the FTX collapse in Latin America.

How Well Has Brazil Regulated Cryptocurrencies?

Brazil has been stimulating the financial technology industry since the early 2010s to cater to the unbanked population. By consistently expanding the regulatory framework for digital payments, digital and open banking, crowdfunding, and digital assets, Brazil has in a decade reduced the number of residents without a bank account from 45 million to 34 million.

Regarding cryptocurrency and its infrastructure technology, blockchain, the BCB, and the Financial and Technological Innovation Laboratory (LIFT), started an initiative to develop blockchain-based projects in 2018. Two of the ongoing projects are a blockchain-based platform for the custody and exchange of assets and the creation of liquidity pools.

This regulation defines cryptocurrency as the “digital representation of value in its own unit of account, the price of which can be expressed in local or foreign currency, traded electronically using cryptography and distributed registration technologies, used as a form of investment, value transfer instrument or access to services, and which is not recognized as a currency.”

In March 2021, the CVM approved crypto ETFs, and one month later the first bitcoin-based ETF was launched on the Sao Paulo Stock Exchange. After the regulatory green light, crypto ETFs have bloomed in Brazil, with at least seven available.

What Are the Next Steps?

To enter into force, PL440/2021 is awaiting a presidential signature.

While Bolsonaro has not commented on the topic, he was the one who nominated crypto enthusiast Roberto Campos to lead the BCB in 2019. Moreover, Flavio Bolsonaro—the president’s son and a senator, favored the bill during senate voting.

If not signed into law in 2022, President-elect Luis Inácio “Lula” Da Silva will be the one to decide the bill’s fate. Lula has acknowledged cryptocurrency expansion in Brazil and backed the need for heavy regulation.

Once the legislation enters into force, local companies will have a six-month grace period for compliance. In addition to the bill to allow crypto payments and investments, other pieces of legislation and reforms are being debated in Brazil’s Chamber of Deputies. These include a bill to regulate cryptocurrency mining, the bequeathment of digital assets, and further surveillance of suspicious activities.

While crypto owners have favored regulation of crypto payments and investments in order to promote their adoption, they are concerned when it comes to Brazil’s central-bank digital currency: the digital real. Expected to be launched in 2024, the digital real will give the BCB greater control over the public’s money.