Before Preaching Democracy, America Must Lead by Example
Skip to content 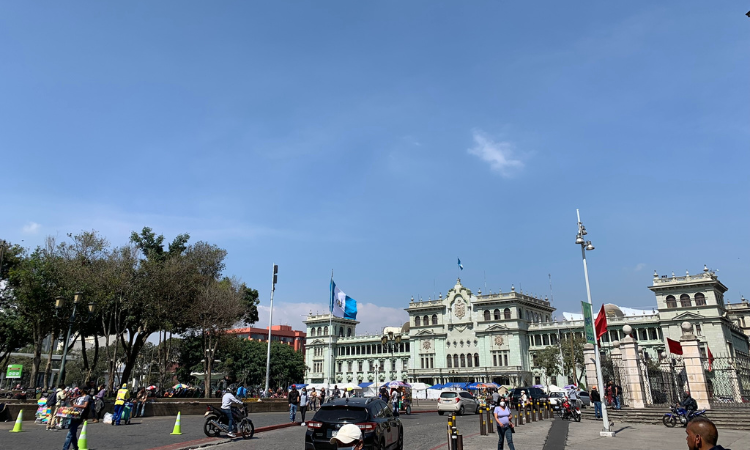 Elections are better run in Guatemala than they are in the United States. (Mauro Echeverría)

In World Politics Review, Dinorah Azpuru recently wrote of the problems with Guatemalan democracy, of which there are many. Her sources, assumptions, and inferences, however, demonstrate a desire for something other than democracy.

A specialist in the democratic culture of Latin America, Azpuru references the US State Department (DOS) as a credible source on the following subjects regarding Guatemala: corruption, a supposed authoritarian turn, persecution of journalists, and participation of business elites in the corruption of the political class.

Long gone, apparently, are the days when academics specializing in Latin America attributed the bulk of the region’s problems to US interference. Now the DOS is the font of wisdom and truth.

Democracy for Me but Not for Thee

Azpuru begins her article with this telling statement:

“Recent elections in Brazil and the United States may have reinforced the impression that democracy is alive and well in the Americas.”

These clear references to the electoral losses suffered by presidents Donald Trump and Jair Bolsonaro reveal a bias. If the left wins, democracy is alive and well. If the left loses, the threats-to-democracy narrative comes alive.

Azpuru’s article also opens with a photo of Guatemalan president Giammattei speaking at the 2022 International Religious Summit—as if Christian political activism were evidence of democratic regress.

Unqualified to Be a Role Model

Elections are better run in Guatemala than they are in the United States. Since 1996, Guatemala has held seven undisputed elections, while the United States has seen its presidential elections widely disputed in 2000, 2004, 2016, and 2020. Collusion among intelligence agents and big tech to censor political viewpoints and interfere in electoral outcomes occurs on a massive scale in the United States, but not in Guatemala. The Guatemalan president does not have a submissive press corps to shield him from criticism, as Biden does. Lastly, Guatemala has nothing like the US power elite’s plan to abuse the legal system to silence critics of the (Biden) presidential administration for legitimate scandals.

Measuring Democracy with an Antidemocratic Agenda

Regarding democracy rankers, the endeavor to measure the existence and quality of democracy is not well served by the intrusion of overt political bias. That is precisely what so-called NGOs do when they serve the interests of the US foreign policy cabal inside the DOS.

Azpuru makes extensive references to outfits such as Freedom House, V-Dem, IDEA International—all of whom agree that democracy is regressing in Guatemala. She might as well have only referenced the DOS. Freedom House receives over 90 percent of its funds from the US government. V-Dem is funded by George Soros, USAID, the European Commission, and IDEA International. The latter is itself funded by the European Union, USAID, and progressive groups like UN Women.

These are all entities that fund and promote radical causes unpopular in the developing world. Their interests do not lie in promoting democracy, but in preventing democratic outcomes that run contrary to the policy preferences of western political and bureaucratic elites, as Richard Hanania has demonstrated.

Azpuru notes that the United States has directed millions of dollars in aid to Guatemala, ostensibly to bolster democratic governance, civil society, and the rule of law. From USAID’s website, one can see the sum is almost $2.8 billion from 2001 to 2021. Approximately $500 million was disbursed under the category of Democracy, Human Rights, and Governance (DHRG). Bear in mind that political funding by USAID also increased in the years leading up to the assumption of power by radical leftist governments in Honduras and Colombia.

What the US officials appear to understand as democracy is a left-wing political agenda that reigns in the Western world but nowhere else. Abortion, the LBGT agenda, and same-sex marriages, for example, are controversial issues in countries such as Guatemala.

What is the solution to the rejection of the US woke agenda abroad? Pour money in to create an exogenous civil society, an NGO cohort, and media agents to circulate the DOS narrative. External aid is conditioned on the ability of foreign agencies to change local political preferences. So much for the promotion of authentic “democracy” in the world.

If the United States really wants to promote Republican democracy in the world, she should lead by example. The United States cannot expect Guatemala to take her seriously on government integrity when her own corruption scandals are routinely rewarded with impunity. Agents of the US intel, justice, and diplomatic communities have left the reputations of once-revered US institutions in tatters. If Americans no longer trust their own institutions, no one should be surprised that foreign countries do not trust them either.

The last time the United States outsourced meddling to a UN body—CICIG—in Guatemala, the results were disastrous. Azpuru accurately references the massive support that the anticorruption effort led by CICIG had in 2015, after the resignation of the Pérez-Baldetti administration. She fails to mention that its support dissipated once Guatemalans perceived the CICIG was abusing its power for political ends. After that, CICIG became a focal point of political polarization, as it is to this day.

There is no substitute for US leadership by example. The United States must fix her own problems before she pretends to lead the world.