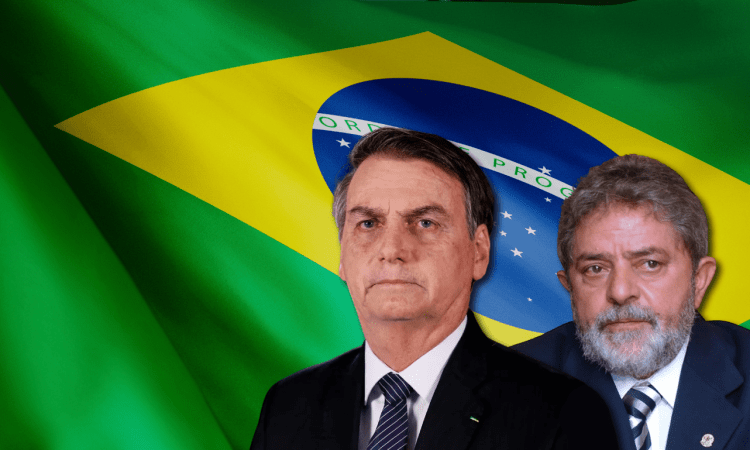 In the presidential election, Lula got 50.9 percent, and Bolsonaro got 49.1 percent. (Sebastián Díaz)

Given Luiz Inácio “Lula” da Silva’s narrow win versus Brazilian President Jair Bolsonaro on October 30, the left will be back in office after six years. Lula’s Workers Party (PT) intends to reverse policies that favor free markets and budgetary austerity, but the PT lacks support in Congress.

In the presidential election, Lula got 50.9 percent, and Bolsonaro got 49.1 percent. The support behind the narrow margin of victory did not suffice to take control of Congress. Bolsonaro’s Liberal Party (PL) became the largest minority in the legislative branch with 99 out of 513 seats in the Chamber of Deputies and 14 out of 81 seats in the Senate.

The right-wing alliance in Congress, led by PL, will be a strong counterbalance against the incoming Lula administration. The PT and its allies—which include the Communist and Green parties—are the second largest group with 79 deputies and nine senators.

In addition to the right-wing legislative force, the Lula administration will face the opposition of almost half of Brazilians. After Bolsonaro’s defeat, plenty of them have been holding protests with posters reading “SOS Armed Forces,” calling for military intervention to reverse allegedly fraudulent electoral results. As it stands, Lula will take office on January 1, 2023.

On the one hand, Lula is slated to become president again, despite being a prominent promoter of 21st-century socialism and being convicted of corruption. On the other hand, Bolsonaro got significant support: 43.2 percent in the first ballot and 49.1 percent in the runoff. This occurred amid a heavily criticized response to COVID-19.

Regarding the election of governors for the 27 states, Bolsonaro’s allies won 14 of them. The PL has built a strong presence in the conservative, agroindustrial states, including economic drivers São Paulo and Minas Gerais. In these states, they can continue promoting entrepreneurship and preparing for the 2026 presidential election.

The latter was proposed by former President Michel Temer to alleviate the economic crisis the country was facing. The fiscal deficit reached 10.2 percent of GDP in 2015.

The norm is somewhat flexible. For example, in 2020 Bolsonaro increased public expenditure to face challenges caused by the pandemic. This emergency option, however, cannot be used repeatedly. To do so, one would need to amend or repeal the provision.

Despite the economic effects of the pandemic, the Bolsonaro administration has been able to attain relative stability. Year-over-year inflation is 5.9 percent; public debt has dropped to 77.1 percent; and unemployment decreased to 8.3 percent in October 2022.

However, concerns regarding the orientation that Lula might take on fiscal and economic policies have had negative effects on Ibovespa—the main performance indicator of Brazil’s stock market. His appointment of Fernando Haddad, a moderate who served as Sao Paulo mayor from 2013 to 2017, as the finance minister has calmed concerns among financial markets and investors.

PT and its allies have from the beginning vehemently opposed the spending ceiling. The PT and its leftist allies have accused the Temer administration of wanting to dismantle the state. For instance, PT deputy Luiz Caetano said “the ceiling would make all public services, including medical care and security, go bankrupt. The only way out is mass mobilization.”

Following the PT plan, they will seek repeal. This would allow them to increase federal public spending to finance infrastructure and social programs, thus artificially stimulating economic growth with taxpayer money and debt.

The incumbent Senate—the first legislative body in reviewing bills—has approved a constitutional amendment proposal (PEC) to increase the public expenditure ceiling by 145 billion Brazilian reals ($28 billion) per year in 2023 and 2024. The PEC also seeks to remove the golden rule. The Chamber of Deputies, where conservatives hold a strong influence, will have the last word.

Lula’s main challenge will be how to finance his public expenditure promises without undermining the constitutional norms, risking fiscal stability, and damaging market confidence. Meanwhile China, Brazil’s major trading partner, is going through a dampened economy.

The primary challenges for the Brazilian opposition will be to maintain the norms for fiscal stability and to stop every attempt to undermine Brazil’s institutions.

The PT’s financial and political capital to execute its socialist program is limited, and the PT will depend on allies it might obtain while in power. This is positive news for Brazilians and their economy: the way forward on Lula’s end is to walk away from the far left and moderate his plan to enable governability and improve his legacy.